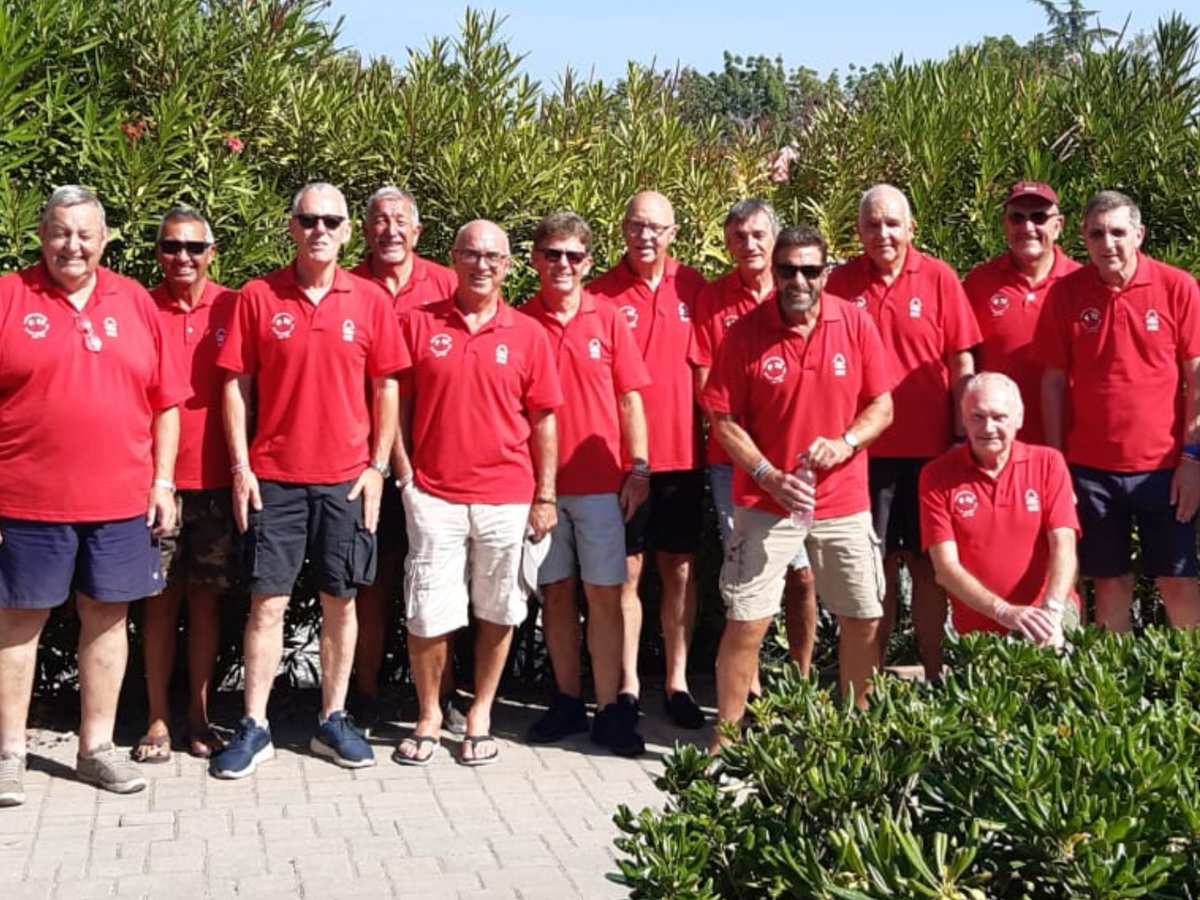 Mansfield Senior Reds (MSR) are a local over 50s walking football club based at Mansfield Rugby Club. Until the pandemic made its impact they had a busy schedule, playing in numerous tournaments, locally and throughout the UK and Europe. In addition, they promoted a number of events to raise funds for local charities. As a result, in 2019 they were awarded the prestigious accolade of ‘Club of the Year’ in the Mansfield Sports Recognition Awards, having taken the ‘Team of the Year’ title the previous year.
In September 2019 Mansfield Senior Reds travelled to Peschiera Del Garda on the banks of Lake Garda in northern Italy, to compete in tournaments at ‘Over 50’ and ‘Over 65’ age groups and became the Torneo Maestro Italiano Over 65 Champions (Italian Masters Tournament Over 65 Champions). They were unbeaten in eight matches and didn’t concede a goal.
The plan was to return to Italy in May this year to defend that title. Accommodation and flights were booked for the squad to travel and play in Italy. However, the surge of the coronavirus pandemic in northern Italy led to the competition being cancelled.
MSR, founded in 2014, have over 100 members – with many playing in their twice weekly sessions on the outdoor artificial surface at Mansfield Rugby Club. Those sessions have now passed another significant landmark, hitting the 450 mark with a total of over 8,000 attendees – that’s an average of almost 18 going to each session, equating to 8,000 hours of ‘EE’ (exercise and enjoyment) from the participants who are all veterans keeping fit and active! Sadly numbers have reduced slightly during the coronavirus crisis, with the complete lockdown followed by the club being able to train in small groups and then being allowed to play a non-contact, organised, competitive form of the game.
Recently, they enjoyed a scramble for planners with invitations for the club to compete in the International Walking Football Federation World Club Championships, hopefully taking place in Majorca in October 2021. In addition, there is a Mallorca Walking Football Tournament in May 2021 and tournament venues in Portugal and Cyprus to be considered.
Hopefully the domestic fixture list will start to take shape as the coronavirus subsides. Unfortunately, recent matches planned with Leicester City and Doncaster Rovers have gone by the board. With a playing staff of ‘seniors’, many of whom are in a vulnerable age group, risks have to be reduced to a minimum. To contact the club call 07837 661703 or email mitchred1865@gmail.com.