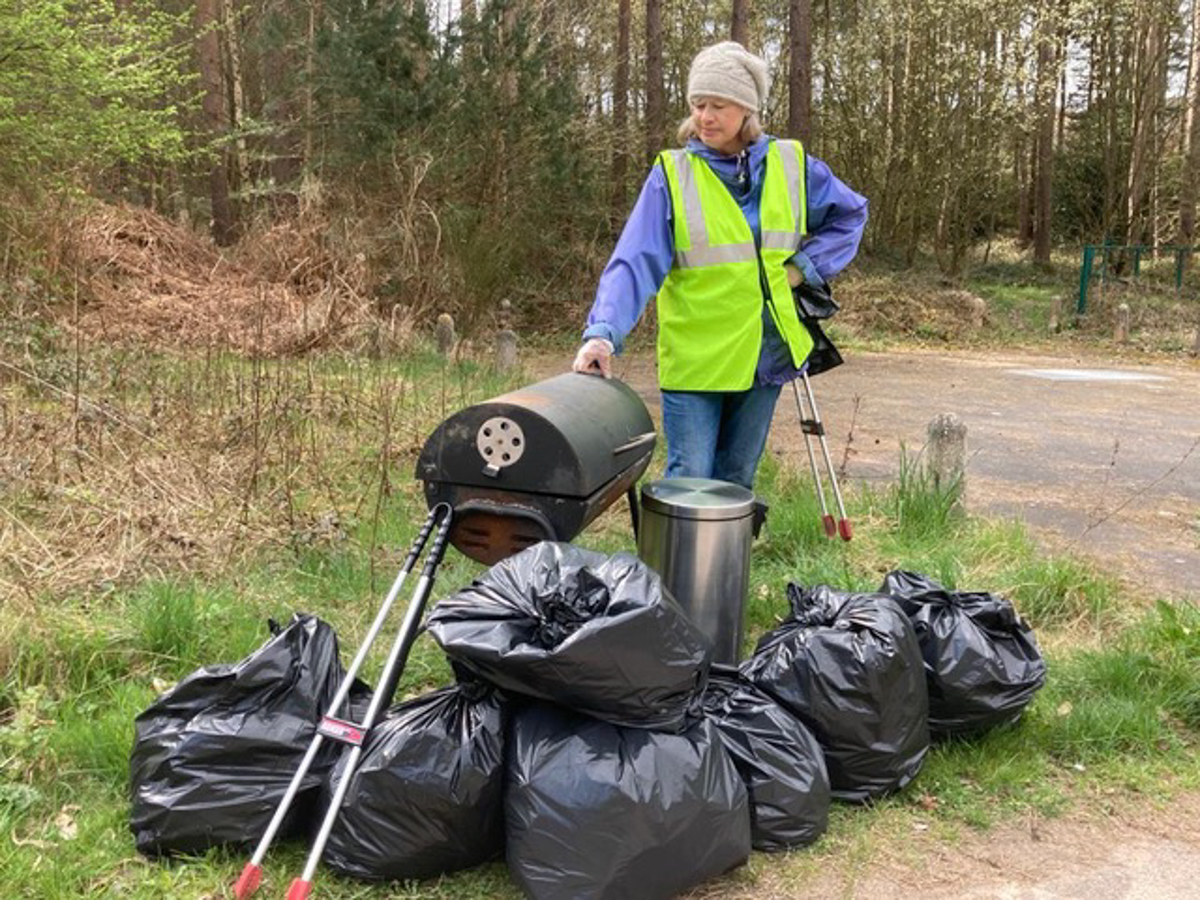 Fed up with the sight of litter, since January this year groups of volunteers organised by Paul Peacock, a local councillor for Edwinstowe Parish Council and Newark and Sherwood District Council, have been litter picking the road verges in and around Edwinstowe and Clipstone at least once a week. More and more residents are joining the campaign, with as many as 12 volunteers in a single session recently. Incredibly, they fill on average 22 large black bags of rubbish in a two-hour session.
The volunteers have been amazed at the items some people throw from their vehicles or fly tip. Unexpected finds include a barbecue and a pedal bin rescued from a hedge and numerous DVDs which could have been given to charity. They have expanded the litter picking to local field footpaths and bridleways where, sadly, some people discard cans, bottles, crisps and sweet packaging, etc, on the paths. They also find a lot of dog poo bags on paths or thrown into hedgerows, trees and watercourses, even where dog bins are provided for safe and hygienic disposal. These plastic bags and packets won’t biodegrade and will leave plastic particles for generations to come; they are unsightly and spoil these country walks for other footpath users who just want to enjoy beautiful, unspoilt countryside. The dog poo bags are very unpleasant to pick up, but sadly it is necessary.
Their aim is that the litter picking volunteer movement will grow and continue. Paul is appreciative that some residents in local villages have already taken it upon themselves to litter pick regularly and that volunteers are needed as councils are hard pressed to deal with this ever-growing deluge of rubbish. Much of this rubbish is dangerous to our pets and wildlife.
More people than ever are out walking local paths now and volunteers would like not to be needed. Please ‘bag it and bin it’…or take litter home for disposal. If you would like to volunteer to help the campaign you can find Paul on Facebook or 07956 370984.