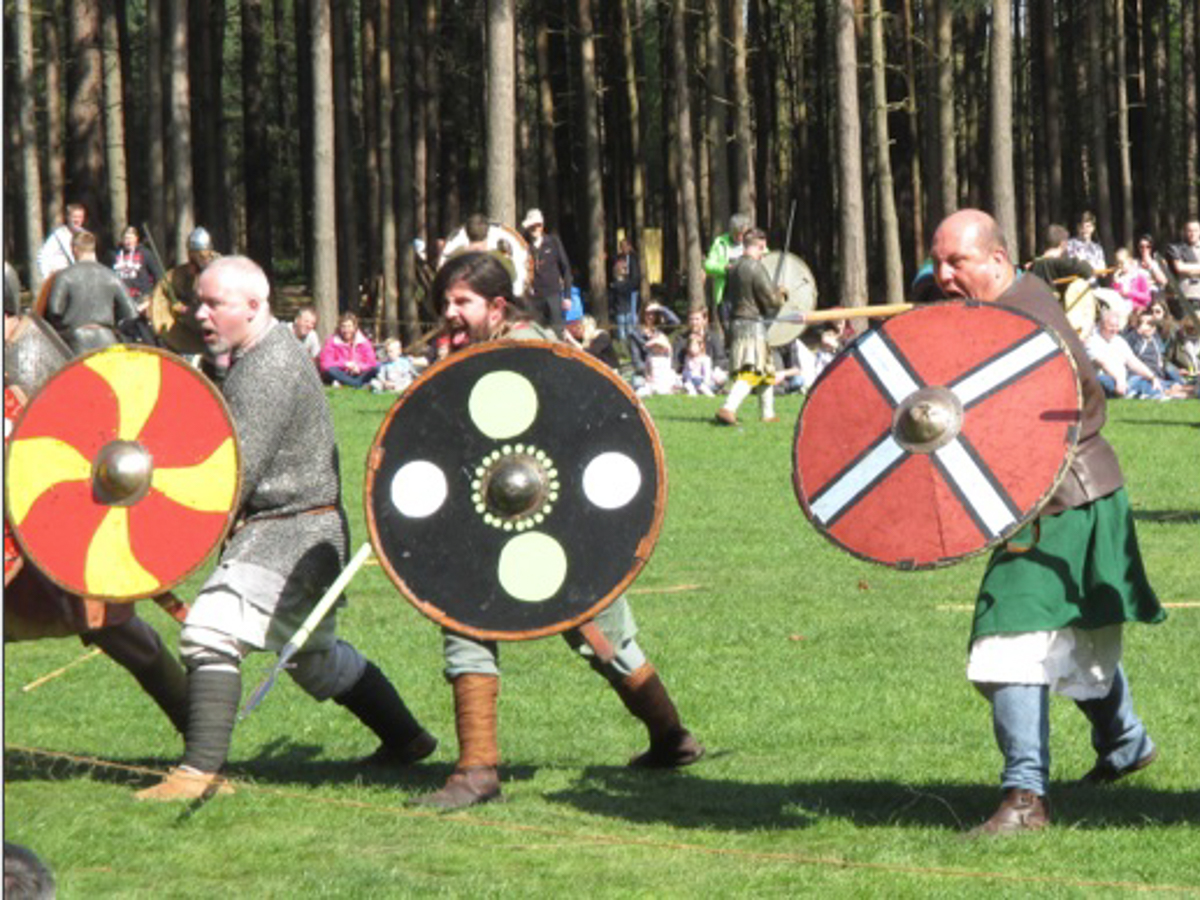 by The Friends of Thynghowe | 9 May 2018 | Community Event, Heritage, Sherwood

The brilliant re-enactors of Regia Anglorum will be returning to Sherwood Pines for the annual Viking Spring Thing over the weekend of 12th and 13th May. Celebrate Sherwood’s rich Viking heritage from 10.00am to 4.00pm, on each day by watching warriors battling in the arena and visiting the authentic living history camp, to witness a wide range of crafts from the Viking age.

In the year 865 the Viking Great Heathen Army invaded. After occupying York in 866, they moved south to Nottingham in 867 where they were confronted by the armies of the kingdoms of Mercian and Wessex. After a negotiated withdrawal back to York they established winter camps alongside the River Trent at Torksey and Repton before moving south to Wessex for the battles against King Alfred’s army.

The local links to this turbulent time will be the focus for this year’s Viking Spring Thing. The re-enactors will be taking us back over 1,000 years as they recreate the violent conflicts from that time and also demonstrate the skills needed for everyday life in Sherwood Forest by the Danes who settled in Sherwood.

This is a free event, although the usual Sherwood Pines parking charges apply. The Spring Thing is organised by the Forestry Commission, Regia Anglorum and The Friends of Thynghowe.

The local history group, The Friends of Thynghowe, is involved in organising events to share the heritage of northern Sherwood. Thynghowe is a Viking age site on the borders of Warsop, Budby and Edwinstowe where ‘Thing’ assemblies would have been held by the Danish Vikings who settled in the area. For more information go to www.facebook.com/thynghowe and www.thynghowe.org.uk.