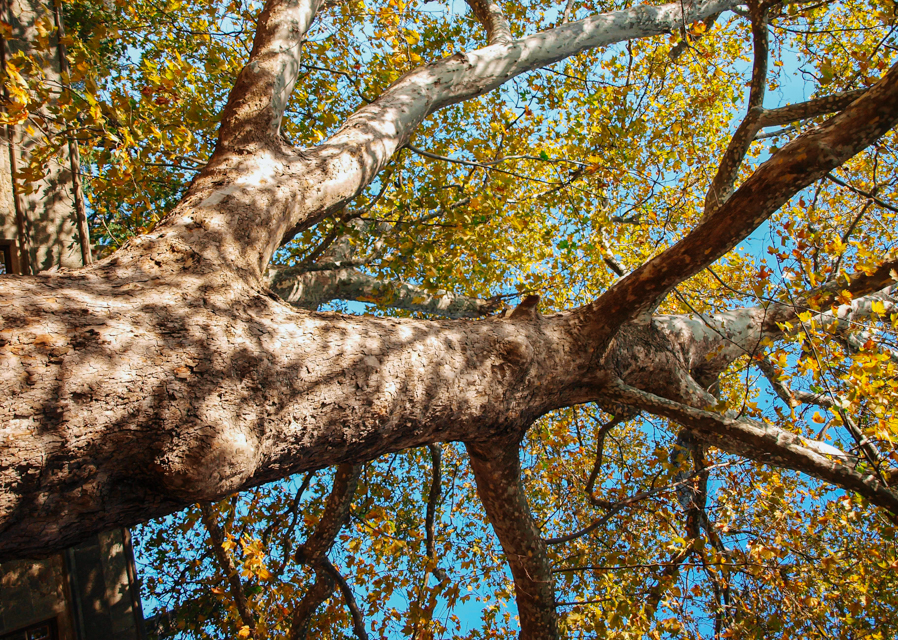 Last time I wrote about the birch tree, one of the most overlooked and underrated trees in this area but in reality one of the most attractive and important of our local trees. This month I thought I would continue in similar vein by writing about another such tree, only this time one that in some circles is actively unpopular and not just overlooked. I refer, of course, to the sycamore, the hate object of many motorists who have parked their car under the tree and returned to find the bonnet covered in sticky stuff.

The hostility of car owners may well be misguided. After all, sycamores have been in existence much longer than cars. They probably date back to the time of ancient Egypt and are likely to have been brought to this country by the Romans. Their history, ancient as it is, is at least by association, honourable. The Tolpuddle Martyrs met under a sycamore in their attempts to form a trade union in 1834 and suffered transportation to Australia for many years for their pains. The tree, incidentally, still stands.

It can be a very large tree, up to about 35 metres tall, and can be of a very broad build. Unfortunately, in this part of the world it frequently does not reach this size or breadth because of its fertility. It seeds itself very readily and grows quite quickly so, in woods it tends to be surrounded by other trees which inhibit its growth. The leaves are dark green and very large with five toothed pointed lobes. In many of the local woods a large number of sycamores can be seen with the other trees but due to the limited space available to them they are of limited growth and breadth. A good example is in the first mile or so of the road to Worksop, particularly on the right, where many trees of differing sorts can be seen amongst the silver birch and pine trees.

Occasionally they can be very spectacular. I am lucky to be able to see a group of three sycamores from my back garden. In autumn the leaves turn a brilliant red gold, far more spectacular than any other tree I know. However, one of the most memorable sights I have ever seen was when I had been walking in Boughton Brake a few years ago. I came out of the Brake in the latish afternoon with the sun setting behind me. I was facing towards the pumping station when the sun suddenly lit up the trees surrounding the station. There were four or five sycamores in the line of trees and their leaves suddenly exploded into a brilliant golden fire. I have never forgotten it and I would recommend anybody to go and look when the sun sets on an autumn afternoon.

Next month, by way of change, I hope to write about a local insect which, among other achievements, has mastered the technique of jet propulsion!