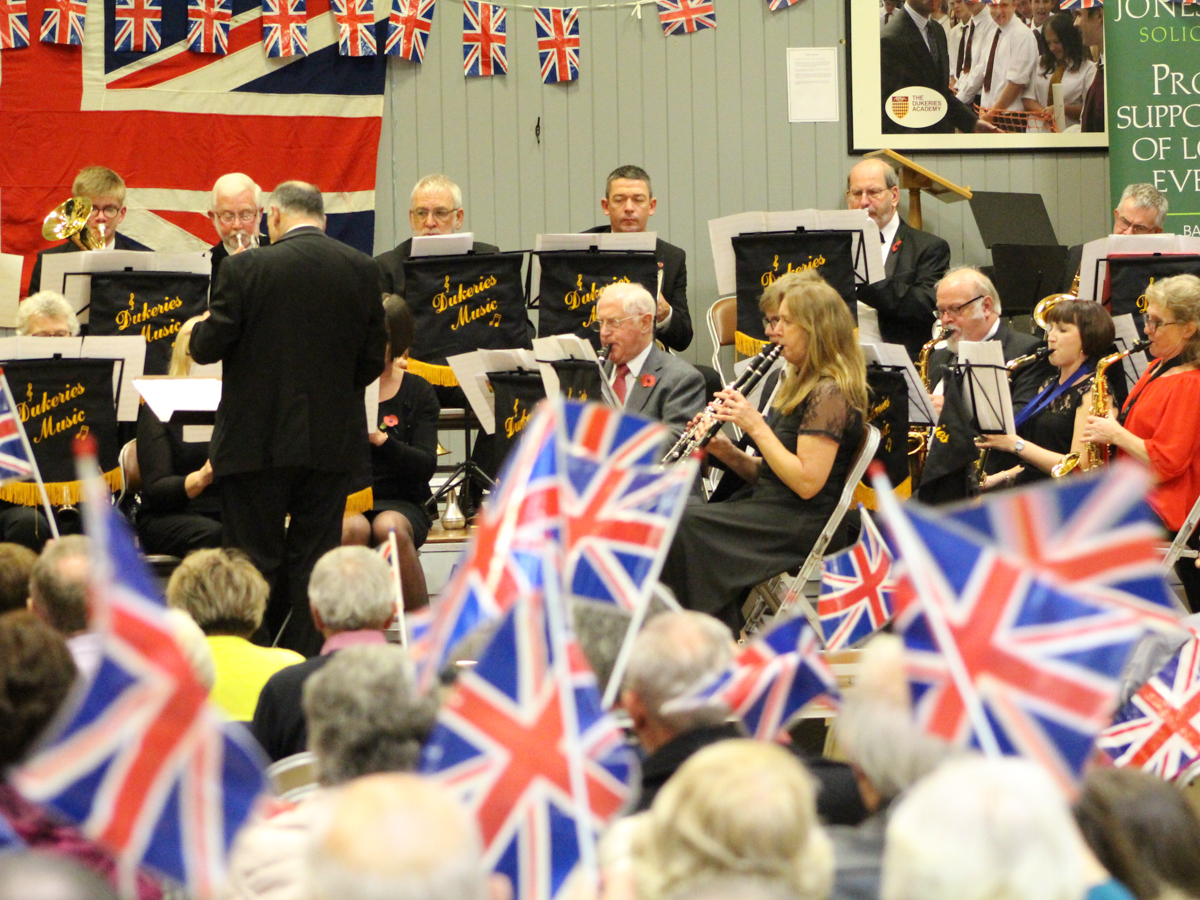 On Saturday 9th November the Sherwood Forest Rotary Club presented their 39th Annual Proms Concert. The concerts began in 1980 as Brass Plays the Proms, organised by Rotarian Malcolm Bevan who is still in charge of the popular event.

This year the Dukeries Academy began the concert with their band and choir before handing over to two regular members of the Proms Concert, Susan Kilner and Jonathan Price accompanied by John Catling.
Community Voices is a group of singers who rehearse specifically for the concert over a period of six weeks. At this concert they performed songs which included famous titles by Frank Sinatra and Tina Turner.

New to the Proms stage were the Edwinstowe Handbell Ringers, who proved to be very popular with the audience.
The Dukeries Community Band completed the first half with some ‘Big Band’ sounds and led the audience through the second half with traditional Proms favourites.

The evening raised over £1,200 and the proceeds from the singing of ‘Pennies from Heaven’ raised approximately £130, which has been donated to the Breakfast Club at De Lacy Court which is organised by Jeanette Tomlinson. The money went towards their Christmas party.

Thanks to all who took part at this year’s Proms Concert and to those who came to support them. The Sherwood Forest Rotary Club hope to see you next year when they will be celebrating 40 years of their Rotary Proms.