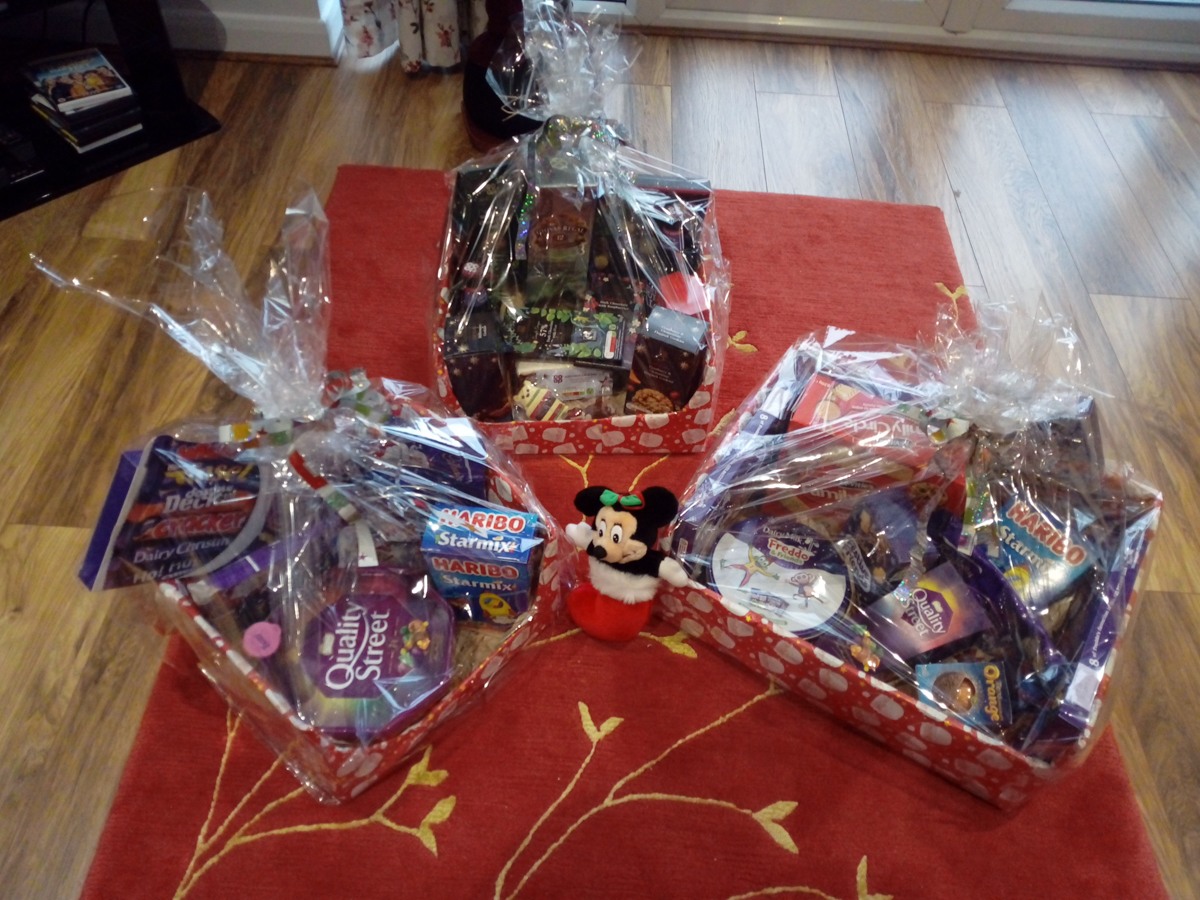 Christmas for the Lions has been difficult, has it as for the majority of Sherwood Life readers, but in true Lions spirit, Edwinstowe and the Dukeries Lions Club hope they gave a lot of children and adults joy seeing them with Santa and his sleigh. They visited various car parks Edwinstowe, Walesby, Ollerton and Bilsthorpe and were welcomed by everyone. Thank you to all owners of these car parks for allowing them on their property.
Unfortunately this Christmas they were not able to raise as much money as previous years – they weren’t able to hold Santa visits at supermarkets, they didn’t get to as many locations as they would have wished and they couldn’t knock on doors around the streets. However, they wish to say a big thank-you to Tesco Ollerton for donating lots of prizes for their Christmas hamper raffles, to Asda Ollerton who donated a trolley full of goodies and to Co-op Edwinstowe for their donations. Without this helps, they wouldn’t have been able to hold raffles. They stood outside Co-op Edwinstowe with a hamper raffle and other raffles were done online and at strategic points around the villages they visited.
If you could donate to the club via the Edwinstowe & the Dukeries Lions Club Facebook page or their Just Giving page, they would really appreciate it.
The club’s Ambassador of the Year nominee, Rylie Gretton, made his presentation for the district finals and did an excellent job. In these uncertain times it was held via Zoom and Rylie explained to the judges what he has done to help the Sheffield Hospital where he has been treated for his illness. The other charity he would have liked to help was Ollerton Rugby Club, who have helped Rylie in his recuperation. Alas, Rylie was not successful in the finals but the judges highly commended him for his sterling work and were very proud of him, as are Edwinstowe and the Dukeries Lions.
The club hope all readers have had a very good Christmas and hope that 2021 brings more cheer than the previous year. Fingers and everything crossed. If you have a query or want to know more about the Lions please contact Robert on 07815 473802.