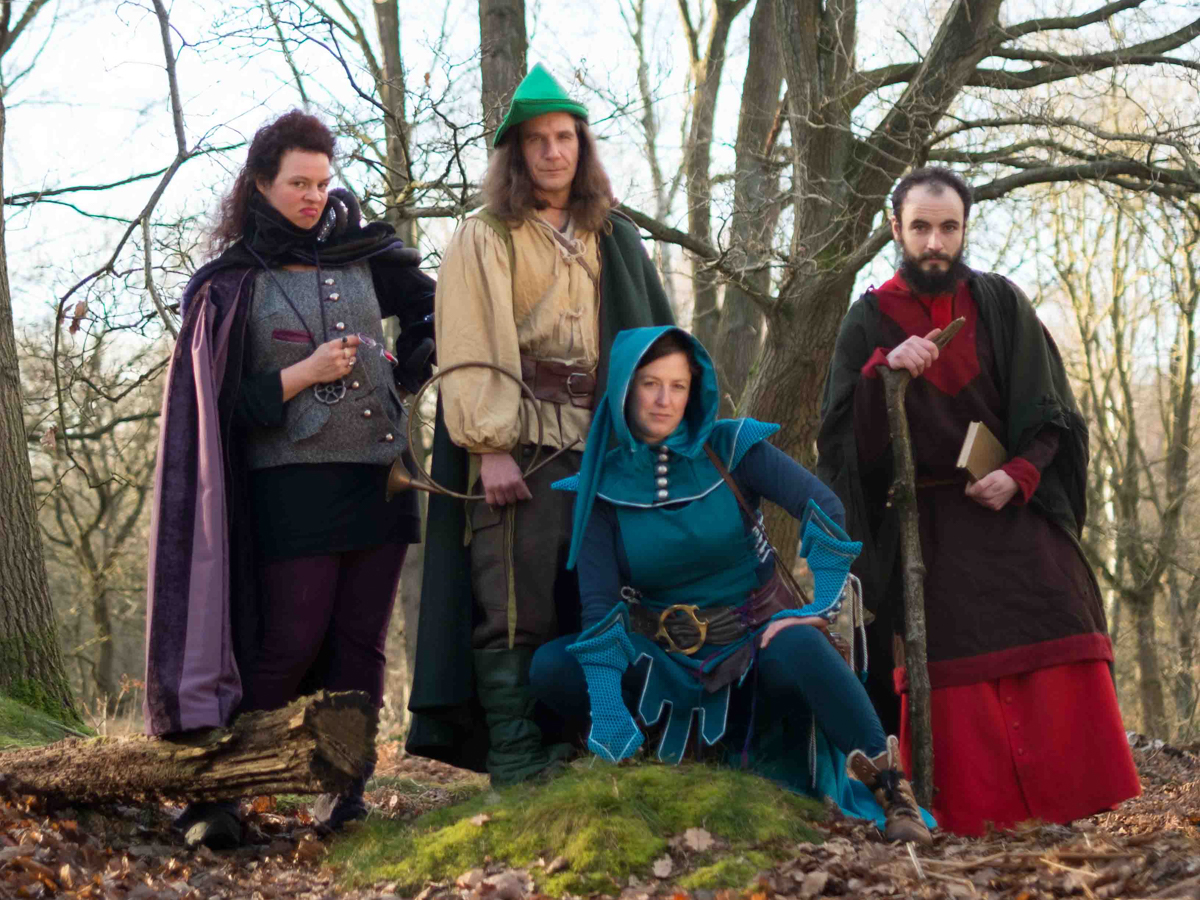 Family fun days and lantern parades and events are taking place throughout March as part of an anti-fracking campaign organised by Friends of Earth.

Working with local activists and anti-fracking groups, this is Friends of the Earth’s largest scale campaign to date. Robin Hood and his Merrie band are riding out to “save Sherwood Forest and the rest of the East Midlands from shale gas fracking by chemical company INEOS,” say Friends of the Earth.

Fracking firm INEOS want to explore for shale gas in Sherwood Forest, and their fracking plans threaten to industrialise the English countryside. But people are successfully fighting back, with recent council votes against INEOS’ drilling proposals in Derbyshire and Rotherham.

Family fun day events with street theatre, face painting, music, games and more are being held in Eckington and Bolsover with street theatre pop-up performances in Edwinstowe and Sheffield on Saturdays throughout March. These will be followed by evening lantern parades and events with large scale illuminated puppet finales. In the week preceding these events there are free workshops in the respective locales where people can make their own lanterns to carry in the Saturday parades. Dressing up in Robin Hood, Maid Marian or Merrie band costumes or in green are strongly encouraged!

In Edwinstowe, lantern-making workshops will be held at Outside The Cave and South Forest Centre at 6.00pm, 7.00pm and 8.00pm daily from Tuesday 27th February to Friday 2nd March. This will be followed by a street theatre pop-up performance outside Edwinstowe High Street on Saturday 3rd March from 12.00pm to 2.00pm. finally, a lantern parade will take place at 6.00pm on the Saturday from High Street to the Royal Oak with an illuminated puppet performance finale.

Local resident Deb Hodson, from Frack Free Sherwood Forest and Edwinstowe, said: “I truly believe we don’t inherit the earth from our ancestors, but we must become caretakers for future generations.
“Join me and my family at the Sherwood Forest lantern parade to shine the light on the threat of fracking on our beautiful, majestic ancient forest and countryside. Help us to illuminate the potential risks of fracking to others in this child and family friendly event.”

Further information on the events can be found at: www.friendsoftheearth.uk/climatechange/save-sherwood-forest-fracking. To find your nearest workshop and reserve your space please search: “robin hood vs fracking” at www.eventbrite.co.uk. Lantern making workshops are free, but you need to book in advance in order to ensure your space.