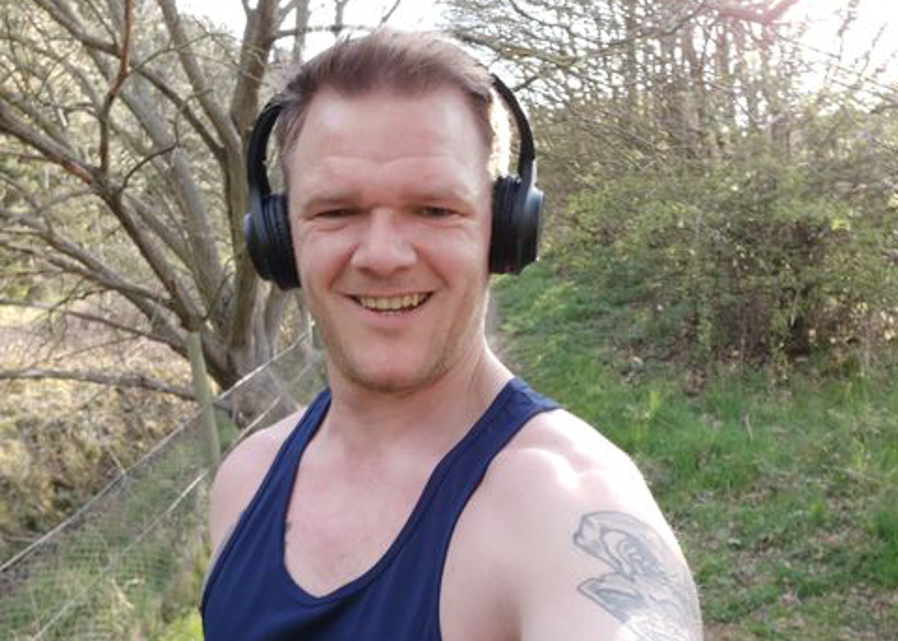 After starting running as a hobby last year during the second lockdown, Ollerton’s Ricky Clay is busy clocking up the miles as he prepares to run the London Marathon 2021 for a charity close to his heart.
He is appealing for sponsors from his fellow Sherwood Life readers, to support his challenge in October in aid of MS Society UK.
Multiple Sclerosis (MS) has affected Ricky’s family for many years and he would love to see a cure found for it. His Dad was diagnosed with it in 2003 and since then, he has witnessed first hand just how much his condition has worsened.
“It has been heart breaking seeing him fall, seeing him in pain and knowing that there’s no cure,” Ricky said.
“I recall the memories of when I was a child, playing football in the garden with him and it saddens me to know that he won’t be able to do any of that with his grandchildren. All because of MS.
“If that’s not enough, my sister was also diagnosed with MS in 2019. They are both extremely strong people who do their very best to carry on as normal as much as possible and I’m extremely proud of them both.”
Having taken up a fitness regime during the second lockdown as a means of keeping busy, Ricky started running. At first he built up to doing 5k, then 10k and he surprised himself by running a half marathon.
“It was then that I thought about the London Marathon,” he added. “Initially I thought it was crazy and I’d never get a place but I fired off an email anyway and eventually I got the reply… I’d got a place!”
If you’d like to donate to Ricky’s challenge visit www.justgiving.com/fundraising/ricky-london-marathon.