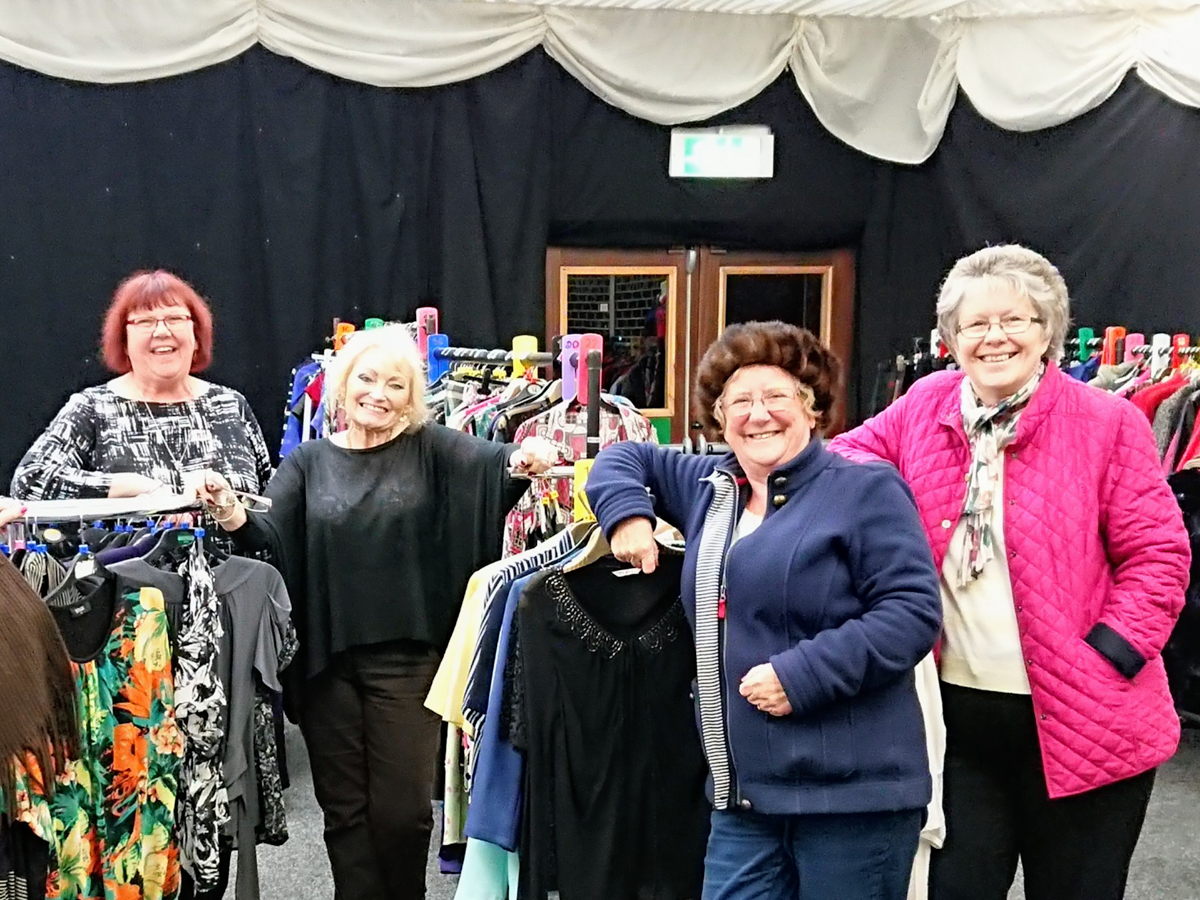 Record success for the Inner Wheel Club of Warsop

The Inner Wheel Club of Warsop was one of the first holding their Christmas Market on 15th November at the John Fretwell Centre and 2017’s event was a record fundraising success.

At a market you would expect to find a wide range of stalls, which is what you get at Warsop. Each year the club has their traditional favourites such as ‘Pluck a Duck’ and the bric-a-brac stalls. They also try new stalls, such as the £1.00 bag stall, which was such a success in 2016, that it has been adopted and will be back each year.

The day dawned and was full of surprises and people setting up before the doors opened. There were so many stall holders this time around that the club almost ran out of tables. There were a few new faces to welcome from East Midlands Labrador Rescue and The D Boutique. Once everyone was settled President Helen opened the 2017 Christmas Market at 10.00am.

A mince pie and a hot drink were available with the ticket price of £3.00 and a steady flow of Inner Wheel members from District 22 started to come through the doors.

There were also people from the local area, friends and family who came to support the event. At the end of a very busy, cheerful and festive morning, the doors closed. Treasurer Anne announced that the takings were a record amount in the club’s history, since it started holding this event. President Helen was delighted as all the proceeds will be going in to the pot for this year’s charity, Autism East Midlands.

Well done to all who helped set up, volunteered on the day, turned up to support and bought on the day. The club could not do such great work without you all. From President Helen and everyone at the Inner Wheel Club of Warsop, wishes are sent for a prosperous new year.