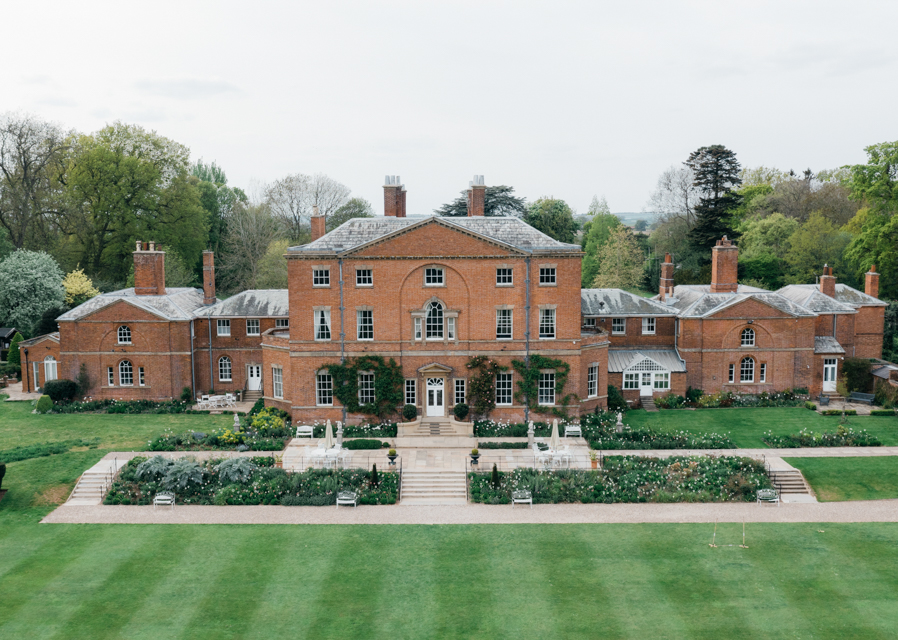 Tuesday 2nd August saw a long-anticipated event for Nottinghamshire Environmental Association – the first outside visit for two-and-a-half years, due to the pandemic.

A total of 27 members were joined by 10 non-members for this first visit, which was to Norwood Park near Southwell. As well as being the first meeting for the Association in 2022, it was the first ever group tour held by the owner of Norwood Park.
Following arrival refreshments, featuring fruit from the Park farm, the group was welcomed by the owner of the Park, Sir John Starkey. Sir John gave a history of the House and Park as well as the link of the family with the Park. He started with a little geology and talking without notes, Sir John exhibited a wonderful enthusiasm for the place which his family has called home for some 170 years. In about 1690 the then house was owned by the Archbishops of York before passing to various private owners.

In the 1850s the Georgian House and Park were bought by Sir John’s ancestors. Many changes have taken place to the House over this time, with many additions and re-stylings. His grandfather even turned the house right round, though not quite literally!

Following an introduction and a brief break for the group to look outside, Sir John took the group on a tour of the three floors of the House. The 62-room House is now a wedding venue.

The Park farm concentrates on soft fruit such as strawberries, blackberries and raspberries. In 1910 the owner, another John, had an orchard of the famous Bramley Apple planted. The Bramley was first grown in Southwell over 200 years ago. Those Bramley trees still form the basis of a whole section of the farm output.

The talk and tour, being both entertaining and informative, were very much enjoyed by the group. For more information about Norwood Park contact events@norwoodpark.co.uk.

The next visit for the Association is to Belton House near Grantham on Monday 12th September.

Indoor talks start on 6th October with ‘The Honey Bee’ followed by ‘A Plan – a Pasture and an Owl’ in November, and in December an Environmental Quiz followed by Christmas nibbles and drinks. All indoor talks will take place in Hallcroft Community Centre on Randall Way in Retford on the first Thursday of the month, starting at 7.30pm.

Membership is open to anyone who wishes to turn up. Fees are £10.00 for the year with an additional £2.00 for each of the indoor talks. The fee includes a cup of tea or coffee and a biscuit. For non-members, the talk fee is £3.00 per talk. Outdoor visits are at the cost set by the organisation being visited plus any travel costs. The Association is friendly and welcoming.