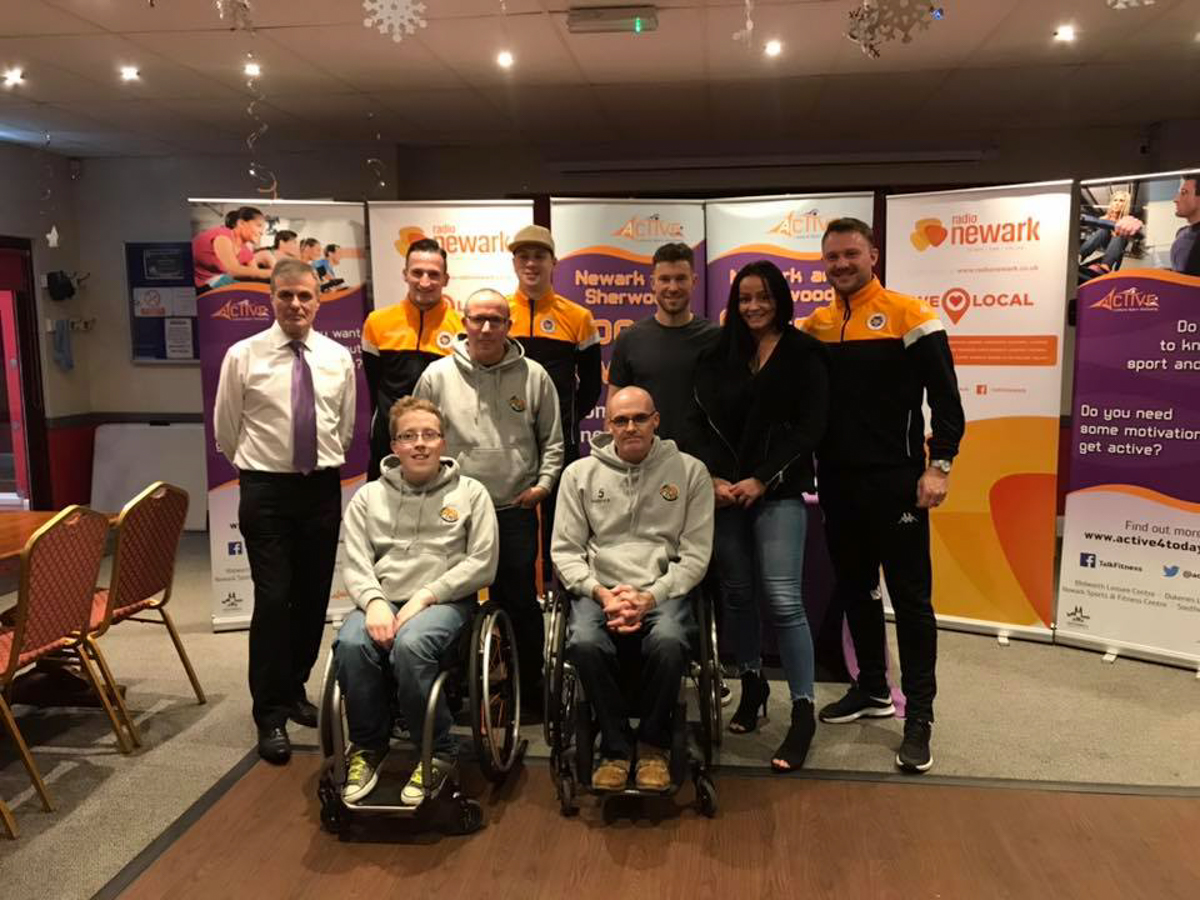 Top sportspeople in the district have been recognised in the annual Newark and Sherwood Sports Awards.

Junior Disabled Sportsperson of the Year
Meg Macfarlane
Meg Macfarlane is the first to win this award for a second time. Meg was born with Down’s Syndrome and underwent a series of major operations in her early years. She is a member of the British Inclusive Skating Squad and achieved the gold medal for ice, dance and figure at level 3 in Vale, Colorado last season. In April she took part in the UK inclusive skating championships in Glasgow and achieved a silver medal for figure skating at level 3 and level 1 free dance.

Sam White Junior Volunteer of the Year
Ben Greatbatch
An aspiring sports coach, Ben plays in Basketball England’s national league. He was awarded a VISPA (Volunteering in Sport and Physical Activity) platinum award for volunteering to coach in schools, leisure centres and within the community to children under 13. Ben is autistic and in the last year had other serious health conditions. However, he works tirelessly to overcome his challenges and achieve his goals.

Warwick Lane Junior Sportsperson of the Year
Olivia Whitelaw
Horse-rider Olivia competes at an international level, being selected for Great Britain on three occasions and recently taking part in competitions in both the UK and France. Olivia writes regular online blogs to inspire the younger generation of horse riders and also mentors younger riders, that have also been selected for Great Britain.

Club of the Year
Jaguars Wheelchair Basketball Club
Each team from the club competes on a national level and in May, the junior team qualified and played at the National Junior finals. The club proudly supports players of all abilities and ages. The youngest player is nine while the oldest is 76 and still plays in a national league.

Senior Sportsperson of the Year
Nina Bradley
International boxer Nina won the Commonwealth Super Lightweight Champion in September this year and the International Female Welterweight Challenge Belt Championship in December 2017. Nina works full time as a carer and her hard work, dedication and persistence has led her to an unbeaten record with six wins.

Senior Team of the Year
Newark Flowserve FC First Team
A promotion winning season earned Newark Flowserve FC First Team the Senior Team of the Year award. A resounding victory marked the end of the 2017/2018 season for the team. Scoring 30 more goals than any other team and conceding 14 less, the squad finished 25 points clear of the second placed team. The team has now gained promotion to Step 6 football of the FA’s National League System.

Coach of the Year
Mark Nesbitt
Mark has played a considerable part in the development of female sport in Newark, supporting the coaching of the ladies’ football team in Newark for more than five years. The girls football development sessions in Newark have enabled more than 60 girls from the ages of four to 12 to take part in football. Mark also runs the club on Saturday and has significantly increased the numbers in the four to seven age group.

Volunteer of the Year
Alan Swain and David Pick
Alan and David recently played an equal part in the redevelopment of the Newark Rugby Club facilities on Kelham Road, Newark. In the last year, the club has completed a five-year £1.4 million project to completely refurbish its clubhouse, with David being project manager and Alan leading the fundraising team.

Roll of Honour for Outstanding Contribution to Sport