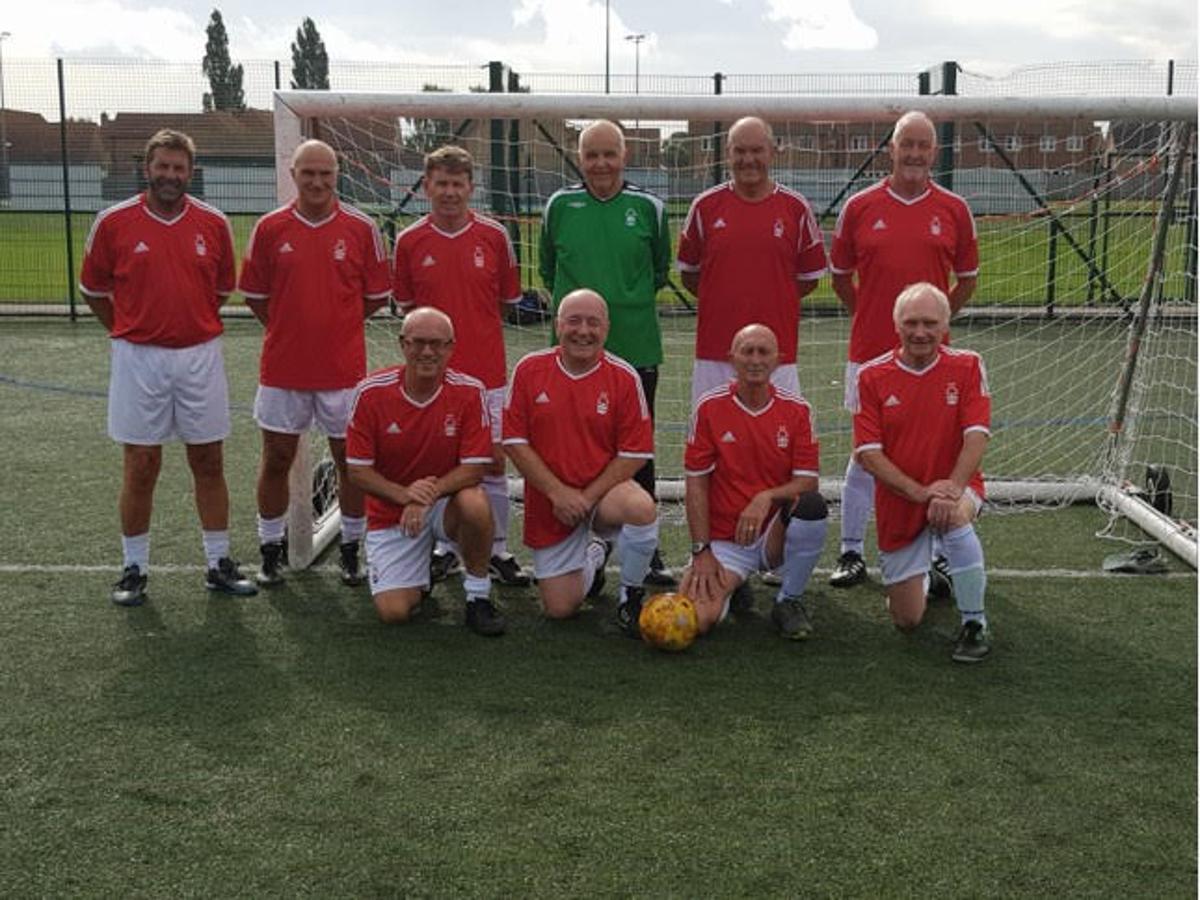 At the end of July, the Mansfield Senior Reds Over 50s Walking Football Club (MSR), the Mansfield Sports Recognition Awards ‘Team of the Year’, travelled to Lincoln to play in an ‘open age’ walking football tournament. This was to raise funds for the Lincolnshire Cardiac Rehab Charity. The eight teams entered were split into two groups, with each side scheduled to play all the teams in their group, followed by a final against their opposite number from the other group.

First up MSR played the host team Ruston Rebels and came out on top 2-0 with crisp finishes from Shaun Hird and Darron Hall. The second game was a close encounter with Welton Wanderers and it took a classy individual goal from Mel Pullen to ensure a 1-0 win. Needing a point to qualify for the first place final, MSR were heading for that draw when Darron Hall worked an opening, powerfully firing across the keeper into the net. The 1-0 win ensured MSR were in the first place final, with three wins from three games, four goals scored and an unblemished defensive record.
All the matches were tight and hard fought with plenty of good football played. In the final MSR met up with Charles James Old Boys (OB), who had won their group with two wins and a draw. Again there was little between the teams in a physical encounter. MSR were put under pressure for the first time in the tournament and found themselves trailing as they went into the later stages of the game thanks to a superb strike arrowed into the top corner. MSR were struggling to get their passing game going, but equalised late on when Shaun Hird struck to take the final into a penalty shoot-out. This was Shaun’s 40th goal for MSR in his 60th appearance.

The penalty shoot-out had strict rules in force for steps before striking the ball and these were rigidly enforced by the referee in the three player shoot-out. MSR chose to go first with their first two attempts disallowed and Steve Birkin scoring the third, in this his 101st match for the club. In response the OBs, missed the target with one, had a second disallowed and Pete Mitchell saved the third. So MSR took home the silverware with a 1-0 scoreline.

The day was also about raising funds and MSR were also happy to assist in donating and helping to raise around £2,000 on the day for the Cardiac Rehab charity.