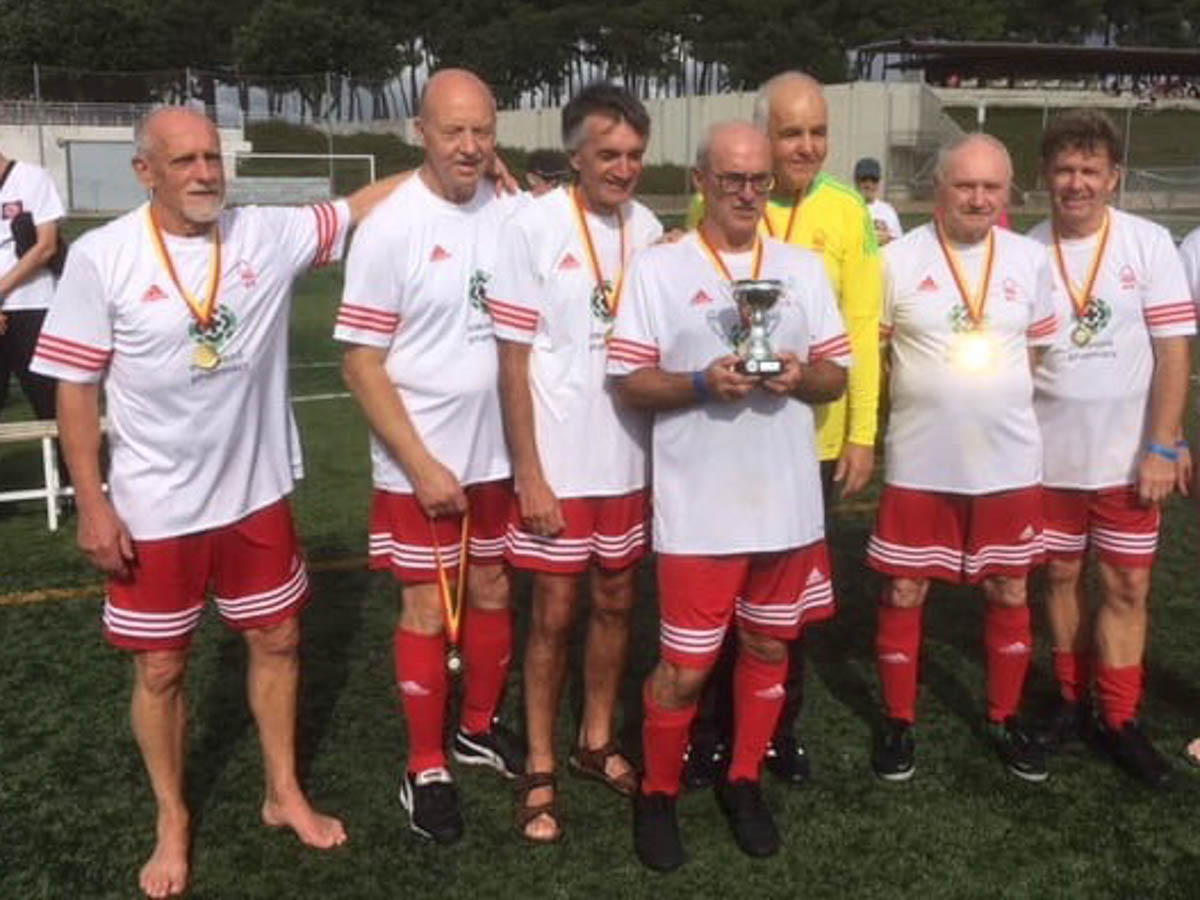 Mansfield Senior Reds, our local walking football club, have just returned from Cambrils near Salou in Spain as winners of the Lorus Copa Espanola Over 65s cup competition, which included clubs from Spain, England, Scotland and Italy. They also competed in the over 50s age category and came second in the plate competition.

In the over 65s, the Reds had a fantastic tournament and came out winners without conceding a goal in the eight matches contested. In the group stage they played four games, winning three and drawing one, scoring three goals with none against to top the table with 10 points.

Finals day was also played in a league format and they had an identical match return, this time with a 6-0 goal tally to go with another 10 points and the title. The nine goals were shared between Steve Haynes (four), Jes Healy (two), Steve Birkin (two) and Geoff West.

In the over 50s section, the Mansfield side went into the group stage playing three matches, drawing one of them to qualify through to the plate section. On finals day they again played three games, achieving four points and a total goal return of 5-3. In their final game they had to beat the opposition by two goals to finish second and completed the job with a 4-1 win. Darron Hall netted all five of his side’s goals.

Walking football started as a senior men’s health initiative but has caught hold throughout the UK and now Europe. Mansfield Senior Reds, an over 50s club, is based at Mansfield Rugby Club and was formed four years ago. The club has previously competed in both Spain and Portugal, together with numerous festivals and tournaments in the UK — a highlight being achieving the bronze medal position in a 2016 national tournament celebrating the anniversary of England’s 1966 World Cup win.