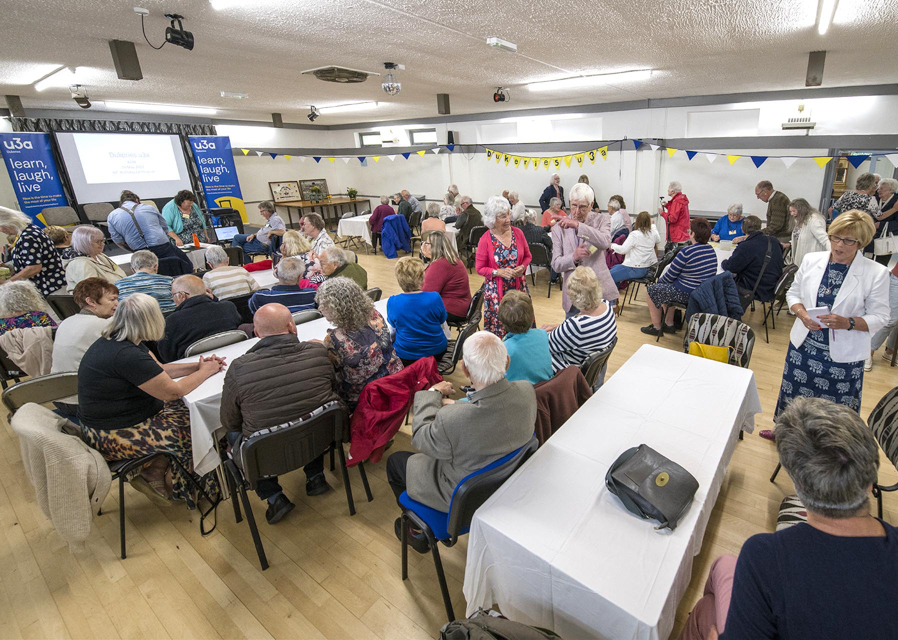 Make the most of life by exploring new ideas, skills and interests with Dukeries u3a

Founded in 1982, u3a is a UK-wide movement of locally run groups that provide a wide range of opportunities for adults who are no longer in work or raising a family, to meet and learn for fun, that is, those who might be called in their third age. There are now more than 1,000 groups with 430,000 members coming together to explore new ideas, skills and activities together.
Throughout 2022 u3a in the UK have been celebrating this milestone with a special programme of events.

Dukeries u3a was founded in 1992 by a small group of like-minded people who wished to enjoy their retirement by pursuing new interests and sharing skills obtained in their working lives. Meetings were originally held at the Dukeries School, before moving to their current home at Jubilee Hall in Ollerton. As well as their 30th birthday celebrations at the AGM in May and the garden party in August, Dukeries u3a will be taking part in the u3a 40th birthday festival week starting with a dinner dance arranged by Mansfield u3a at the John Fretwell Centre on 15th September.

Throughout the following week beacons will be carried by the 32 Nottinghamshire u3a groups to come together at Highfields Park, University Boulevard in Nottingham on Saturday 24th September when a great celebration will take place. In North Nottinghamshire, Worksop u3a will walk from Clumber Park on 19th September to hand over a beacon to Dukeries u3a to arrive at about 12.45pm. They will be greeted by Dukeries u3a members along the way. Readers, look out for the banners. Worksop u3a will be invited to stay for the monthly meeting after refreshments. In the evening, Dukeries u3a will be taking part in the Notts u3a quiz night via Zoom. The following morning Dukeries u3a will walk from the Miners Offices at Berry Hill to pass the beacon on to Mansfield u3a at their meeting place at Mansfield Football Ground.

The celebration on 24th September will include a surprise ‘flash mob’ dance which has been choreographed by Dukeries u3a member Janice. Members from Southwell u3a, Worksop u3a and Ravenshead u3a collaborated with Dukeries u3a to produce a Youtube film of the dance to be made available for Nottinghamshire groups to practise.

Dukeries u3a are one of the smaller u3a groups in Nottinghamshire and pride themself on their warm welcome to both new and existing members. They now have 140 over members drawn from Ollerton, Edwinstowe and the surrounding villages. Throughout the month there is a varied calendar of 17 activity and interest groups ranging from rambling to creative writing. They are pleased that two new groups for soft tennis and Christmas crafts are planned to start in September and October.

In addition there is a monthly members’ meeting when a visiting speaker speaks on a matter of interest followed by refreshments. Plans are also being made to start their social and travel calendar again.

Membership is open to adults irrespective of employment status. Annual membership up to 31st March 2023 are now available for £19.00.

www.u3asites.org.uk/dukeries/welcome
Chairperson, Lesly: 07756 436177 or du3achair2020@gmail.com
The next members’ meeting is on Monday 19th September, at 12.30pm after the arrival of the Worksop u3a beacon. The speaker is John Perry JP giving an insight into the role of the magistracy and the criminal and civil justice systems, with members being given the chance to try sentencing.