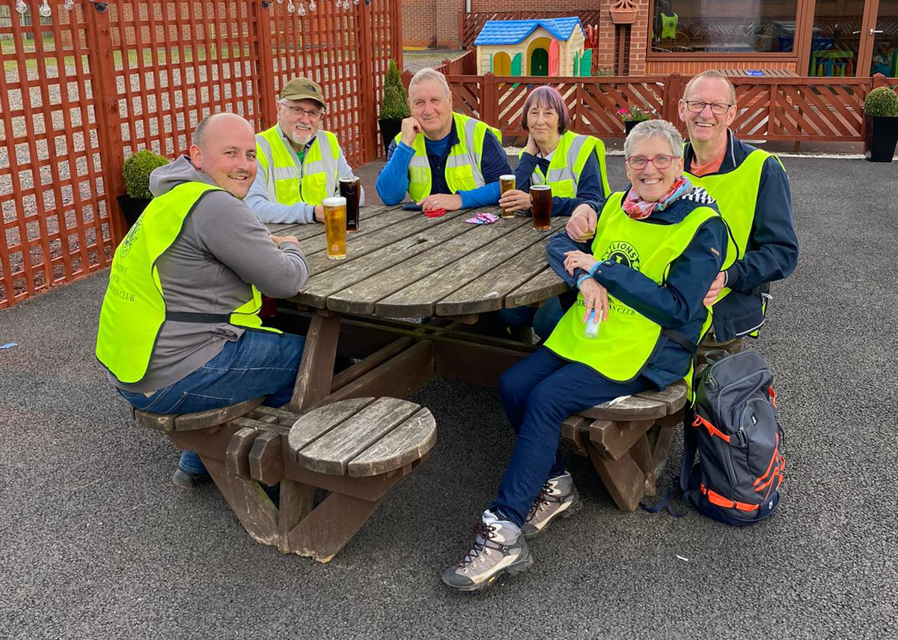 Message from The Woodhead Group
To mark the 75th anniversary of the Woodhead Group, over the next year, the Edwinstowe-based company will be fundraising for three different charities, including the Edwinstowe and the Dukeries Lions Club. Staff, customers and supply chain partners will be involved in a number of exciting charity events to raise money and give back to the local community.
The Lions take action every day to support their local community so they can make a lasting impact and change more lives. None of this is possible without the continued support and funds to aid each Lion’s valuable time and effort to improving their communities.
The company will also be supporting Lincolnshire and Nottinghamshire Air Ambulance and Mind Nottinghamshire.

Lands End to John o’Groats (or Lion’s End to John O’Groar) virtual walk
The group have now left Warwick Castle and on 19th June they did a group walk from Copper Beech at Bilsthorpe to South Forest Edwinstowe, with refreshment at the end. They also together did a walk from Dukeries at Edwinstowe via Sherwood Reserve and Thoresby Tip (for the view) to Hop Pole Hotel and return. At the moment they are in Berwick Upon Tweed enjoying the scenery.
Their progress is updated regularly on their Facebook page, where you can also sponsor or make a one-off donation to help. All monies will be shared between Lincs and Notts Air Ambulance and the Edwinstowe and The Dukeries Lions Club.

Roar 2021
As previously reported, the Roar competition is open to all schools with ideas about how we can save the planet. All local schools with the correct age students have been contacted and Parkgate Academy Ollerton has decided to participate. Good luck. If any other schools wish to join in call Robert on 07815 473802.

Sleigh refurbishment
The club are in the process of refurbishing their sleigh so it will be more comfortable and safer for Santa when he helps them at Christmas and, hopefully, they can get a new Sleigh too.

Fun Millionaires Nights
Now that, hopefully, we can be more sociable, don’t forget the club’s Millionaires Nights. They supply the ‘funny money’, croupiers all in smart suits or dress and casino type games. This event is good for group social nights and for community groups.