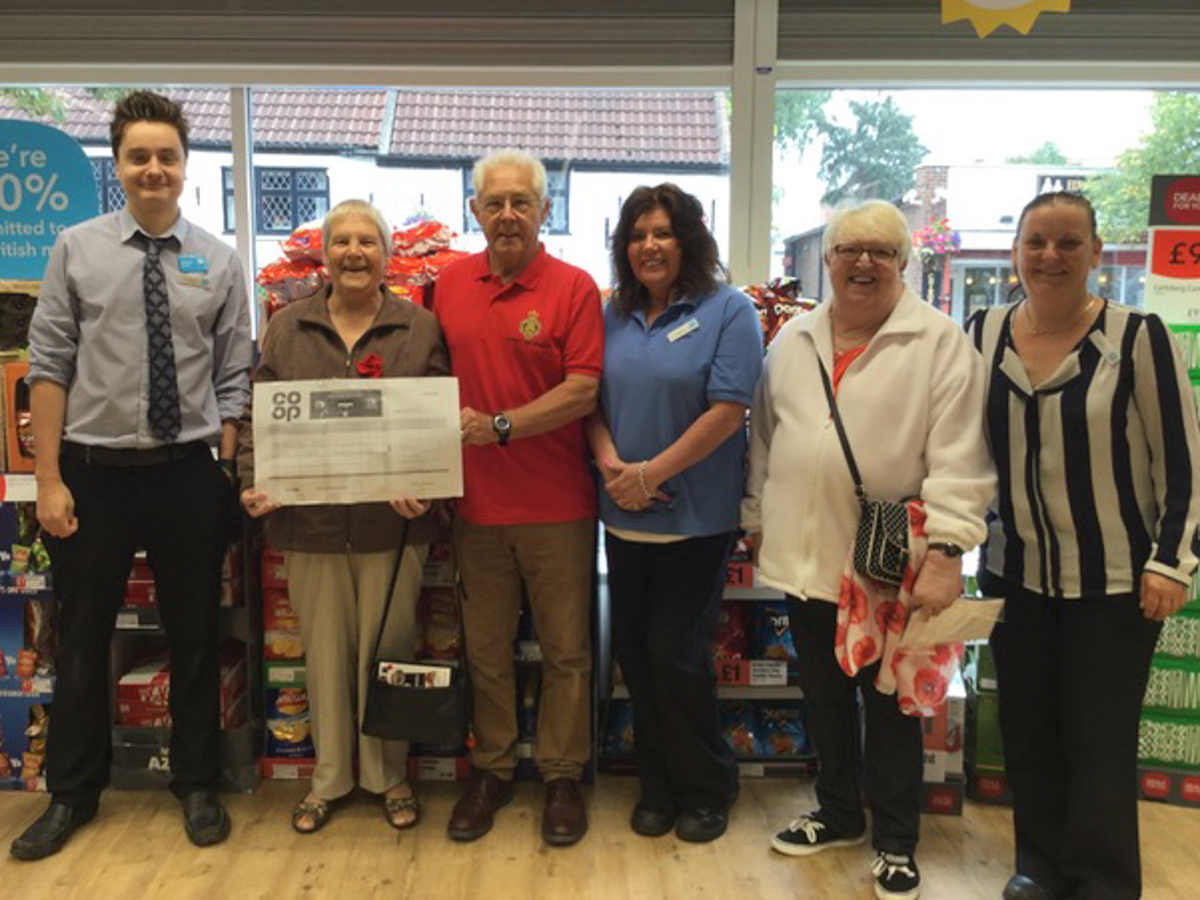 Over 600 residents and visitors attended the recent Remembrance Parade and church service in Edwinstowe, as we recognised the great sacrifice made by our local people in war and conflict over the past 100 years.

This year posed a new problem and threatened to prevent the annual parade through Edwinstowe by the community in our village. The Edwinstowe branch of the Royal British Legion is very grateful for the help given freely by TMS (Retford) Ltd, who came to their aid with provision of signs and other materials that enabled the branch to conduct its own road closure, and to the many volunteers who also gave up their time to act as marshals. This assistance was absolutely vital in enabling the parade to go ahead as normal. The parade started a little after 9.30am on a new route along Mansfield Road to St Mary’s where the church was ‘standing room only’, once again to play a part in a memorable service of remembrance, delivered by Greg Abbott, before marching on to the Memorial Garden where even more people joined in to witness the Roll of Honour and the moment when Edwinstowe joined the rest of the nation to follow the two-minute silence at 11.00am.

Wreaths were then laid at the memorial to commemorate the fallen, before the march got underway again. This time the column, under the direction of the Parade Commander Cadet Sergeant Major Ewan Lees, took the route past the library, where the RBL Edwinstowe President and Deputy Lieutenant Sir David Naish took the salute. The RBL standard bearer was Cadet Sergeant Zak Higgins. The final leg of the march took the column on the revised route along West Lane and Mansfield Road before finally coming to a halt and dispersing at around 11.25am. After the parade dismissed, the CCF reformed on the Avenues and marched past the Nightingale Home to pay respects to some of the older veterans that are resident there.

Once again, the branch enjoyed the great support from the Dukeries Academy CCF where cadet NCOs acted as parade marshals and bearers to the RBL Standard, as well as a strong contingent headed by Captain Debs Lagdon. The Legion in Edwinstowe wish to thank the many youth groups, and the Thoresby Colliery Band that contribute so much to the success of this poignant event.

This coming year will be a huge period of remembrance as we commemorate 100 years since the ending of the Great War of 1914 to 1918. To recognise this event, the RBL in Edwinstowe has launched a new appeal to fund the purchase and installation of a memorial. They hope to install this in the memorial garden in Edwinstowe to form a lasting monument to all of those who perished during WWI and the immediate aftermath as a result of their injuries.

The new fund will be known as the RBL Edwinstowe Centenary Memorial and Remembrance Fund. Already, very generous donations have been received from the Coop, one of the sports clubs and several individuals in our community, and we thank them all for their generosity.

In August this year there will be a mass gathering of the RBL and other groups, both from the UK and other nations, at the Menin Gate for two days of commemoration. It is expected that several hundred RBL standards will be carried and wreaths will be laid by almost all of the branches throughout the world. Members of our Royal family will also be taking a prominent part, alongside the heads of other nations.

Anyone who is interested in knowing more about this or other Legion activities are invited to contact the secretary on 01623 824787 or by email to p.jones251@btinternet.com.