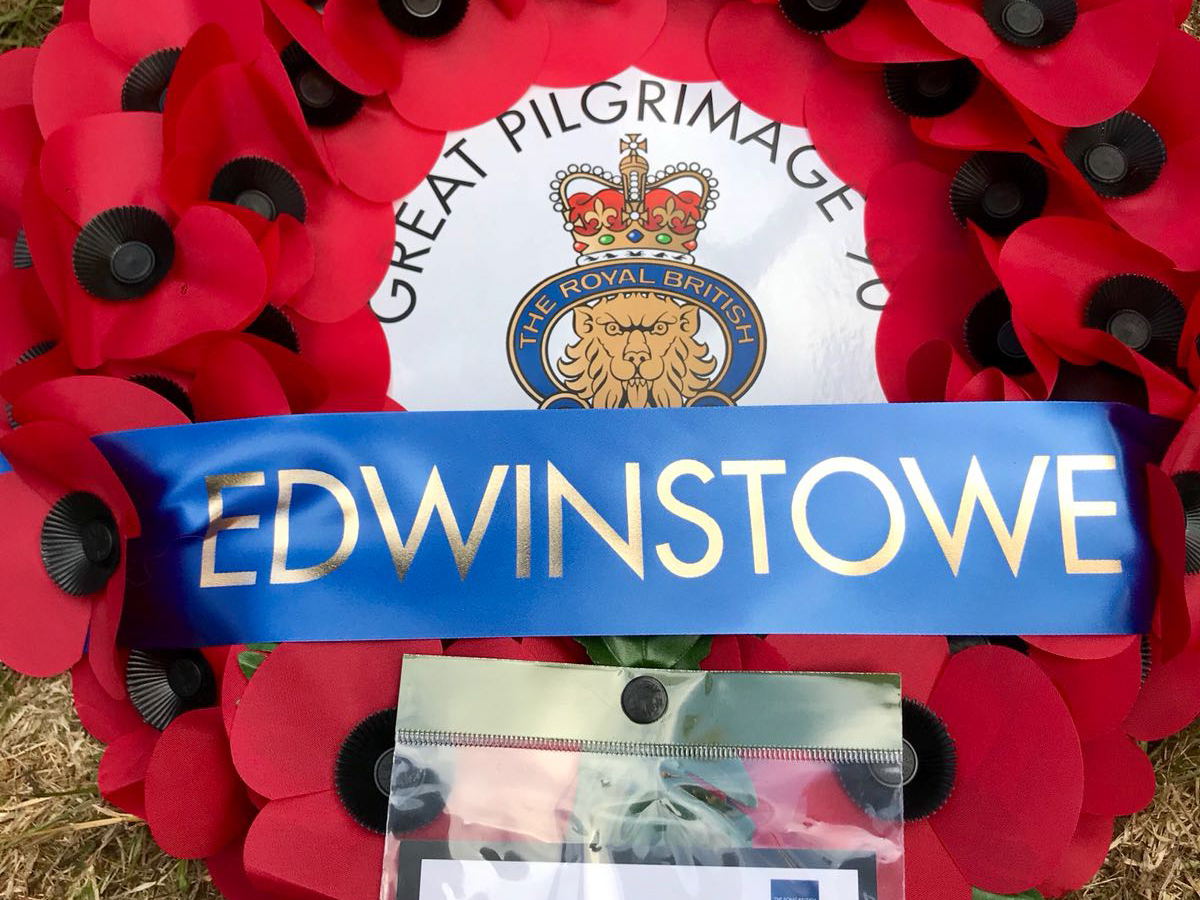 2018 was a particularly significant year of remembrance, not least because it is the centenary year commemorating the end of the Great War of 1914 to 1918. The Edwinstowe remembrance parade and service took place on Sunday 11th November, with a large contingent forming and marching to St Mary’s church for a special and poignant service conducted by Reverend Ian Webb. Once again the church was filled to capacity with many standing to listen to the readings and join in some classic hymns for remembrance.

The parade reformed at 10.45am to make the short march to the memorial garden, ably led by the Thoresby band and the parade commander CSM Ewan Lees. It is estimated that well over 1,200 Edwinstowe residents and visitors were gathered to witness Reverend Ian read the Roll of Honour, before joining the rest of the nation in observing a two-minute silence in remembrance of the fallen at 11.00am. Following the laying of over 20 wreaths, including many from our childrens’ groups such as Scouts, Guides Brownies, Rainbows, etc. the parade got underway marching down the Edwinstowe High Street and back towards the starting point on Mansfield Road. Sir David Naish DL (the president of Edwinstowe RBL) took the salute.

The Legion wishes to thank all of those groups and individuals who gave their time to making this a record turnout and a fitting festival of remembrance for this centenary year. They must also thank George Kennedy and the wonderful Thoresby Band for, once again, providing the musical accompaniment in church and for leading the march throughout.
In August 2018, several thousand Royal British Legion members gathered to tour the WWI battlefields and local members paraded the Edwinstowe Standard to the Menin Gate, along with over 1,100 other standards. The event was the ‘Grand Pilgrimage 90’ (GP90) and Captain Deb Lagdon and Cadet WO Cameron Hoyle ATC represented both the RBL and our village and we thank them both for their commitment to this three-day event to commemorate the centenary.

Finally, the local branch must thank the residents, friends and visitors of the village for turning out in record numbers to commemorate this important milestone in remembrance.