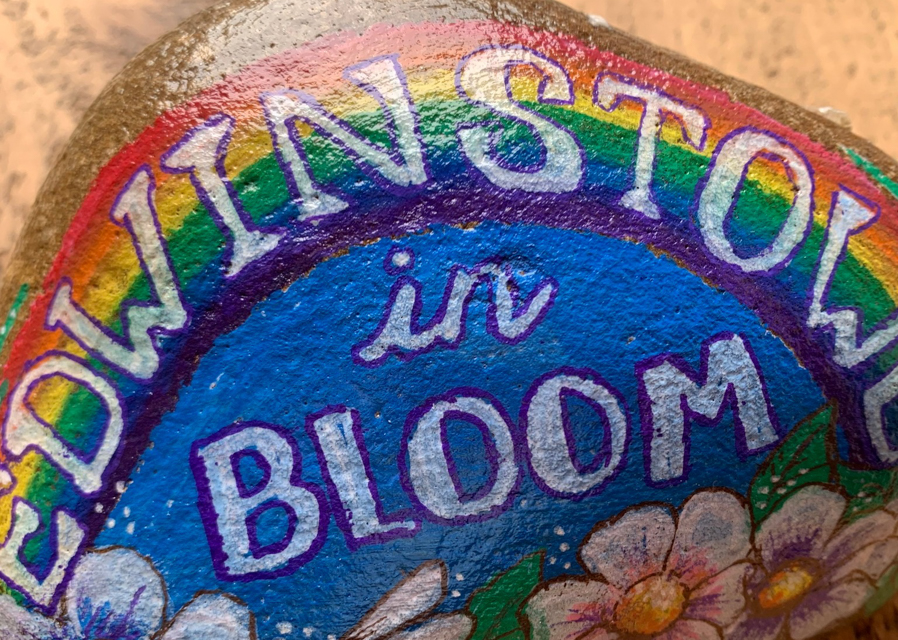 Congratulations to all the volunteers from the Edwinstowe in Bloom team – much to everyone’s delight and against all expectations the town was awarded a silver medal.

The team had worked hard and were pleased with their efforts, although they did not have high hopes of any awards as this was the first year they had entered this competition and it was midway through the year before they took the decision to enter.

Launay’s in the town was also entered in the best pub / hotel category and was awarded a silver medal too, and the judges were so impressed by the Thoresby Miners Memorial Garden, they awarded it one of the discretionary awards. A hat trick in the town’s debut year! Congratulations to everyone involved.

The Royal Horticultural Society’s (RHS) annual Britain in Bloom competition takes place nationwide, with the hope each year it will be used as a tool for building communities and tackling local issues together. The competition looks to inspire communities across Britain to make positive changes to their local environment through horticultural, environmental and community action.

The results of this year’s competition were announced at the East Midlands in Bloom 2022 Ceremony Awards at Loughborough Town Hall, Leicestershire in mid-September. Representatives of all entrants were invited to join in the celebrations and receive their award. It was also an opportunity to meet up with the judges, to compare notes and share stories and ideas with other entrants.

Through the winter the team will be maintaining the new flower beds and planters. They will also be working to get the project on a much more stable basis for the future, by getting a bank account sorted out plus agreeing and adopting a constitution and all the other necessary documents for an independent organisation.

Whilst some people may see dead Sunflower plants outside the village hall gates, this is deliberate, as they are creating masses of sunflower seeds. These will be used to provide the next generation of seeds for the Edwinstowe in Bloom team to use as part of their sustainability plan.

This year has been a wonderful success and there is now a lot to live up to.

The team are also celebrating their work to decorate the town for the Tour of Britain passing through on 8th September. A large number of spectators, including children from the local schools, attended the event to watch the riders whizz through Edwinstowe. The children were given Robin Hood hats and flags to wave to the cyclists as they rode past. Nobody knew at the time that, because of the death of our Majesty Queen Elizabeth II, Stage 5 would be the end of the Tour of Britain this year and that the nation would be plunged into a period of mourning.

The bicycles used to decorate the route were collected after the event and stripped of the decorations ready to be sold as scrap. The money was used to purchase daffodil bulbs which are now being planted around the edges of the Mansfield Road beds. These are ideal as they can be left to die down after flowering to create energy for the next generation of bulbs.