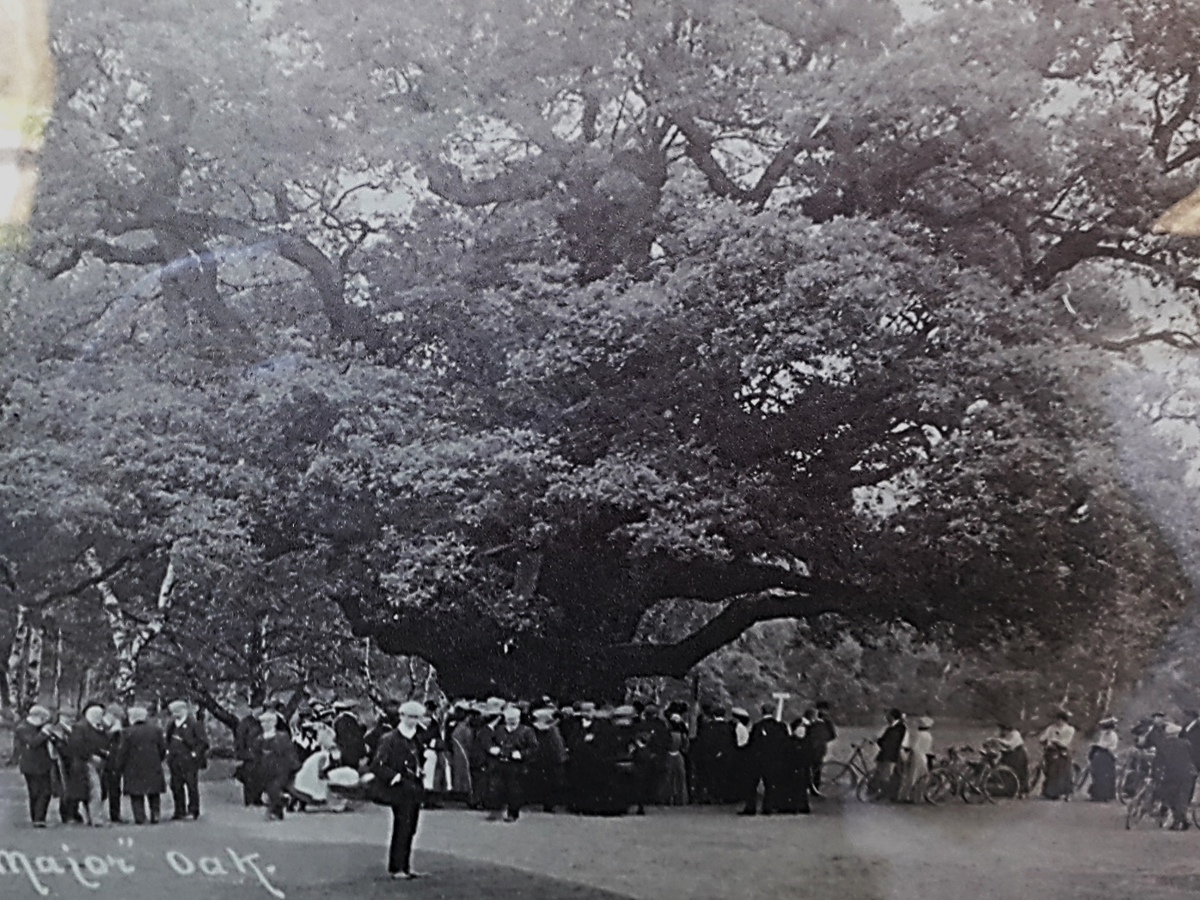 This year Edwinstowe Historical Society is participating in the Virtual Great Nottinghamshire Local History Fair taking place throughout May. Their contribution will be a presentation of images focusing on Edwinstowe’s popularity as a tourist attraction, and can be viewed on the Inspire website. In the 19th century people began to appreciate the natural beauty and splendour of the forest, with writers, poets and artists gaining inspiration from the surroundings. Also, cyclists in newly formed cycling clubs came from the towns and villages around the forest, some as far away as Doncaster.
Recent additions to the society’s website relate to Birkland House and the Parnell family, and Ashgrove House. Once again, the society are appealing for any photos of Ashgrove House which readers might have. Ashgrove House was a Queen Anne / Regency House on West Lane but was demolished in the 1960s to make way for the new vicarage.
Requests for information continue to be received by the group. One related to the history of Edwinstowe House (now known as the Edwinstowe House Business Centre) where, incidentally, the Historical Society’s archive is based, thanks to the generosity of Robert Woodhead Construction Company. The history of the property is displayed on their website. Another request from a correspondent conducting family research hoped to locate a burial headstone in the churchyard for an ancestor who died during the late 18th century. A check will be made of the list of graves kept in the church as soon as access is permitted. Another enquiry concerned a relative who was employed as a lady’s maid at Cockglode House during the 19th century, when the Foljambe family were in residence. Although the enquirer was disappointed that Cockglode had been demolished, he was able to view photos and the history of the building on the website.
Further information is available on www.edwinstowehistory.org.uk. Enquiries may be made to EdwinstoweHistorySoc@gmail.com.