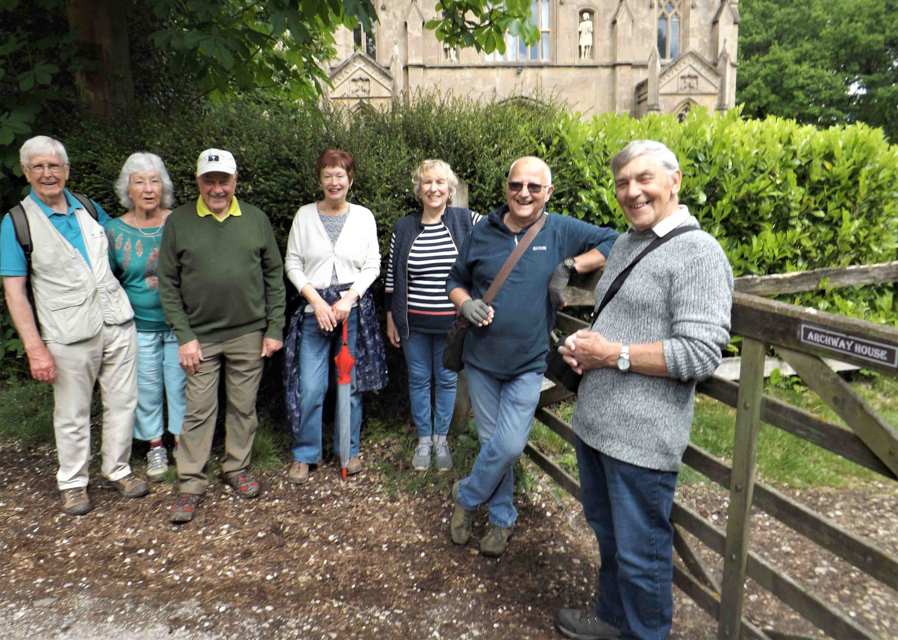 Dukeries u3a continues with its celebratory birthday and anniversary events this year. A once in a lifetime event was the street party in Jubilee Hall to celebrate the Queen’s Platinum Jubilee on 4th June. This was organised by the All Sorts and Gardening Group who did a fantastic job providing entertainment and food inspired by the Coronation. The festivities were opened by the Town Mayor of Ollerton and Boughton, Ryan King. The group also welcomed County Councillor Mike Pringle and Mrs Pringle to the celebration.

In September, Dukeries u3a will be taking part in the festival week running throughout the country to celebrate the 40th anniversary of u3a in the UK. The group maintains links with community partners, to give the members further opportunities to take part in local projects and workshops. Chair, Leslye, was pleased to represent Dukeries u3a as a guest of Lee Brazier, local councillor for Ollerton, Budby and Perlethorpe, at a Jubilee tea party. Here she was interested in learning about the regeneration planned for Ollerton and was able to share news about Dukeries u3a to the other guests.

In May, the All Sorts and Gardening Group had a lovely sunny trip to Birmingham Botanical Gardens followed by a tasty fish and chip supper on the way back. June’s trip was to Barnes Dairy Farm near Melton Mowbray where members learned how stilton cheese was made before enjoying a delightful afternoon tea.

The Ramblers firstly walked to Conjure Alders via Boughton and secondly along the Northern End of The Five Pits Trail. The Whatsapp Walkers had a pleasant circular walk from Sherwood Forest to Archway House and back.
The Photography Group this month met to compare their photos on an abstract subject. In addition to their regular meeting, the Tuesday Lunch Club met for an afternoon tea at Bella Vita in Ollerton to plan their next six months of visits.

Dukeries u3a was happy to welcome new members at its AGM and there are plans to start further interest groups. Subjects suggested include a discussion group, history group and musical appreciation group. Enquiries are also being made to start a tai-chi group.

Do you have an interest you would like to learn more about or share your knowledge with others? Or perhaps you would like to make new friends and be able to socialise safely. Then Dukeries u3a is the ideal group for you.

July’s speaker will be Chris Vasper, who will tell members about his adventures raising money for the charity ‘Walking with the Wounded’ by taking part in the Marathon Des Sables, across one of the most inhospitable places on the planet.

The u3a movement was set up to provide a wide range of opportunities to come together, learn, have fun, socialise and make friends. Dukeries u3a, which has over 100 members drawn from Ollerton, Edwinstowe and surrounding villages, has a varied calendar of activities and interests.

Annual membership subscriptions up to 31st March 2023 are now available for £19.00. You can join online via the website or in person at a monthly members’ meeting, which takes place at the Jubilee Hall, Wellow Road, Ollerton on the third Monday of the month, starting at 1.00pm.

Dukeries u3a follows the u3a motto ‘Learn, Laugh, Live’ and believe that ‘Now is the time to make the most of your life’. For further information, including details on membership, trips, events and group meetings, visit www.u3asites.org.uk/dukeries, or contact chairperson Leslye on 07756 436177 or du3achair2020@gmail.com.