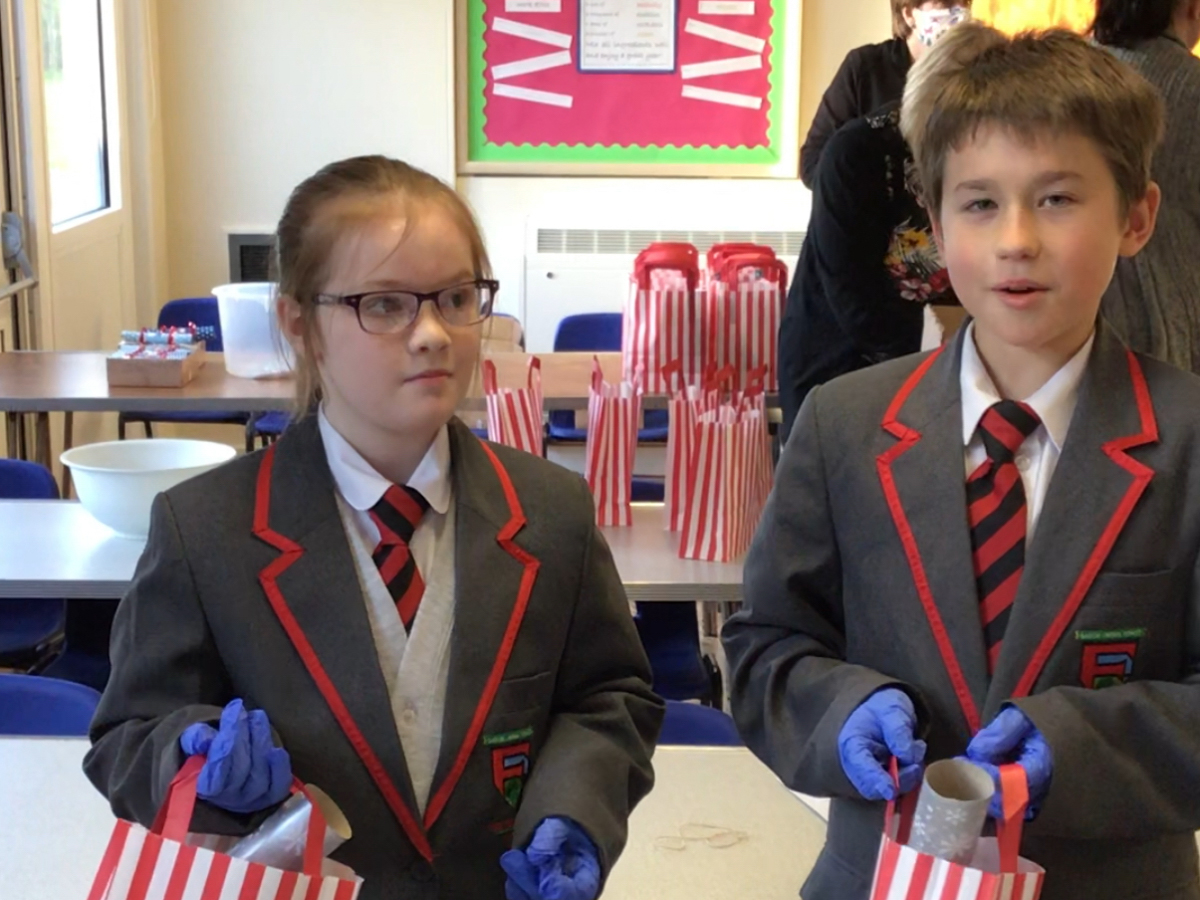 The project was led by Newark and Sherwood District Councillor Donna Cumberlidge, Dukeries Young People Centre and ATTFE Dukeries and was supported by other groups and businesses in Ollerton and Boughton, including Murphy’s in Boughton who have donated over 50% of the required funding.  The project was also supported by several others including Ollerton and Boughton Town Council, CVS and Newark and Sherwood Community Hub.

Town and District Councillor Donna Cumberlidge, who led the project, said: “2020 has been an incredibly difficult year for everyone regardless of personal situation. We want every child and young person in our community to know they are being thought of at this time.

“I believe that every child and young person deserves to know they belong to a community that remembers them. We hope that this small but meaningful gesture goes towards bringing a bit of Christmas joy to the young people of Ollerton and Boughton.”

Jake Outram from Murphy’s, Boughton, said: “This idea really touched us.  We know that children have had a disrupted year, missing the routine of school, switching to home learning which often must have been difficult for working parents and not seeing their friends and family.

“I hope that the children receiving these gifts know how important they are and how thankful all adults are for their resilience during this difficult year.  To each of them, I wish a very Merry Christmas.”

Eve, from Forest View Academy, said: “Everything in the bag is lovely and I wish everyone could have one to feel the joy that comes from the gift within. Thank you.”

Councillor Donna Cumberlidge is keen to grow and support the entire community of Ollerton and Boughton and as such, has set up the Buy Local, Support Local, Bee Local scheme.  The idea behind the scheme is to encourage as many local people as possible to support their local retailers and boost the local economy at a time when shops have had to close for a number of weeks.