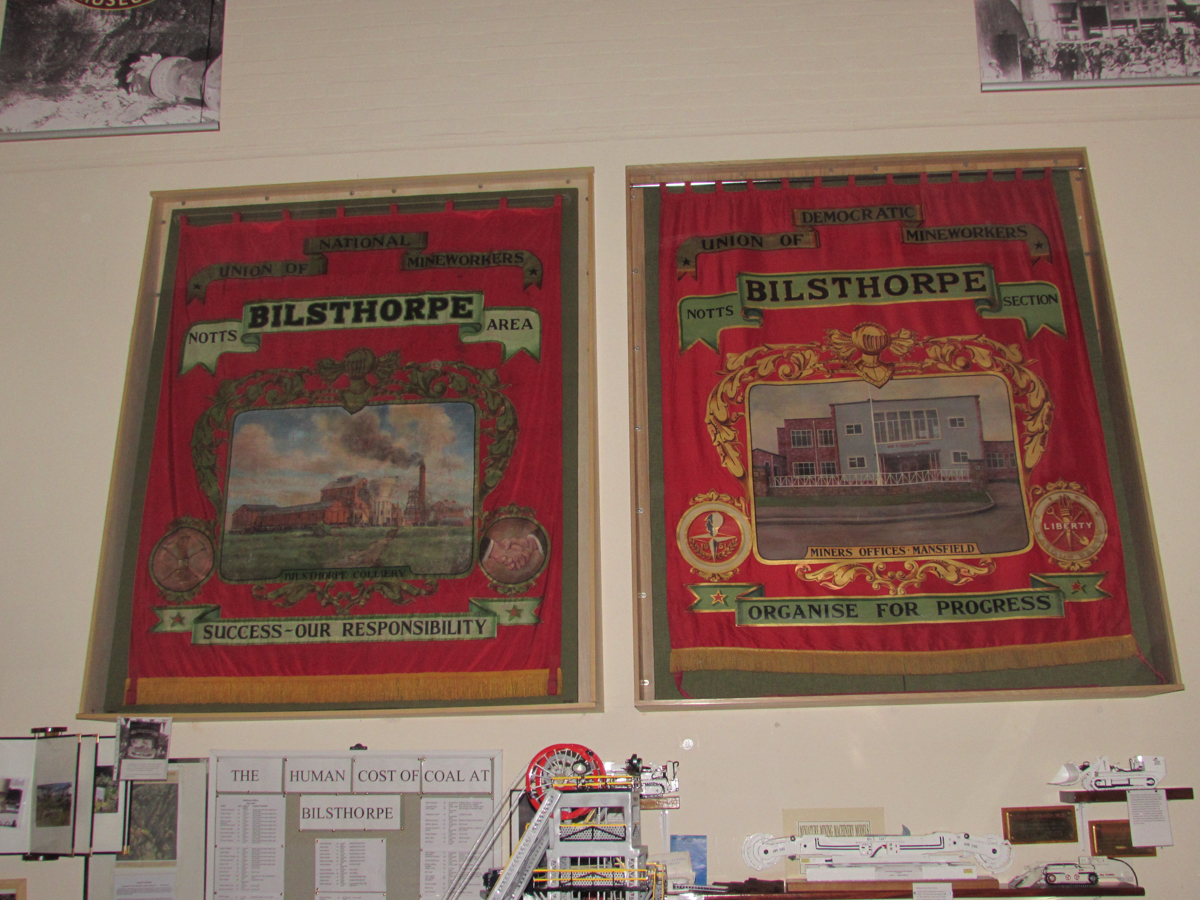 Bilsthorpe is a village situated in the North of Nottinghamshire within the Dukeries. The Bilsthorpe Heritage Society began in 1997 as the Colliery was closing. Founders Frederic Hall and Eric Purdy with a handful of village residents had the foresight to begin collecting items of historical interest as items were being delegated to the ‘skip’.

Donation of materials came from as far a field as the Canary Islands and closer to home from people who did not want their village heritage to be forgotten and so it continued until there was no longer room in Fred and Eric’s garages.
During 2007 it was decided that the society would have to move forward or dissolve, as they couldn’t stay forever as a memorabilia society holding on to a collection. Members became more involved with museums and became a member of the Museum Forum. With their help and training, they learnt how to conserve their collection, to create and file forms for donations and loans, etc — becoming a more professional body.

In 2009, members decided to go for Charitable Status and in 2010 they became Bilsthorpe Heritage, a registered charity. Whilst waiting for acceptance by the Charity Commission, they had meetings with Bilsthorpe Parish Council towards a long-term lease of the squash courts, so they could become more than a storage area. In 2010 they signed a lease for the building and began changing the area to suit their needs.

Their next decision was obvious to all members — to open up as a museum. On 11th July 2014, Bilsthorpe Heritage Museum finally opened its doors to the public.

The museum has now been open for four years, going from strength to strength, with a staff force of only volunteers. They complete talks and displays to various schools and organisations throughout the county and participate in outreach to various shows and functions.

They received accreditation from the Arts Council in July 2017. This allowed them to have on permanent loan the UDM Banner to go alongside the NUM Banner in the Museum. They were also given a Special Judges Award in June 2018 by the Nottinghamshire Heritage Forum.

The museum is open on Monday, Wednesday and Sunday from 10.00am to 4.00pm. Entry is free of charge.
Bilsthorpe Heritage Museum is mostly dedicated to mining in Nottinghamshire, in particular, Bilsthorpe Colliery which ceased mining in 1997. It boasts well stocked displays and memorabilia for visitors to see along with knowledgeable staff on hand, very often ex-miners, to guide you through the displays.

Ongoing fundraising will include a coffee morning at Bilsthorpe Village Hall on 11th August from 10.00am. It will include a tombola, raffle, craft stalls, toys, books bric-a-brac and more. To find out about this event or the Society and Museum, please call 01623 871533.