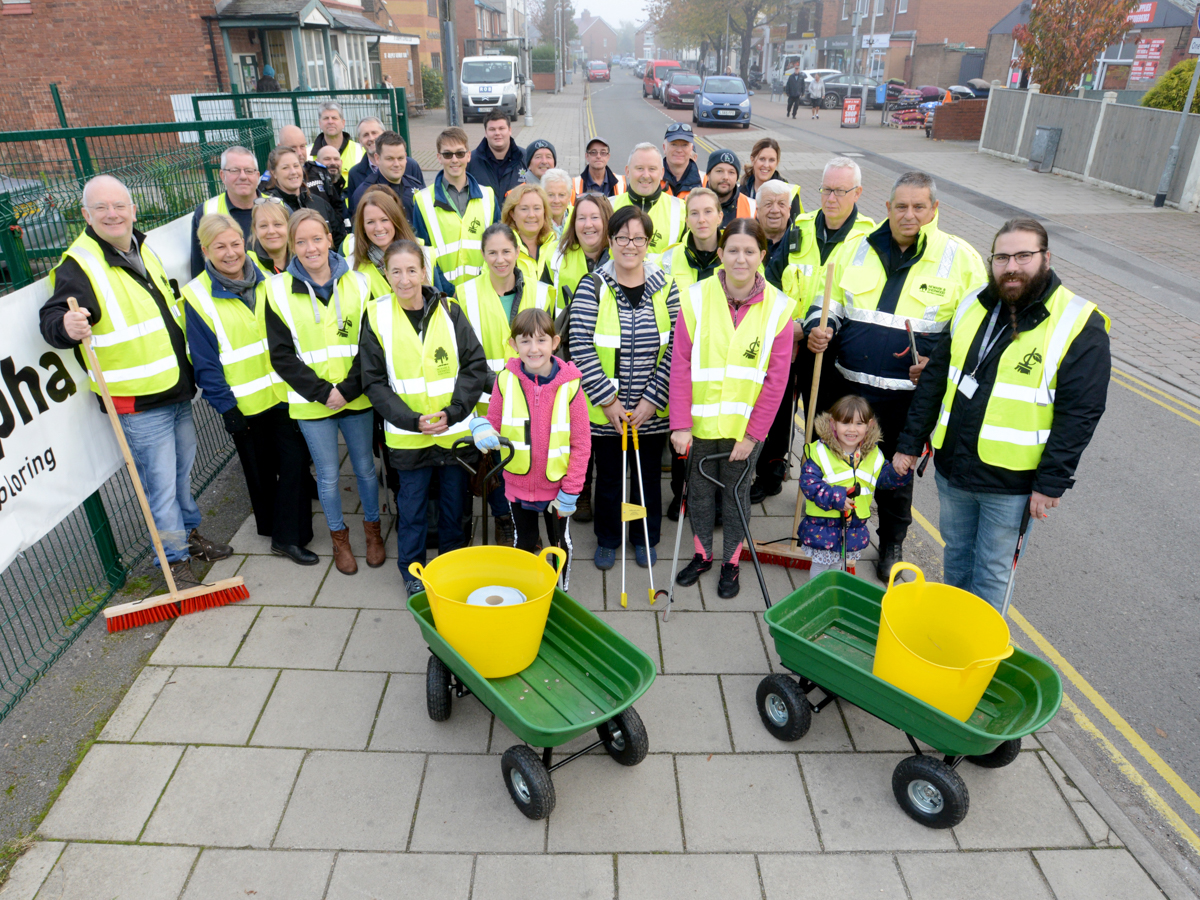 ‘Amazing’ day of action in Ollerton

A day of action to help make Ollerton Cleaner, Safer and Greener has gone down an ‘absolute storm’.
A team of community volunteers, staff from Newark and Sherwood District Council and its partners spent a day clearing and tidying the town with more than 6.6 tonnes of rubbish, the weight equivalent of five small cars, taken off the streets.

They were involved in a wide range of works including a community litter pick, street cleaning and action on fly-tips. A tonne of green waste was also removed by the council’s grounds maintenance team and evergreen shrubs planted.
A community safety stall was also held throughout the day to highlight issues of personal safety, domestic violence, bike safety and dog care while the council’s public protection team joined police in running a day-long operation to check on speeding traffic on Forest Road.

The district council partnered with iMAGESKOOL to create a piece of graffiti art on the skate park on the Sherwood Energy Village. iMAGESKOOL owner James Mayle worked with up to 60 young people from four to 15 years of age on the project.

Councillor Lee Brazier, ward member for Ollerton, said: “The Ollerton day of action really demonstrated everything that is great about Ollerton. As a community, we care and always aim to improve the area. With the great support from all partners, the day went down an absolute storm!”

Councillor Donna Cumberlidge, ward member for Ollerton, said: “What an amazing day. The turnout of support from residents in our local community, Ollerton and Boughton Town Council and the Newark and Sherwood District Council was fantastic. Ollerton is our home and somewhere we are very proud of and to have a day of people coming together to give it a spruce up is really encouraging. I loved seeing so many children and adults out, not just litter picking but talking to each other and getting to know people they may never have met before. I met some wonderful people that I really hope I get to meet up with again soon as they have my shared vision of a clean, safe and happy community.”

Also taking part were staff from the town council, Newark and Sherwood Homes and Nottinghamshire Fire and Rescue Service which gave fire safety advice to homes and businesses and the Lifespring Church which was the base for the day and provided lunch for volunteers and council staff.
As part of the work on the day and in support of the day of action the council removed:

Two betting shops have subsequently agreed to have cigarette bins installed outside their premises and cigarette stub-out packets have been handed out.