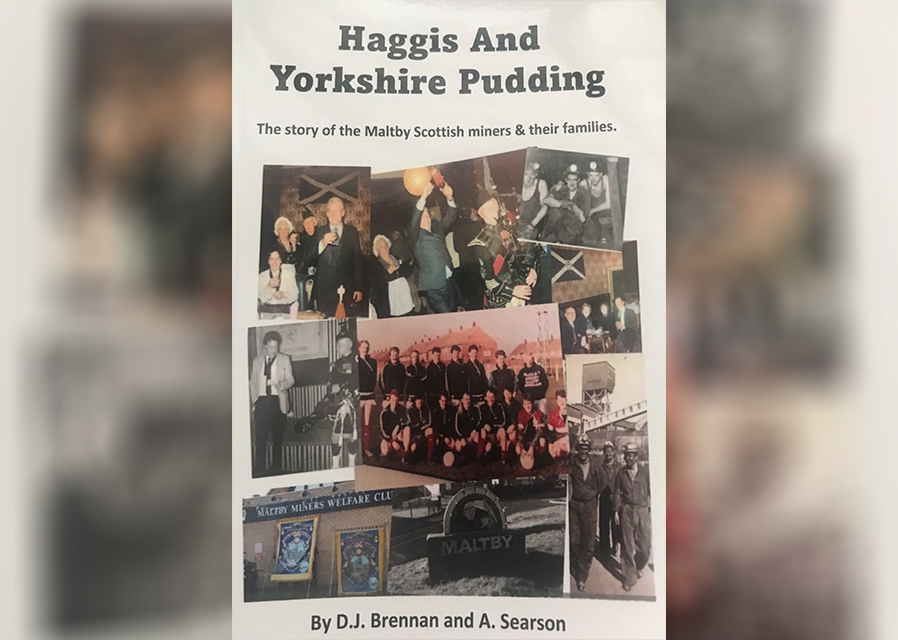 A book recounting the lives of the miners who transferred from Scottish coal mines to Maltby has finally been published. Haggis and Yorkshire Pudding tells the incredible story of the Scottish mining diaspora.
As coal mines closed across Scotland in the 1950s, many miners chose to move south with their families to the English coalfields. Maltby was one of these coal mining areas. Nestling in the South Yorkshire countryside, it welcomed many of the Scots miners and their families. This book is their story. A story of guts, determination and vibrancy, it tells how the Scots made a home in Maltby, building a part of Scotland in Yorkshire.
The book notes the first wave of transferred miners settled on the newly-built White City estate. In the 1960s, the second wave of transferred miners and their families came south. Many spent two or more years in ‘digs’ with local families before a new estate was built – this became known as the Scots Alley estate, opposite the Miner’s Welfare.
It was here that the book’s authors lived – Dave Brennan on Cripps Close and Andy Searson nearby on Hardie Close. Dave, a transferred miner, came up with the title of the book after recalling a Burns Night party when the Scottish host had offered haggis and Yorkshire Pudding on the buffet. It was a fitting title that celebrated the Yorkshire people who had been such good hosts for their Scottish mining comrades and their families.
The book also recalls the origins of the Maltby Caledonian Club, the celebrations of Scottish culture and traditions (Hogmanay was legendary on the Scots Alley) as well as the ‘Auld Firm’ football match which featured the Maltby Scots against the local Yorkshire footballers. This game featured an ex-teammate of Sir Alex Ferguson – Tommy Young.
It is the stories of the families and transferred miners themselves that make the book such an important piece of local social history. More than 20 family stories are featured, giving a personal account of their experience of leaving their homeland to settle in the heart of South Yorkshire.
The book, Haggis and Yorkshire Pudding, is available at the Vintage Boutique Tea Rooms on Grange Lane, Furry Pet Supplies on the High Street and the New 2 You Community Charity Shop, also on High Street, Maltby.