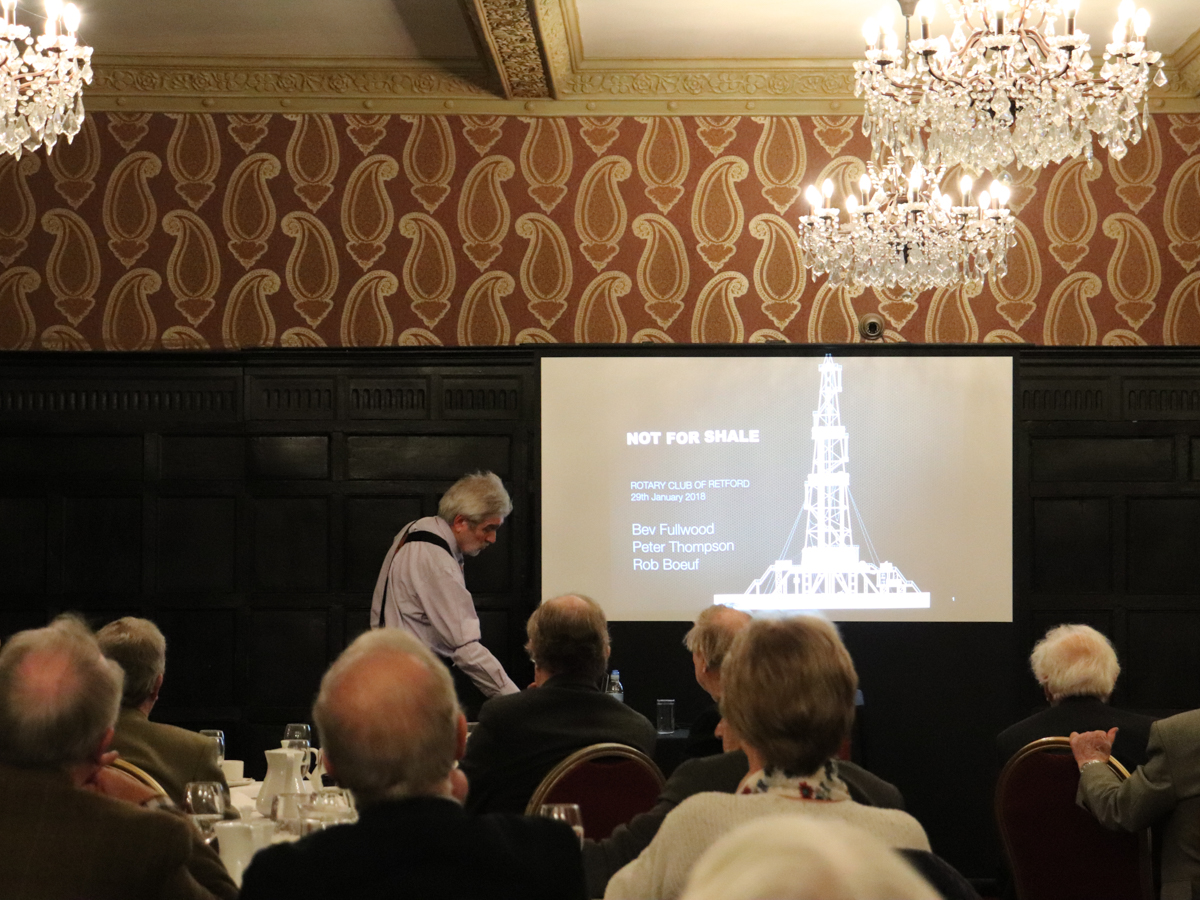 January is traditionally a month both to reflect on a very busy December and plan for the biggest event in the Rotary Club of Retford’s year, the Charter Anniversary Dinner in February.

That said, there was still lots to get through. HOPE, the Bassetlaw charity supporting homeless people across the district received a cheque for £3,000. This was made up of three separate elements; Retford Members’ Charity Fund, The Retford Club’s Percy Laws Fund and Rotary District support.

The Student Awards reported in last month’s Retford Life took place at the first meeting of 2018 on 8th January. The following week, PC John Ellis from the Dog Handling Unit of South Yorkshire Police was the speaker. He told members about his sniffer dog Frankie. Frankie, a blue-eyed Border Collie, was specially trained to find dead bodies — results of crime and accidents. They were both involved in several high-profile events such as the Boscastle flood and a helicopter crash near Hull.

The following Monday, the Rotary District Governor Michael Longdon, the senior Rotarian in the East Midlands, came to thank the club for acting as stewards at his conference in Llandudno last October. The last meeting of the month was a presentation on Fracking by people opposed to the process. The month ended with members supporting the Inner Wheel ladies at their fundraising Sunday Lunch in Clarborough Village Hall. The same day, the club was represented at the Sherwood Forest Charter Anniversary Sunday Lunch in Edwinstowe. The start of a busy Charter Anniversary season amongst Rotary clubs in the Retford area.