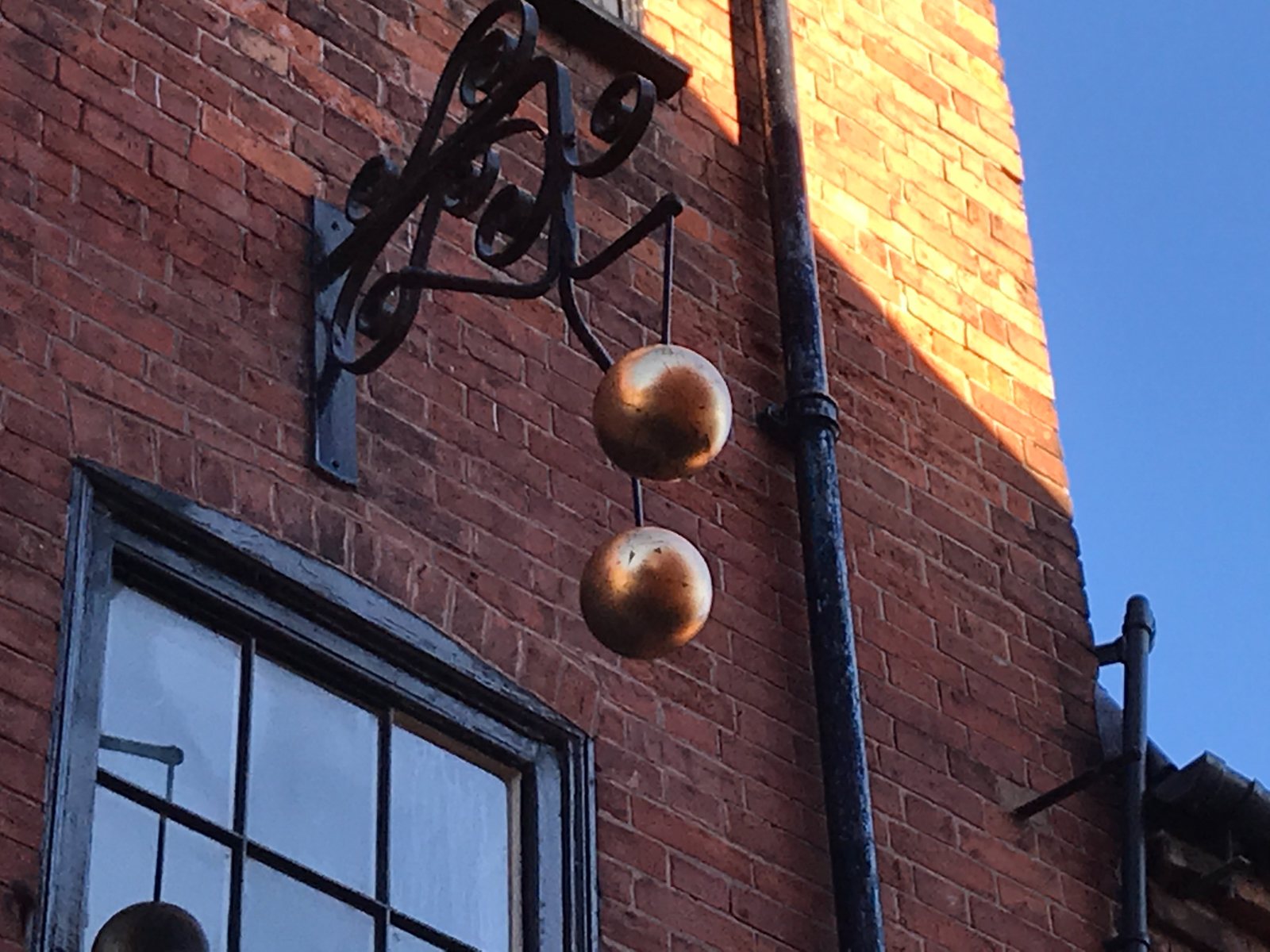 The tale of a golden ball

Some years ago, Retford Civic Society (RCS) reinstated the pawnbroker’s golden balls on the side of the building that is now the Salvation Army charity shop. Recently, they have been refurbished. Sadly, the other day an RCS member noticed that one was missing; presumably it had come loose and fallen off in the high winds. After a search yielded nothing, the fear was that it had gone for ever, and RCS would have to have another one made.
However, an appeal on Facebook was answered: it had been found by the body-piercer who works above the charity shop. He had tried to find out what to do with it by contacting various organisations, but nobody could tell him. He delivered it to RCS and they will reinstate it as soon as possible.
Warmest thanks go to the body-piercer and his friend who alerted him to the appeal. It is heart-warming to know that there are Retfordians who are civic-minded and kind and go out of their way to help others.
The only puzzle is: why did nobody realise who was responsible for the golden ball? Many things of beauty and interest – the sculpture outside the HSBC, the railings around St Swithun’s church, the information boards, Kings’ Park gates, the murals and more – to be seen around the town are the result of projects undertaken by the Civic Society in partnership with other organisations. The Civic Society has a big presence in Retford.