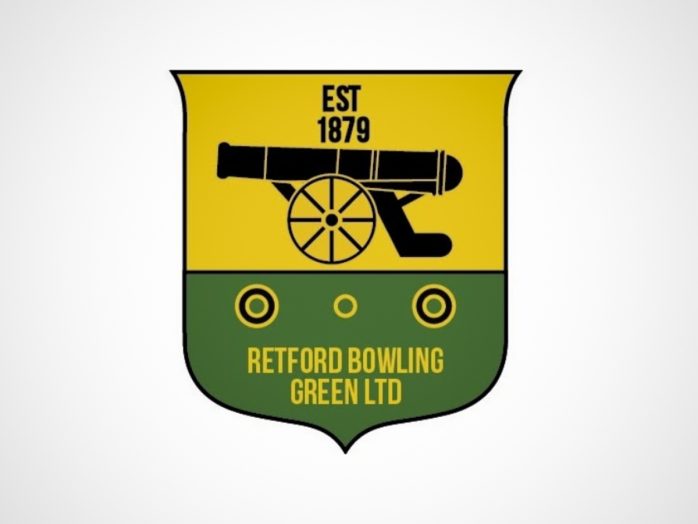 When reporting on clubs and societies it’s hard to avoid talking of COVID-19. It has affected virtually every aspect of our lives in one way or another, not least of which is our ability to take part in our favourite sport. However, at Retford Bowling Green they have been working gradually towards the ‘new normality’, whatever that may eventually bring.
As reported previously, bowling began on 1st June, with only singles playing on alternate rinks and no spectators. Since then, pairs play has been introduced as well as allowing some spectators. At the same time all of the regulations and guidance from the Government and Bowls England has been observed. As time passes the club is hopeful of extending the playing regime to include triples and possibly even fours.
As they move forward, one introduction has been knockout competitions. These normally start at the beginning of the season, culminating in finals weekend at the end of August. Given the restrictive situation there are just seven competitions, three gents’ competitions, three ladies’ competitions and a mixed pairs competition. Play started on 1st August and finals will be played on the second week in October (two weeks after the normal end of season).
Another aspect of the club’s calendar which has been missing this year is the holding of the open day, Charter Day and free public coaching sessions. This is when the club introduces prospective members to the game and hopes that they will join their thriving community. Unfortunately, such events are still not possible. However, bearing in mind that this article is being written a month in advance, there may be the opportunity to offer personal coaching sessions in the future. If you are interested then please get in touch with Geoff Evans as below. Please do not dismiss bowls as an old people’s game. Granted that the majority of the playing members are of a certain age, bowls is still a game for all ages and unless you give it a try you’ll never know!
For more information you can visit the club website, www.retfordbowlinggreen.co.uk, email publicity@retfordbowlinggreen.co.uk or call Geoff Evans on 01777 948194.