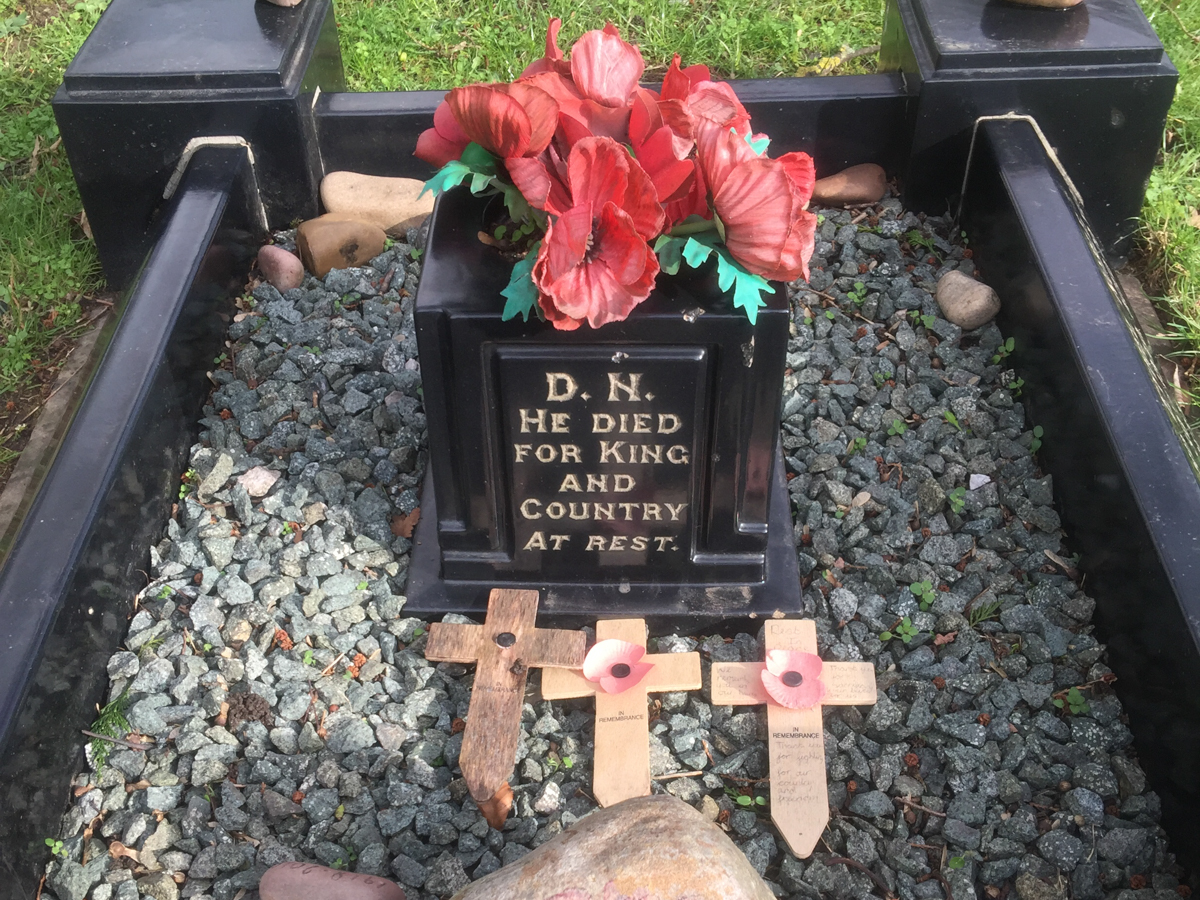 This year marks the 80th anniversary of the Battle of Britain. This major air campaign lasted from July until October 1940. It was fought over southern England and ultimately resulted in the Luftwaffe being defeated by Fighter Command forcing Adolf Hitler to abandon his invasion plans.

Prime Minister Winston Churchill called the fighter pilots ‘the Few’ and they were supported by ‘the Many’. Nearly 3,000 men of the RAF took part in the Battle of Britain. While most of the pilots were British, men also came from the commonwealth and occupied Europe. There were even some pilots from the neutral United States and Ireland.
The Battle of Britain had several phases and on 31st August 1940, Fighter Command suffered its worst day of the battle. The day before, Friday 30th August, at 11.50am, Dennis Noble, a Retford lad, only 20 years old and a pilot in the Royal Air Force Volunteer Reserve (RAFVR) 43rd Squadron, was shot down and killed by an Me109. His Hurricane fighter crashed through the pavement and road at Woodhouse Road in East Sussex after an air battle broke out near Brighton.

Dennis Noble, from Retford, joined the RARVR about October 1938 and was called to full service on 1st September 1939. In 1940 after converting to flying Hurricanes, he joined 43 Squadron at Northolt on 3rd August 1940. By the end of the month he was dead.

Dennis Noble was one of the few, and many like him gave their lives so that we can enjoy the freedom and liberty we experience today. If you were to research him on the internet, you would find an interesting story which is worth reading. There are a number of websites holding this information telling his story: how he lived his life and how eventually his body returned home to Retford. Not during the war as most people thought, but in 1996.
You will find his grave in Retford Cemetery: follow the road as you walk through from Babworth Road entrance through to the North Road by the canal. His family grave lies to the side of three Commonwealth graves and one of a Polish Soldier. You cannot miss them.

However, how many of the public in Retford would walk past his grave and never look twice or stop to read the inscription on the family grave. May I propose to the people of Retford, that on Sunday 30th August this year, the 80th anniversary of his death, at a time to be arranged we honour this Retford lad and his fellow servicemen and women who gave their all in this battle over our shores, with a simple graveside service.

Having been in touch with the Retford branch of the Royal British Legion, they are kindly going to provide a standard bearer for the simple act of remembrance. We have still got to get in touch with the RAFA and the local Air Cadets to see if they are available on that morning. Is there a possibility of Dennis Noble having any living relatives who may be able to attend this graveside service? Can we make an appeal for them to contact us?

There is also an open invitation to the people of Retford to set aside a little time on that day to honour the fallen and to join us in a simple act of remembrance on the 80th anniversary of his death and the Battle of Britain, where the Few, supported by the Many, gave us all the opportunity to enjoy our freedom.

The substantial remains of Sergeant Noble’s Hurricane are on show in the Tangmere Aviation Museum and the Kent Battle of Britain Museum Trust also have a large display. You can find out about these museums on the internet. We have sent an email to one of these museums for research information on Dennis Noble for a local primary school who, in the past two years, have participated in acts of remembrance for the known veterans’ graves in the cemetery. It is hoped that this will help the students to research this period of military history and maybe take part in the graveside ceremony on 30th August.

For more information on this project email Michael or Elizabeth at michael.szarelis@btinternet.com.
Michael Szarelis