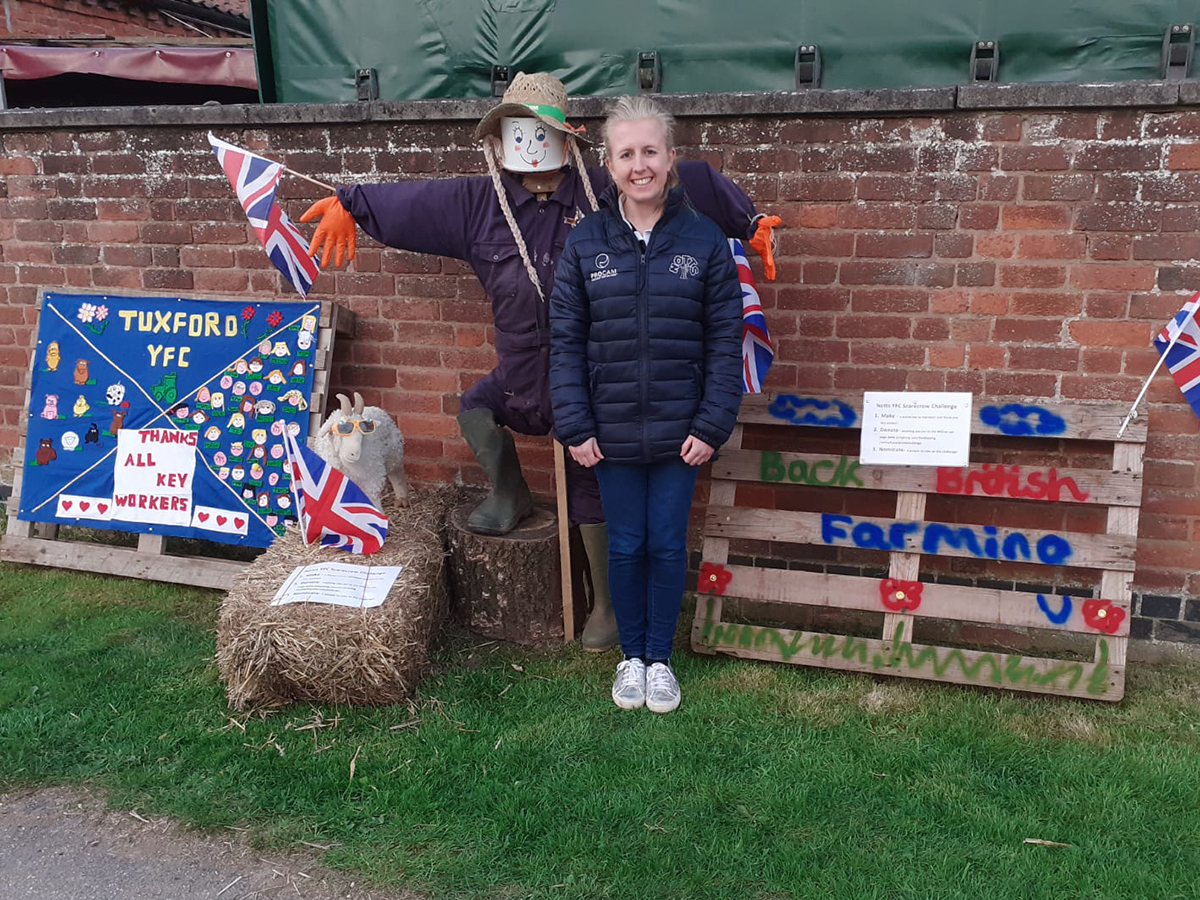 The population of Laxton is growing rapidly as key worker scarecrows have been popping up outside houses all over the village. It is all the result of an idea from Jessica Rose, joint Charity Chairwoman for Nottinghamshire Young Farmers. 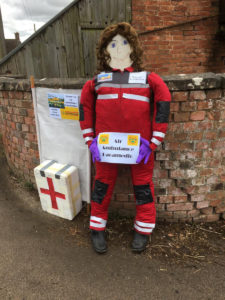 Nottinghamshire Young Farmers are an active group and they always have a local charity they are working to support, raising a lot of money year on year. With commendable foresight, this year they decided it made sense to have a county charity representative.  Faced with the unenviable task of trying to raise money during a time when getting together is out of the question and the events, such as the Nottinghamshire County Show, where Young Farmers always play a big part, being cancelled, it seemed a bleak prospect.

Jessica, a member of Tuxford Young Farmers’ Club (YFC),  needed to come up with something that maintained social distancing but was fun and would encourage people to join in and, most importantly, to part with their cash. She was also keen that the event brought some positivity to the present situation.

The Young Farmers County Development Officer had spoken enthusiastically about a scarecrow festival in the village where she and Jessica thought it would be good to set people a challenge while they are in isolation.

She said “My brain went on overdrive and hatched the key worker idea combined with the idea of nominating people to take part, which is a popular approach going round at the moment.”

Jessica took part in a 5Km run recently based on the idea of ‘run 5, nominate 5, donate 5’ and with all these thoughts coming together in her mind the Scarecrow Challenge (#nottsyfcscarecrowchallenge) was born. Working together Jessica and fellow joint County Charity Chairwoman, Kirsty Annabel from Papplewick YFC, have issued the challenge to all of Nottinghamshire Young Farmers Clubs. 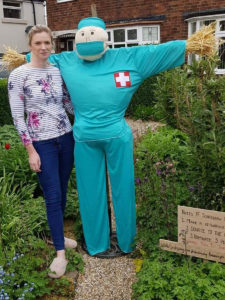 They invited everyone to get involved, making their own scarecrow if they have not been nominated yet and nominating five or more other people to make one. Each person makes a donation to take part, but of course you don’t have to make a scarecrow to donate. Every donation will help towards their £1,000 target.

In a video made to launch the challenge, Jessica said “As Notts YFC Charity chairwoman I challenge you to make a scarecrow that represents any key worker to thank them for their hard work during these difficult times. It can be anything – doctors, nurses, lorry drivers, post workers, teachers etc. Use any materials you have at home to make it. Cardboard, plastic cartons, clothes, wood etc. It can be any size and be displayed in your garden or window.”

“When you have made yours head over to our page www.justgiving.com/fundraising/nottsyfcscarecrowchallenge and make a donation to the NHS!”

“We hope it cheers the key workers up when they see them on their way to work. The more the merrier and it would be great if they were all over the county and raise lots of money for the NHS!”

Farming may be a naturally self-isolating occupation for the most part, but Laxton is a very sociable village with a strong sense of community and people from many other walks of life as well. They have certainly taken Jessica at her word, prompting her to thank them.

“I just want to say a huge thank you to everyone who has so kindly taken part in my mission to raise money for the NHS and joined in with the Notts YFC Scarecrow Challenge. I am amazed how many different key workers everyone has created!”

Just a week after the challenge was launched, the total (1st May) stands at an amazing £300 pounds for NHS charities together. Please remember to keep nominating your friends to join in the scarecrow fun, near or far, the more the merrier. Once again thank you so, so much for your help.”

Brilliantly made and varied key worker scarecrows can be seen outside many homes in Laxton, with more appearing daily and the total raised steadily rising. The idea has also spread to Oxfordshire YFC who heard about it and decided to join in.