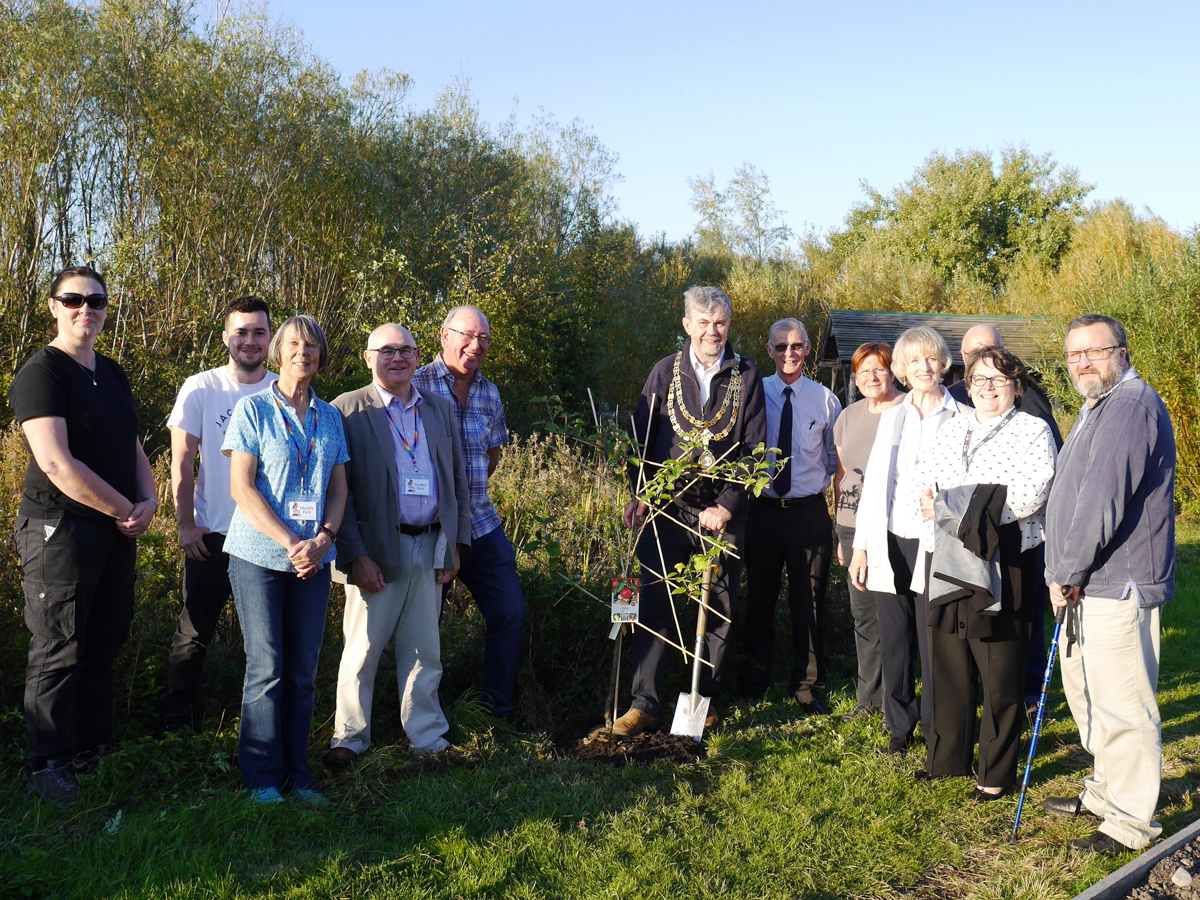 Muddy Fork’s Director, Dominic Schad, said: “We were delighted by the turnout — we had mental health professionals, councillors, Rotarians, representatives of local businesses and voluntary groups, and other supporters, all coming together to hear from an expert on social and therapeutic horticulture and to learn more about the work which Muddy Fork does.”

There is still much to be done to raise awareness of mental health issues in the community and of the contribution which Muddy Fork can make in the local context. The event was designed to help the process of building a powerful network of friends and supporters, strengthening local ties and helping to reach out into the local community. It also served to introduce the site to many people who had not previously visited the reserve. Pauline Hopkinson, NHS Insight team, exclaimed: “This is fantastic! It makes such a difference to see where you are.”

The guest speaker, Joe Sempik, trained as a pharmacologist and came to social science research after completing a Masters in Environmental Management. He has spent 18 years as a university academic looking at ‘Green Care’ approaches to health and wellbeing for people with medical and social problems, particularly with regard to mental health and learning difficulties. His presentation was entitled ‘Nature-based interventions for promoting mental health and wellbeing’ and included an introduction to the history of this approach and examples of research evidence.
Joe’s talk chimed with many people’s own experience of the beneficial impact on wellbeing of working out of doors, for everyone, not just Muddy Fork’s target group. Christine Horrocks, Elizabethan Academy Principal, said: “I’m a huge advocate of using the outdoors to improve mental health for young people — at Elizabethan we’ve already seen the benefits.” She expressed an interest in future partnership working.

The afternoon also included film clips in which Muddy Fork participants talked about what the project means for them. Sue Bower, occupational therapist, Bassetlaw NHS commented: “Muddy Fork is an amazing project here in Bassetlaw! Attending Muddy Fork really supports people with their own recovery journey, gives them a sense of belonging and a chance to develop skills alongside other people.”

At the end of the afternoon many joined a tour of the Muddy Fork garden, where there were displays of Muddy Fork produce, sales of honey and redcurrant jelly, and Councillor Mick Storey, Mayor of Retford, planted an apple tree. The one disappointment was that Muddy Fork failed to deliver on its ‘muddy’ promise, as the day was warm, sunny and dry!