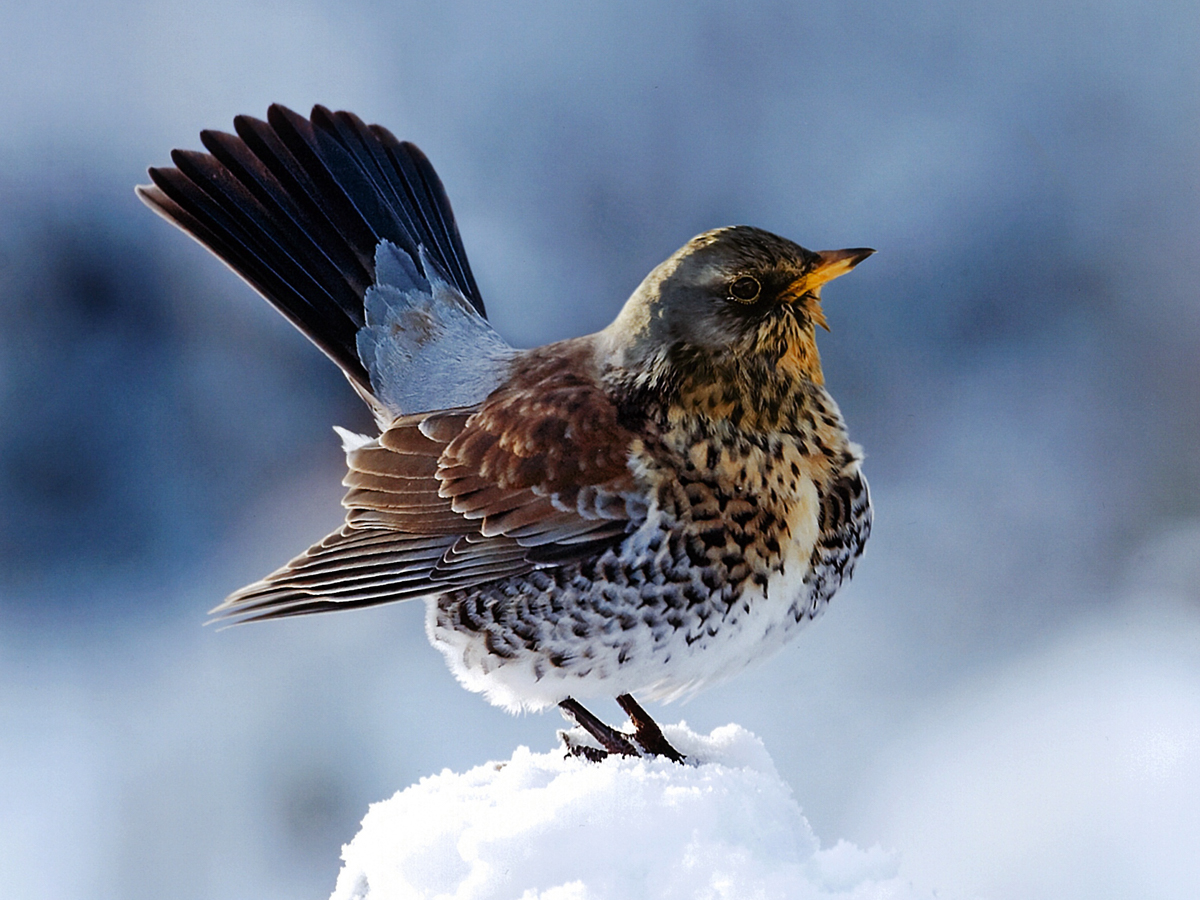 A not so peaceful winter

In colder parts of the world, many species spend the winter in hibernation, lowering their body temperature and reducing their heart rate and breathing, so they use up less energy. Here in the UK our relatively mild climate means that very few species actually use this technique and most creatures will be active all winter. 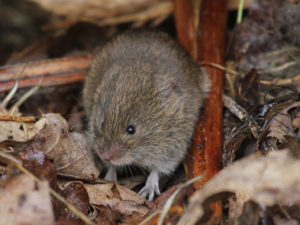 Cold weather often results in a frantic race to find food each day. Squirrels will be searching for acorns gathered in autumn and small mammals such as shrews and voles will be picking through the leaf litter for seeds and other morsels. Tits and wrens will also be picking though the leaf litter as well as combing branches for insects.
Hard frosts can bring problems for animals that feed on worms or insects that live in the top few inches of the soil. Birds in particular struggle to peck their way through frozen ground and a snow can make it even more difficult for birds to find food in the leaf litter.

Small animals lose body heat very quickly and often stay below the leaf litter to avoid the coldest air. Similarly, they sometimes tunnel beneath a layer of snow in search of food — the snow above insulating them from the cold. A covering of snow also helps to keep them hidden from predators such as owls and foxes, which will have to rely upon their senses of smell and hearing to locate prey until the snow melts.

Animals also need strategies for keeping warm and many mammals seek refuge underground, often digging out large and complex burrows. At night when temperatures plummet, some birds such as wrens will huddle together in an empty nest box to keep warm. 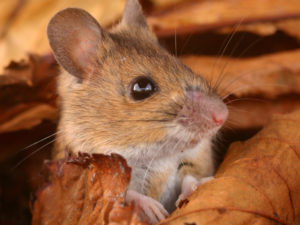 With many creatures preoccupied finding food, winter is a good time for wildlife watching. Trees and bushes provide less cover for animals once they’ve lost their leaves, so look out for flocks of long-tailed tits searching for small insects amongst the branches. In open countryside look out for flocks of fieldfares and bramblings. Winter is also a good time to see owls hunting and our Idle Valley Nature Reserve near Retford often holds good numbers of short eared owl.
A fresh layer of snow also makes it easy to spot the tracks of animals such as badgers, deer and foxes and this can provide you with clues about their usual routes — making them easier to track in future. Dawn and dusk are usually the best times to see wildlife and one benefit of winter is that you can get up reasonably normal time and still catch the natural world’s equivalent of the rush hour!