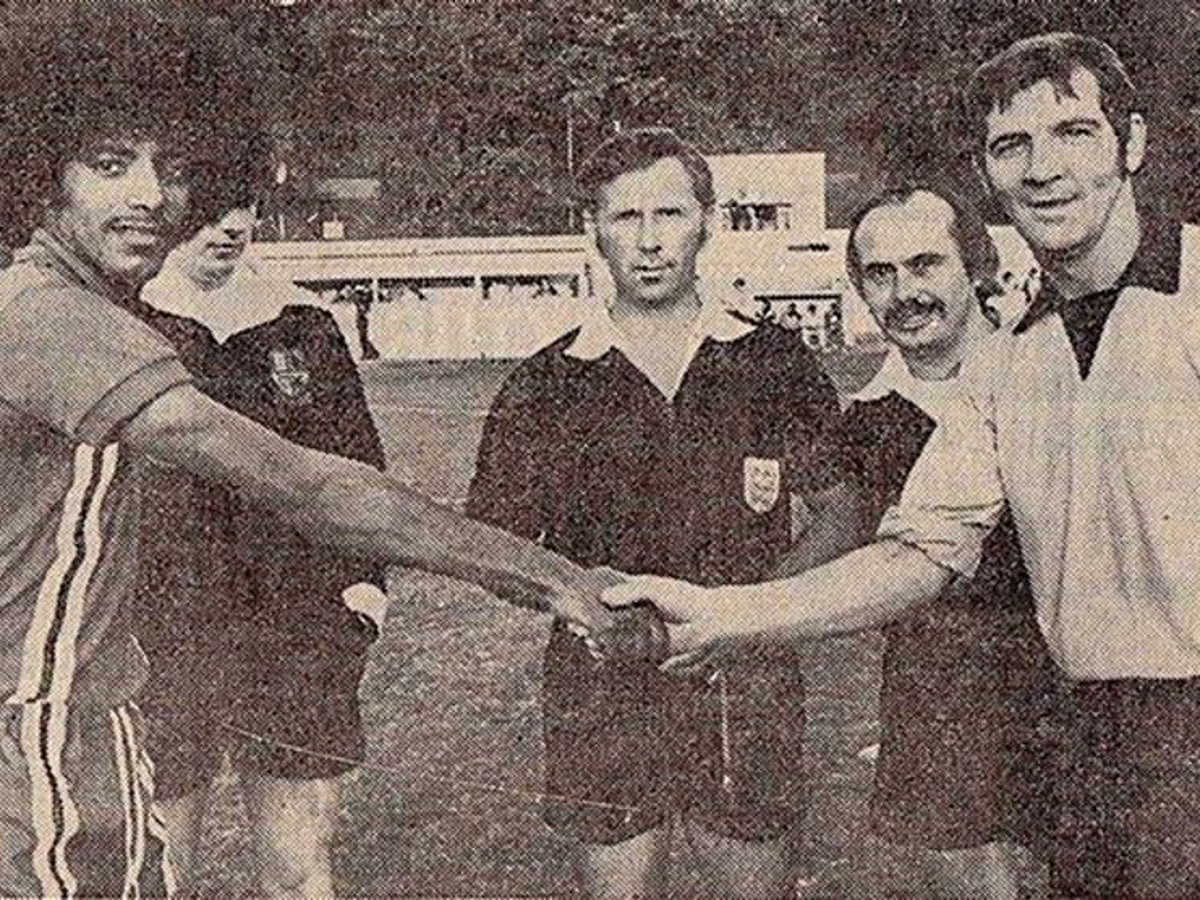 Don’t miss the launch event for volume three of the history of Worksop Town -—1970/2000, on Sunday 2nd February, from 7.30pm to 9.30pm at The Station Hotel, Carlton Road, Worksop S80 1PS.  Formed in 1861, out of over two million world-wide, Worksop Town are the world’s fourth oldest football club.

Volume three of the club’s history follows the successful launch of the first two volumes (1861/1930 and 1930/1970) in 2017 and 2018. As previously, the slide presentation at the launch will be led by Dave Pickersgill and John Stocks.
Volume three continues the journey as they reflect on the period from 1970 to 2000, and celebrate 100 years of being the Tigers, and playing in amber and black. It is the story of three turbulent decades as the club approached the Millennium, an era when the club faced challenges from the impact of losing its historic home, out of town exile and a bitter and divisive miners strike. The story of the football club is set alongside the social history of the community that it represents: three decades of dramatic social change.

Copies of volume three (A4, over 150 pages including statistics and illustration) will be on sale at £10.00.
This event was originally planned to take place at Worksop Library in December 2019. However, due to flooding, it was cancelled. It is hoped that the ‘Amber and Black’ exhibition will take place at some point in 2020.
Tickets can be bought via Eventbrite in advance for £2.50. Entry on the door costs £3.00. As with the first two books, all profits will go to the Tigers!

Locally-born, John is a lifelong Tigers supporter who attended his first game in the Midland League Championship season in 1965/66. Dave attends the occasional game.