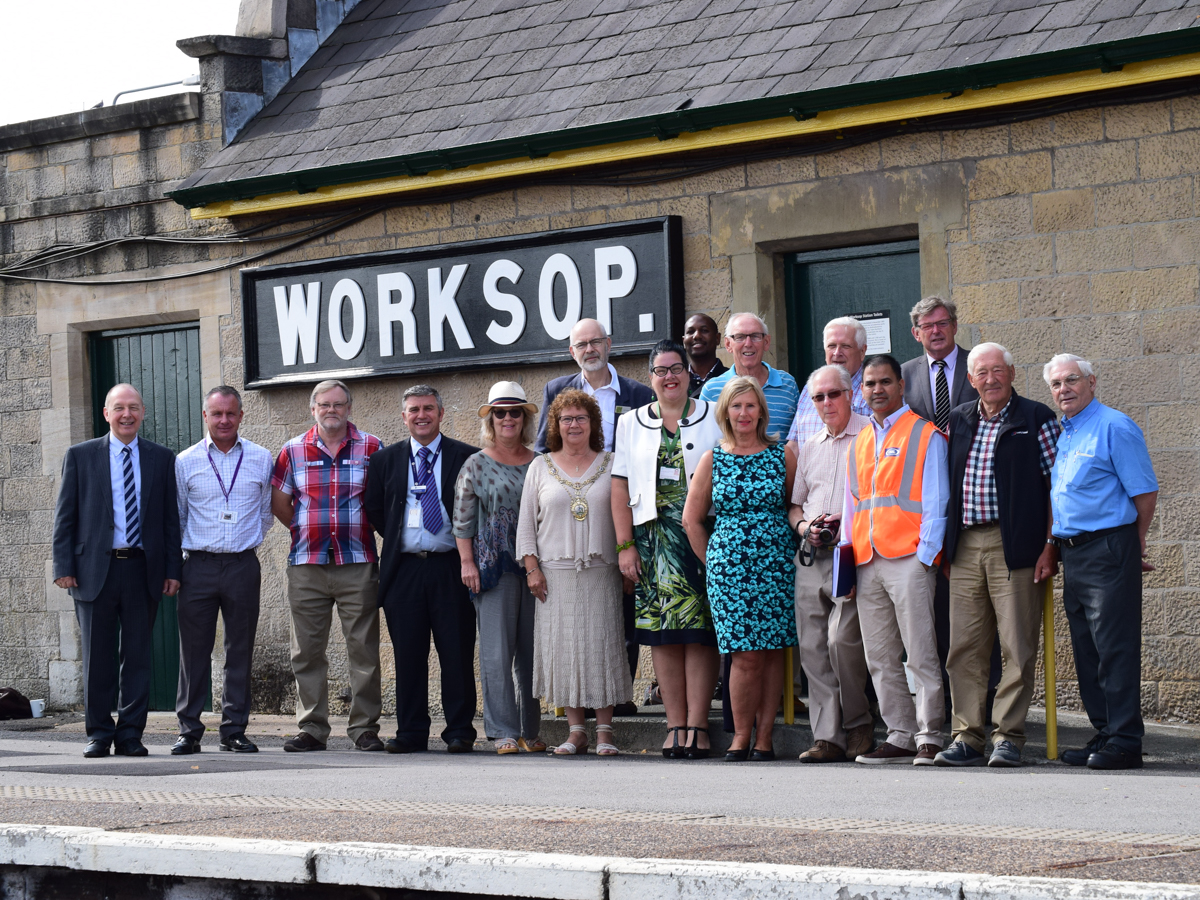 Worksop Railway Station was awarded ‘Highly Commended’ in the Station of the Year (medium) category at this year’s National Rail Awards, held virtually in September. It shared the honours with Ainsdale Station in the Merseyrail area and with Penrith Station which won the category.
All stations entered for these awards were visited and judged against set criteria for operations, including safety, infrastructure and customer-friendly presentation. Particular emphasis was placed on initiative and innovation. The awards judges described Worksop as “a tasteful transformation into an impressive railhead with close ties to the community”.
Northern Railway, which runs Worksop Railway Station, entered Worksop into the competition following the recent refurbishment which was completed last year. Northern Railway also has plans to repaint the front of the station, further improving the look of this Grade 2 listed building. Worksop Railway Station provides a high quality entry for visitors to Worksop and a source of pride for Worksop residents using the railway to travel for work or leisure.
On Friday 12th July 2019, John Mann MP (now Lord Mann) cut the tape on a plaque commemorating the National Heritage Conservation Award given to Worksop Railway Station and was joined by representatives of the organisations involved in the recent refurbishment. These included the Railway Heritage Trust, Network Rail, Northern, and North Notts and Lincs Community Rail Partnership (NNLCRP). Network Rail, supported by the Railway Heritage Trust, and contractors CML, completed an authentic restoration of Worksop railway station in 2018. The station canopies, roofs and windows had been carefully refurbished and repainted, as had the signal box, located at the Carlton Road crossing.
Rick Brand, Chair of NNLCRP Bassetlaw Area Group, said: “Entering Worksop Railway Station into this competition is a shining example of what can be achieved through local and national organisations working together. NNLCRP is especially grateful to Northern Railway, and the Friends of Worksop Station, the Railway Heritage Trust, Network Rail, and Bassetlaw District Council for their support of Worksop Station, which will continue to provide an excellent service to commuters and leisure travellers alike.”
The Friends of Worksop Station, part of NNLCRP, continue to improve the details in the station and have recently installed authentic ‘Public Bar’ and ‘Cafeteria’ signs, jointly funded through a grant by ACoRP (now Community Rail Network) and Northern Railway.