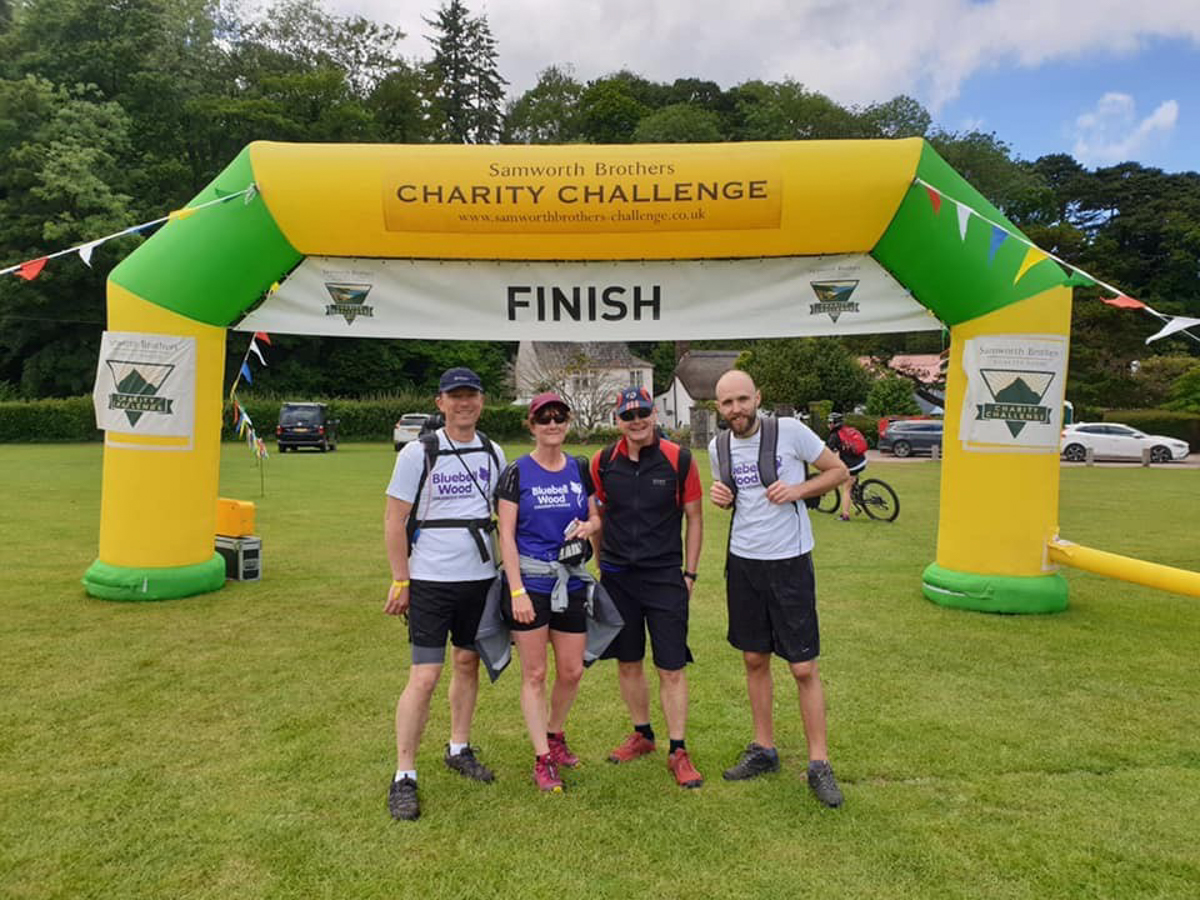 Two teams from a Worksop business braved the elements to take on an epic mystery challenge across land and sea for Bluebell Wood Children’s Hospice. The brave teams from Manton Wood’s Samworth Brothers — dubbed The Wacky Racers and A Sandwich Short of a Picnic — had no idea what they had got themselves into ahead of the gruelling event.
On the day itself, the challenge was revealed to the eight apprehensive competitors — a three stage challenge across the remote Exmoor landscape in Somerset.

The hardy souls managed a challenging 22-mile cycle which was followed by a further eight miles on foot before taking to the sea in a kayak for the final leg.

The daunting event in June was part of the biennial Samworth Brothers Charity Challenge, with both teams from the firm choosing Bluebell Wood.

Ruth Thomas, from a Sandwich Short of a Picnic, said: “Despite our apprehension in the run up to the weekend, we all had an amazing time and for a little pain on our part we managed to raise a massive amount of money for our chosen charity, Bluebell Wood.”

The nerves, men overboard and subsequent sore limbs were worth it in the end when they totted up over £5,000 in funds raised for Bluebell Wood.

The three-stage event included cycling up Porlock Hill which climbs 221 metres in less than a mile, taking in breath-taking views across the Exmoor landscape before battling the choppy Bristol Channel in kayaks.

Julie Hampson, corporate fundraiser at Bluebell Wood, said: “I’m glad to hear the two Samworth teams made it through the gruelling challenge in one piece and their bravery and team spirit has certainly paid dividends!
“A huge thank you to all involved for going the extra mile for Bluebell Wood.”