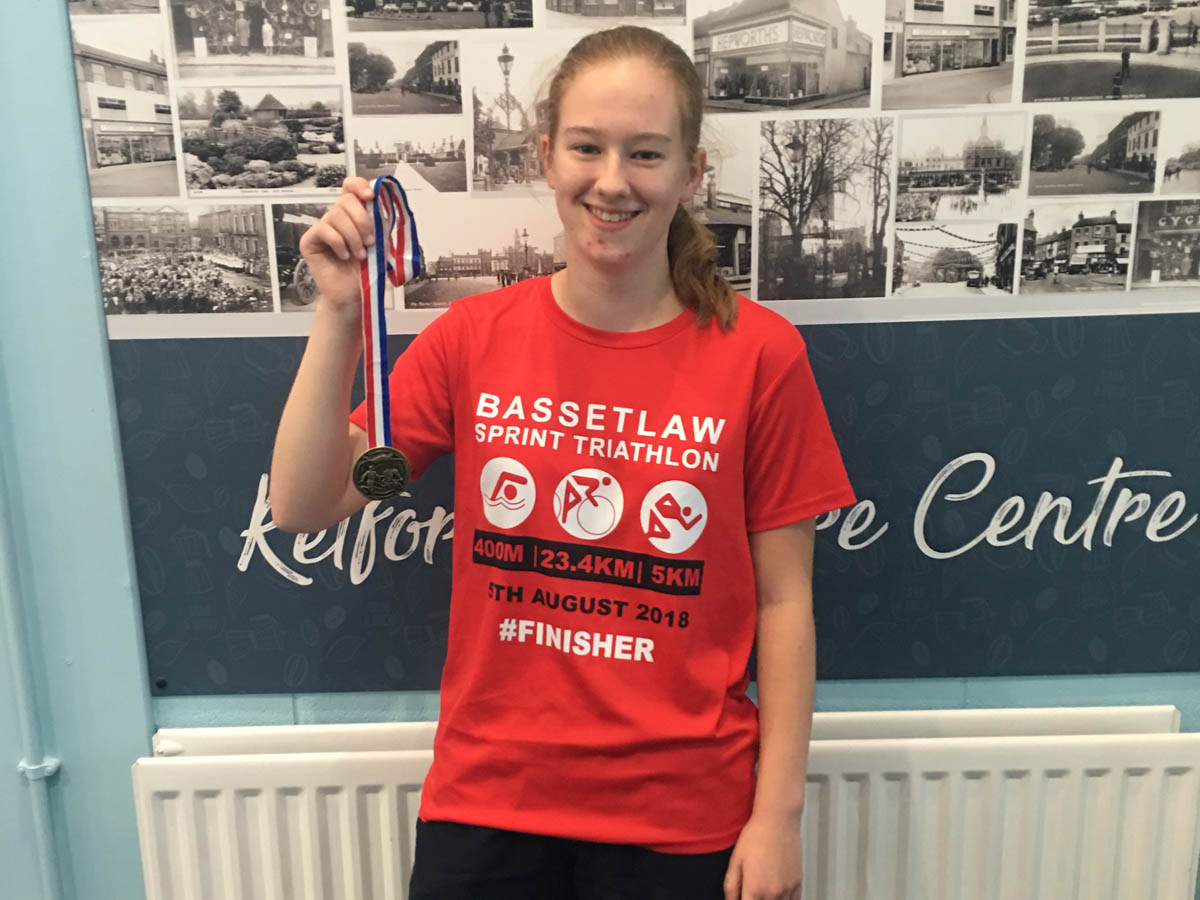 A lifeguard at Worksop Leisure Centre took home the top spot in her triathlon debut. Emily Naylor works as a lifeguard and receptionist at the leisure centre. She took on the gruelling challenge, organised by Bassetlaw Triathlon Club, back in August and took full advantage of her access to BPL’s facilities in both Worksop and her home town of Retford, to get ready for the ordeal.

Emily, who is currently applying to join the military, said: “A big part of the application process is the fitness test, so I thought this might be a good way to see how I was getting on and establish a milestone. It is something I had never done before. The cycling section actually should have been 20km, but roadworks meant we had 3.4km extra to do.
“Swimming has always been my strongest, then cycling, then I thought it would be running which was the most difficult — but the extra length on the cycling made that the hardest.”

Emily said being able to use the BPL facilities has been a big part of her preparation for not just the triathlon, but her military application.

“It is a real benefit that working for BPL means I can access all this without having to pay. I have the gyms at my disposal and the instructors are also there to give me advice too,” Emily said.

“It is definitely something important for building endurance, because obviously it is quite hard and laborious to be fit for service. But mostly I did it just to see if I could. The members of the Triathlon Club were also really great in giving me advice on taking it on. I can’t thank everyone for their support enough.”