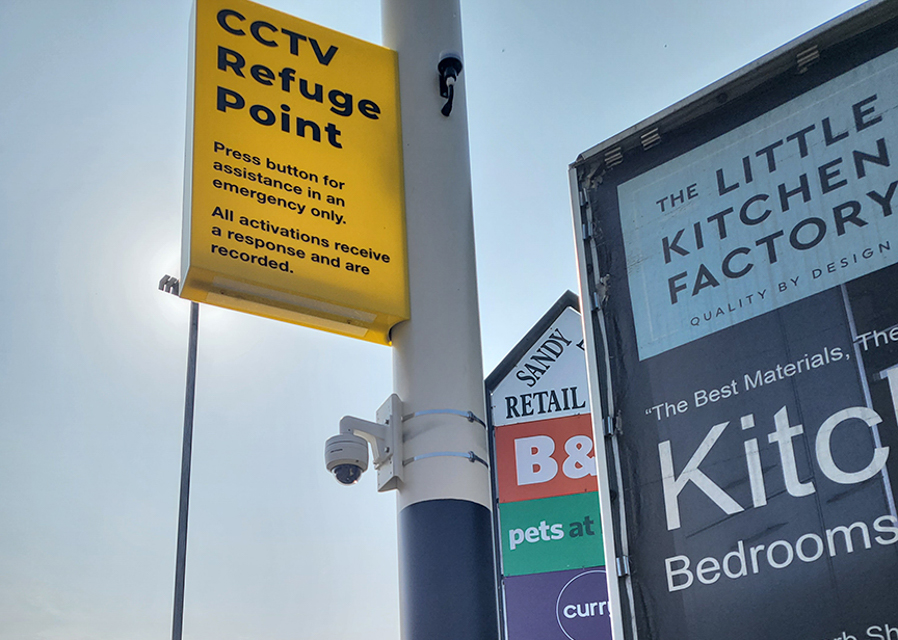 Officers from Bassetlaw District Council have undertaken a huge environmental clean-up as part of their efforts to make Worksop’s public spaces feel safer, particularly for women and girls.

The work has been funded by the Safer Streets 3 project – a Home Office initiative being led locally by Nottinghamshire Police and Crime Commissioner Caroline Henry to reduce violence against women and girls and reduce their fear of crime.
Back in the autumn, officers in Worksop carried out an environmental survey to determine areas in urgent need of cleaning and maintenance.

In total, 55 environmental issues were identified across 24 locations.

Since then, 404 hours of cleaning and maintenance has been undertaken across a number of key areas including Cheapside, Castle Street, Bridge Street, Lead Hill, Dock Road, Church Walk, Canal Road and Memorial Avenue.

Work has included the removal of graffiti, repainting of railings, weed and shrub tidying, litter clearance, bollard repainting and maintenance of flowerbeds.

Commissioner Henry successfully secured £550k from the Home Office’s Safer Streets Fund as part of a £23.5million national pot set aside by the Government to reduce violence against women and girls.

As part of a partnership between Commissioner Henry, Bassetlaw District Council, Nottinghamshire Police and Nottinghamshire County Council, the funding will deliver additional CCTV, upgraded street lighting and extra police visibility patrols as well as a host of training programmes and workshops for young people and adults to tackle misogyny and harmful behaviour that underpins violence.

In addition, Worksop will benefit from five new refuge points each containing two state of the art 4G HD Safer Refuge CCTV cameras whereby members of the public, especially women and girls, can instantly alert CCTV Control Room staff when they feel threatened or at risk; calls can then be relayed to the Police Control Room if the caller is deemed to be at risk.
CCTV Refuge Points provide 24-7 surveillance of an area like standard CCTV but have the additional advantage of offering users a ‘panic button’ feature whereby they can automatically alert Police to a live incident.

Upon activation, operators will be able to risk assess the scene via a PTZ (Pan, Tilt and Zoom) camera to secure evidence, determine what help is need, dispatch the appropriate police response and provide reassurance to the caller via two-way audio.

The technology, which has been developed over the past six months, has been fitted to poles painted white to make them more conspicuous to members of the public requiring help and are now fully operational.
Safer Refuge Points will be available in the following locations in Worksop: