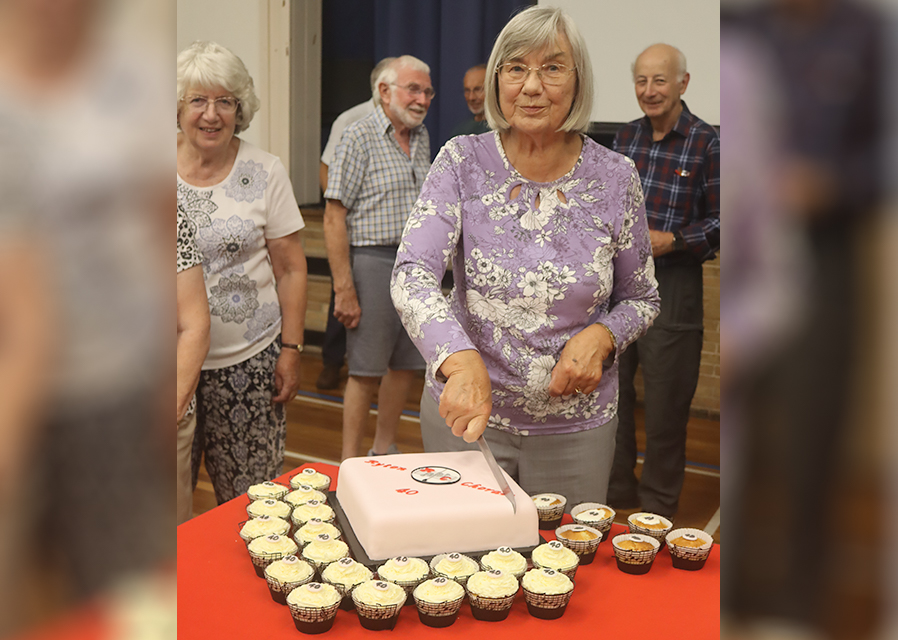 Ryton Chorale started its 40th anniversary year at the rehearsal on 5th September. The Chairman welcomed everyone to the AGM and said that the choir had had a successful year of rehearsals and concerts, thanks to the combined efforts of members, the committee and the Musical Director.

He paid tribute to the previous chairman, Olwen Kerswill, who died earlier this year, and to the previous Musical Director, David Wynne. They had both done the groundwork on which the choir is now building. This point was also made by the current Musical Director who emphasised the significant stride forward made by members’ individual practice at home.

The less formal part of the evening began with the cutting of the 40th anniversary cake by Chris Morgan, one of the founder members. Chris brought a selection of past Ryton concert programmes for members to look at.

The final part of the evening was given to rehearsal time of the newly composed work, Mass of the Winged Lion by Martin Ellerby, which is to be premiered on Saturday 19th November at The Crossing in Worksop. Ben Frith and Heidi Rolfe will be providing the piano accompaniment. Describing the music as challenging, Simon Lumby said it is tuneful and exciting. The concert will also include Elgar’s The Music Makers.