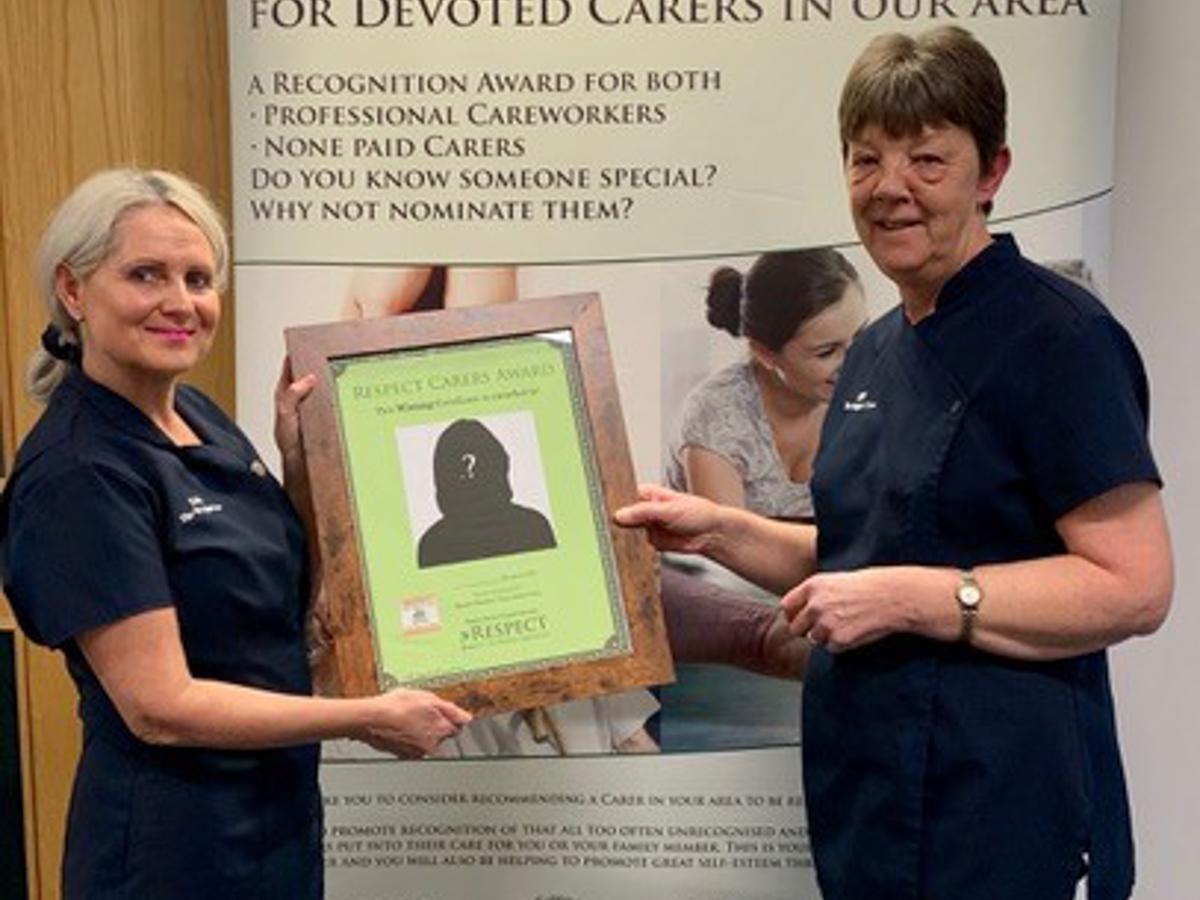 The regional Respect Carers Award winner is Julie Piper who lives in Laughton Common near Dinnington and has worked with the same company SJW, The Wright Care Group for the last five years. She has been honoured with a regional award for her work, where she has implemented lots of her experience from being a former community staff nurse in Worksop.

Julie was nominated for this award by the family of the late Mr ‘Bob’ Charles Robert Chester of Langold because Julie cared so well in the latter stages of Bob’s life. She made a lasting impression on him because of her care and devotion, not only to him but also to his family.

Gordon Tulley, from Respect Carers Awards, explained: “It is a pleasure to give out these awards to such deserving and caring workers who we believe are real unsung heroes working tirelessly out in our community every day looking after those who are ill and also their families in what is, often, the most distressing time towards the end of life of a loved one or friend. All too often we hear of even the little things they do from listening to those they care for in the final months and weeks leading up to the passing. Everything they do is so highly appreciated by the immediate family and the care and advice they offer to those who will ultimately be left behind.”

Bob Chester’s family were service users of SJW, The Wright Care Group based in Worksop, a regional backup to the district nurses and hospitals in the region and the whole family spoke so very highly of the carers SJW supplied.
Julie was presented with her award by Kerry Hessey of SJW, who is the assessor for care quality at SJW and applauded Julie on her high standards and quality of care. Kerry said: “Julie shows empathy, she is self motivated and believes in what we do and gives the client confidence not to give up.”

Julie would like to say a huge thank you to the family and that it’s an honour to accept the award in Bob’s name.
The awards are sponsored by Respect Green Burial Parks and Respect Direct Funeral Services in Bawtry, Retford, Worksop and Shirebrook. For more information on how to nominate your loved ones’ carer contact Gordon on 07836 202158 or gt@respectgb.co.uk.