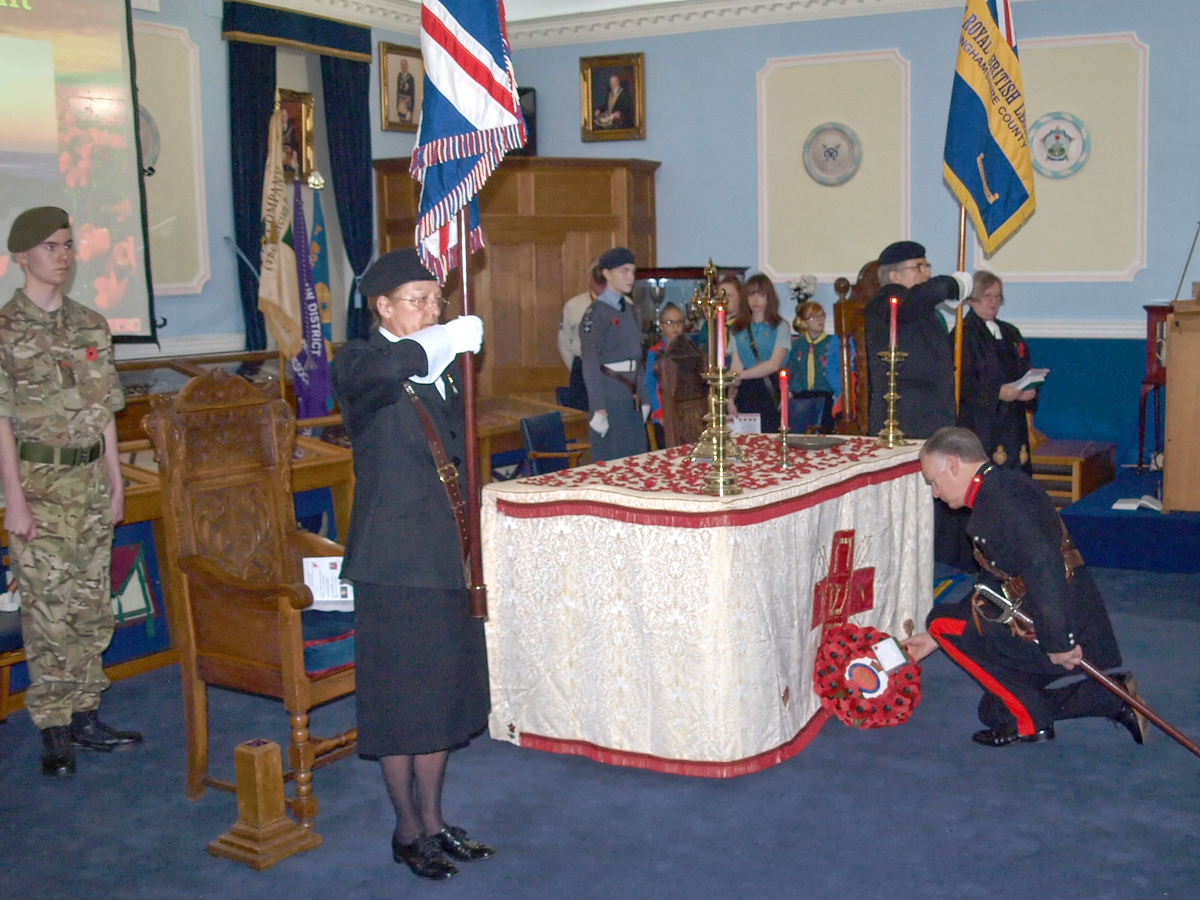 On Sunday 3rd November, the 20th Annual Service of Remembrance and Lunch was held at the Worksop Masonic Club on Potter Street, Worksop and was hosted by the leader of Freemasonry in Nottinghamshire, Philip Marshall, and his wife Ann. Over 100 people attended the service including the Deputy Lord Lieutenant of Nottinghamshire Robin Wilson and his wife Margaret, Councillor Deborah Merryweather (Chair of Bassetlaw District Council), Colonel David Sneath retired (County President of the Royal British Legion), and Mr Ronald Holdsworth (County Chair of the Royal British Legion).

The service was led by the Reverend Felicity Ferriter, the chaplain of the Retford branch of the Royal British Legion, and featured groups from all the local uniformed youth organisations, the Army, Sea and Royal Air Force Cadets, the Scouts, and Girl Guides. The two readings at the service were delivered by local members of the Royal British Legion, Mrs Elaine Hopkinson and Councillor Sybil Fielding.

The audience was not limited to the 100 or so who were physically present at the event as it was broadcast live, by Trust AM Radio, to patients and staff at the Doncaster and Bassetlaw Teaching Hospitals NHS Foundation Trust, as well as to local residents.

At the conclusion of the lunch held after the service, Philip Marshall presented a cheque for £700 to representatives of the Royal British Legion, the sum raised at the event in support of the Poppy Appeal.