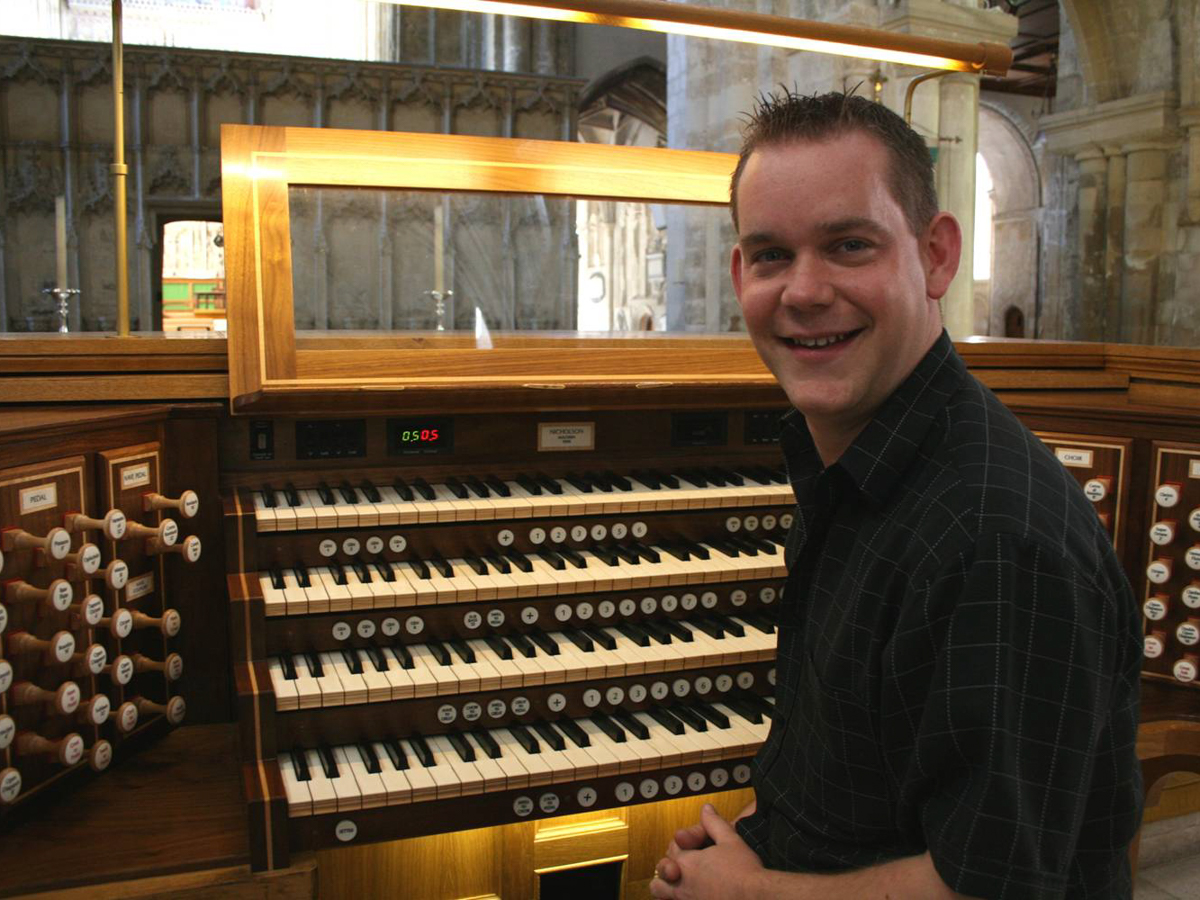 Keith Hearnshaw FRCO brings a refreshingly flamboyant and technically brilliant approach to the three-manual organ, of The Crossing Church and Centre, Newcastle Street on Saturday 21st April at 7.30pm (doors open at 6.45pm).
His concert programme will show a width of musical taste ranging between the theme music associated with Alfred Hitchcock and the breath-taking David Briggs arrangement of the Saint-Saens Organ Symphony finale!

Well-known throughout the UK for his work promoting the ‘King of Instruments’ (as Mozart called the organ), to young people through his ‘Dan and the Magic Musician’ animated organ project involvement, Keith Hearnshaw’s approach to the organ is the very antithesis of any who believe organs are dull and simply churchy. As an ambassador for the organ his enthusiasm and talent has been recognised in RSCM Children’s Days.

Keith Hearnshaw trained at the Birmingham Conservatoire and was an organ scholar at both Lincoln Cathedral under Colin Walsh and Liverpool Cathedral under Professor Ian Tracey. He has featured as a concert organist on radio and TV programmes and concert venues where he has performed include Westminster Abbey, Alexandra Palace and Symphony Hall Birmingham.