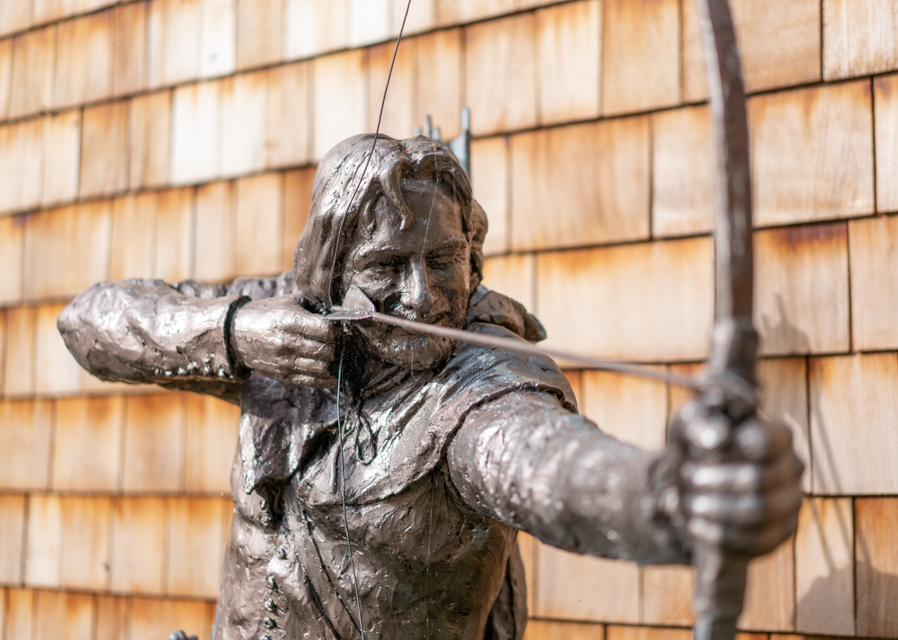 25th August will see our county being celebrated for its achievements, people and towns that make up wonderful Nottinghamshire. But one of the things that make Nottinghamshire so special for me, is the history it’s steeped in. And what better day to explore some moments from the past that help define the area we love.

Around the world, Nottinghamshire is known for its most famous resident, Robin Hood. The legend is told in homes and schools worldwide, and also made famous onscreen by the likes of Kevin Costner and Russell Crowe. Legend says that Robin Hood lived in Sherwood Forest where he famously stole from the rich and gave to the poor. The Major Oak, which still stands proud in the park today, was supposedly a favourite hide-out for Hood and his ‘Merry Men’, and is a popular photo opportunity when visiting the forest.

Further south in Nottinghamshire, stands the picturesque Newstead Abbey; the ancestral home of the poet and peer, Lord Byron. He didn’t live at the site for any extended period of time, but was very fond of the estate. However, when it fell into disrepair, Byron saw the decay of Newstead as a metaphor for his families’ fall. He would go on to detail this melancholy in his poem, ‘On Leaving Newstead Abbey’.

Just outside of Ollerton, the ruins of Rufford Abbey are now part of a country park. After the dissolution of the monastery in 1536, Rufford came into the possession of the 4th Earl of Shrewsbury, George Talbot, who converted it into a country house. His wife was Elizabeth Talbot, more famously known as ‘Bess of Hardwick’, an English Noblewoman during the reign of Elizabeth I. Bess spent considerable time at Rufford, as well as her and her husband’s many other properties.

Only the ruins of the 12th century Newark Castle survive now, but it was once home to the Bishop of Lincoln, who received permission to build it from King Henry I in 1135. Sadly left derelict in the 17th century, the castle is perhaps most famous for the death of King John, whose reign saw the establishment of the Magna Carta. He died from Dysentery in 1216, supposedly from eating a “surfeit of peaches”.

Just outside of Worksop, Clumber Park is now a favourite outing for families in the area and beyond. Beginning life as a hunting lodge, John Holles, 1st Duke of Newcastle made the site into the estate in which he would live. Work continued in 1759 after the Duke’s death, but much of the house was destroyed in 1879 by a fire. Amongst the things lost in the flames were original paintings by artists such as Rembrandt and Durer. The house was demolished in 1938 and subsequently bought by the National Trust, who proudly own it today.

And this only scratches the surface of the history which simply overflows from Nottinghamshire. Our great county is undoubtedly something to be proud of – boasting attractions which people travel for miles to visit. Nottinghamshire is a special place for all who have been touched by its history.