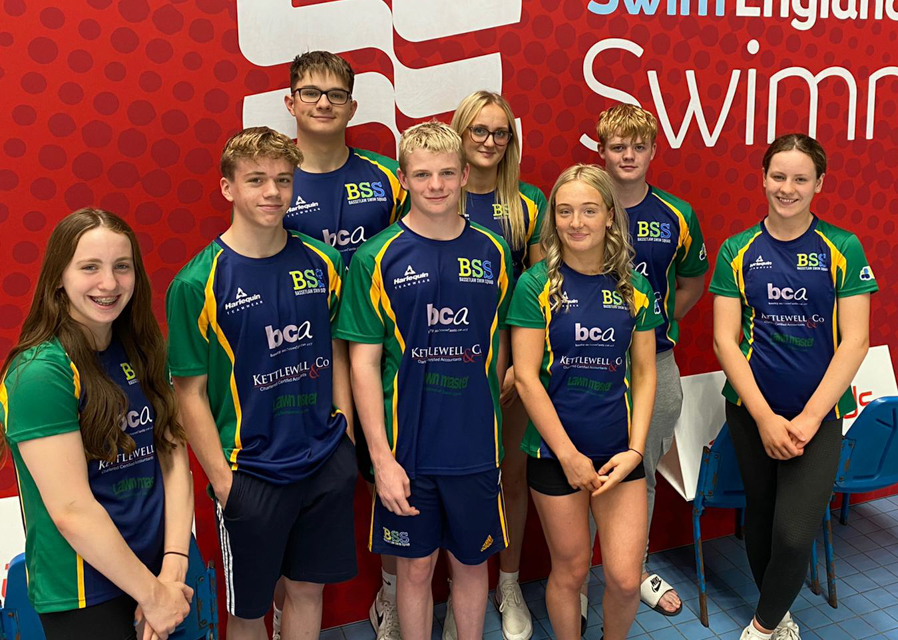 Nine swimmers, eight of whom had never competed at a Home Nations level or above before, competed at the Swim England Summer Meet whilst two made their debuts on a national stage at the Scottish Summer Meet.

Neve Ping and Kaitlyn Butters contested 11 events between them, made seven finals or top 10 finishes, set eight new Personal Bests, and came away with three medals! Ping earned a Bronze in the 400m Freestyle with Butters earning Silver and Gold in the 100m and 50m Breaststroke events respectively.

The English contingent competed in 14 events, achieved 10 finals, 10 top-10 finishes and 13 Personal Bests in the pool whilst achieving a top 10 and a Bronze in the 3km Open Water Championships.

Jennifer Walker had a heavy programme competing in all the distance Freestyle events – 200m, 400m, 800m, 1500m and the 3km Open Water event. Walker set PBs in the 400m and 1500m events along with earning four top-10 finishes in her age-group.

Also contesting the girls 3k Open Water event was Rachel Webb, where she earned a Bronze medal. Webb also contested the 200 IM, just shy of her PB but finished inside the top 10.

Lewis Warner achieved PBs and top-10 finishes in both the 100m Butterfly and 200 Individual Medley events whilst just missing the final for the 200m Butterfly.

Head of Performance Swimming, Michael Glossop, said: “The Home Nations performances back up what the squad achieved at the British event. Of the 11 swimmers across the English and Scottish events, 10 were debutants this year and coped with the national stage extremely well. All of them have learned a lot about themselves and what it takes to compete at this level.
“These results just highlight the journey that we’ve been on for the past five years. Continuous year-on year progress for Team BSS is a difficult task to continue but certainly a challenge that we’re relishing.”