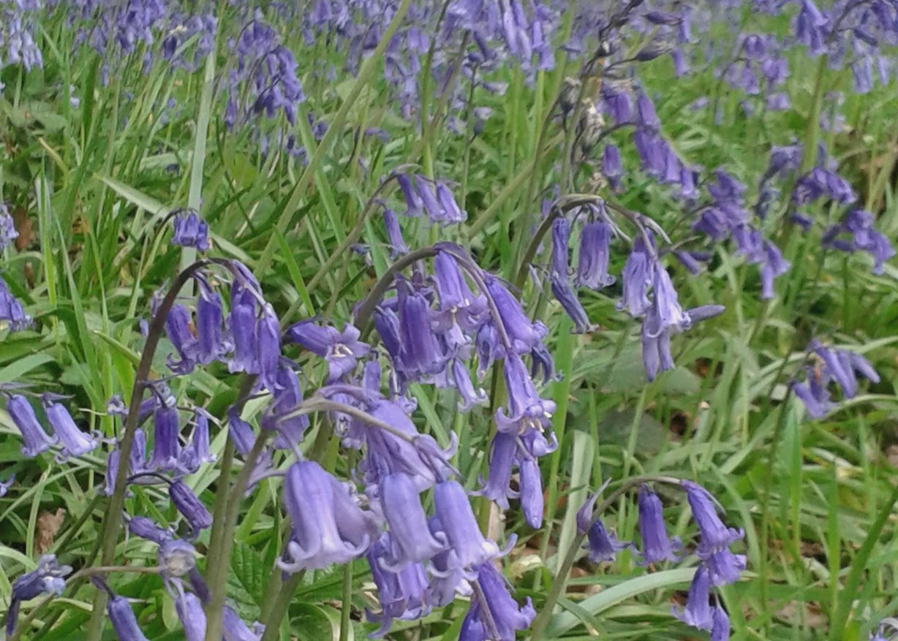 A massive thank you to everyone who visited Hodsock Priory’s Bluebell event at the end of April and donated to their chosen charity. You helped to raise £1,945.61 for Doncaster and Bassetlaw Teaching Hospitals.
Sir Andrew and the Bluebells team opened Hodsock for Bluebells 2021 but it was just a very simple affair, giving visitors the opportunity to take a walk in the fresh air whilst enjoying the woodland and the gardens. It was free to enter, but charity donations were encouraged, and even attracted national TV coverage, featuring on ITV’s This Morning with Alison Hammond.

Know Your Bluebells!
Here’s your guide to recognising the native British Bluebell, which they have at Hodsock, and the Spanish Bluebell.