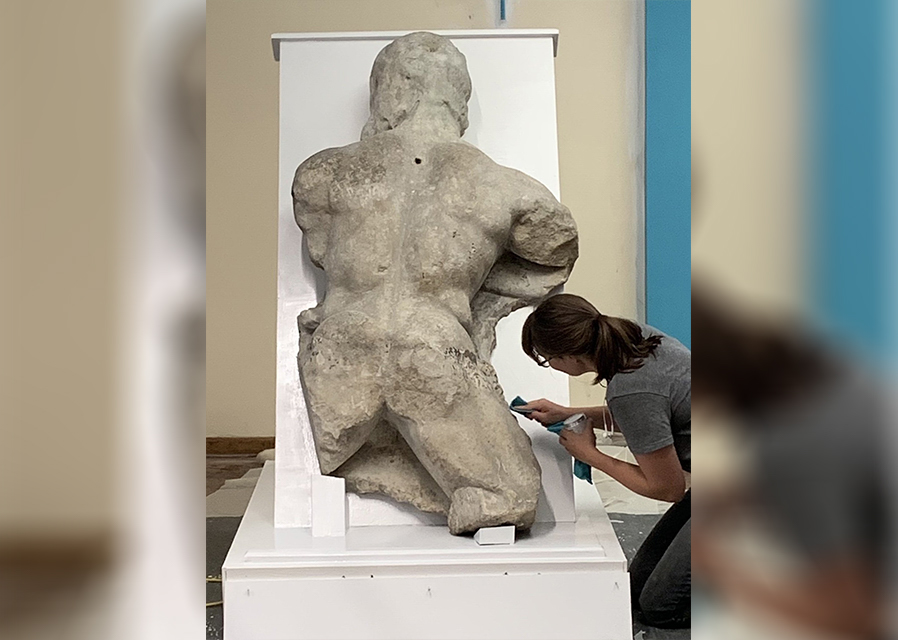 The Worksop Torso: A Story of Survival
What exactly is the Worksop Torso? All will be revealed at this Heritage Talk, taking place at Worksop Library on Wednesday 27th April at 2.00pm. From Pergamon to a safe home in Worksop, the torso survived shipwreck, neglect, burial, fire, and the threat of destruction. Join Ruthie Boys from Worksop’s Aurora Centre and Sam Glasswell from Bassetlaw Museum to find out more about its epic journey.

This is expected to be a popular talk so please book early to avoid disappointment. Tickets are £3.00 and can be purchased at www.inspireculture.org.uk, in person at the library or by phone on 01623 677200.

The Worksop Torso can be viewed in the new Heritage Hub at the Aurora Centre, just next door to Worksop library.

Jazz Steps Live
Don’t miss The Dave Storey Trio live at Worksop Library on Tuesday 26th April at 7.30pm to 9.30pm. Storey’s Trio is in the great tradition of 1950s and 60s jazz. Imagine yourself in New York or Chicago, in the days of the great masters – Sonny Rollins or Miles Davis; or maybe you’re in London at Ronnie Scott’s, listening to Tubby Hayes or Ronnie himself. The music is strong and muscular with more than a little humour – classic jazz with a great history.

The Trio presents material from their second album ’Jouska’. It features their signature, quicksilver interplay, honed over years of playing and touring in the jazz tradition, brought to life for the 21st century. Communicating with love, wit and fire, the trio are long term collaborators saxophonist James Allsopp and pianist Conor Chaplin, with ‘Mr D.S.’ in the drum chair.