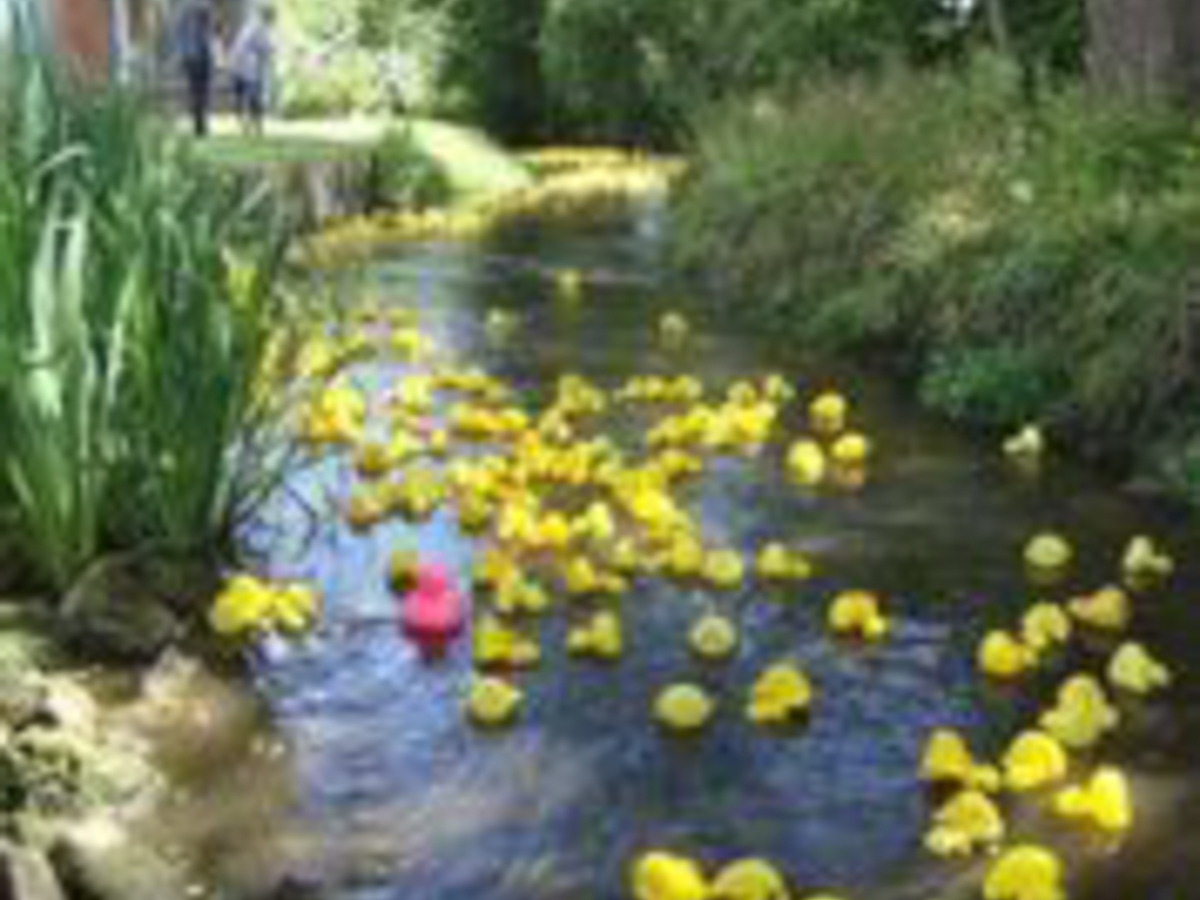 Over the past 36 years, Shireoaks WI have raised thousands of pounds for local charities at the very popular duck race which is held in Shireoaks in June. There were over 600 plastic ducks released into the River Ryton, with members of the public having a go at guessing how long the race would take, naming the ducks, tombola, splat the rat, craft stalls and last but not least, the WI’s fantastic cakes.

There was more than enough to keep everyone amused whilst they waited for the ducks to meander downstream. This year’s supported charities were Bassetlaw Hospice, Bluebell Wood and the local office of the Alzheimer’s Society.
Not ladies to rest on their laurels, it’s straight on to the next fundraiser! Shireoaks WI will be hosting an afternoon tea with a difference — a summer garden party, but inside. So why not go along in your best hat and finery to the newly re-furbished village hall (for which incidentally they raised nearly £4,000 towards refurbishment costs) on Wednesday 21st August at 2.00pm? Money raised from this event will go towards installing a defibrillator at Shireoaks Sports and Social Club. Tickets cost £6.00 and are available from Shireoaks Post Office or Shireoaks Sports and Social Club. There will be bingo, a raffle and a ‘bring and buy’ stall, plus of course lots of lovely sandwiches and cakes.

If anyone would like to go to a WI meeting, to see what they do and get involved then they are more than welcome to go along as a visitor first. They meet in the village hall on the third Thursday of every month (except in August) at 7.00pm. For more information please contact Dawn Short on 07817 681778 or look for them on Facebook.