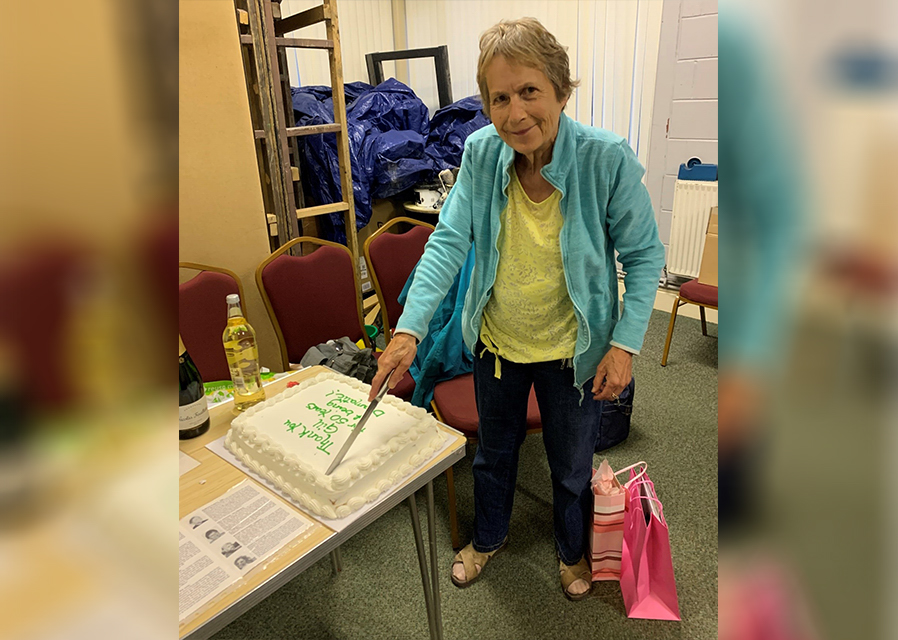 At their recent AGM, members of Dukeries Theatre Group celebrated its 75th anniversary and the unique contribution of 50-year-member Gill Wenger to local drama. Both occasions were marked by a champagne toast and an anniversary cake.
The group started life in 1947 as Worksop Amateur Dramatic Society, relaunching itself as Dukeries Theatre Group in 1995. The first offering was a play called Jane Steps Out. At least one show’s been staged every year since at a variety of venues in Worksop.

Their current home is the Acorn Theatre, where they were the first group to present a show for the public in 2006. They had previously performed in the same building in the 1980s when it was the Congregational Church Hall. Over the years the group has presented farce, comedy, established staples such as When We Are Married, children’s plays, plays with music and contemporary works such as Close The Coalhouse Door. This last was put on at the height of the 1984-85 miners’ strike.

Gill Wenger was presented with an award in the appropriate shape of a star to mark her golden anniversary. She directed her first play for the group, Noel Coward’s Hay Fever, in 1972 and her most recent, Costa del Packet in April this year. In the intervening years she has either directed or stage managed many of the productions and even appeared on stage in some. Programmes and posters, some designed by Gill, were on display for members to see.

In accepting her award Gill related some of her early experiences in Worksop drama. Hay Fever was the first play she’d directed and it was, she said, a steep learning curve. She revealed that her greatest passion is to direct Shakespeare, something she did many times for Clumber Players. She also paid tribute to the then director of Norwich’s Madder Market theatre where she learnt so much of her stage craft during a gap year at a time when the term hadn’t been coined.

The current members of Dukeries Theatre Group are now looking forward to it continuing for many more years and keenly anticipating its 75th anniversary year production, The Wedding Singer, which will be staged in March 2023.