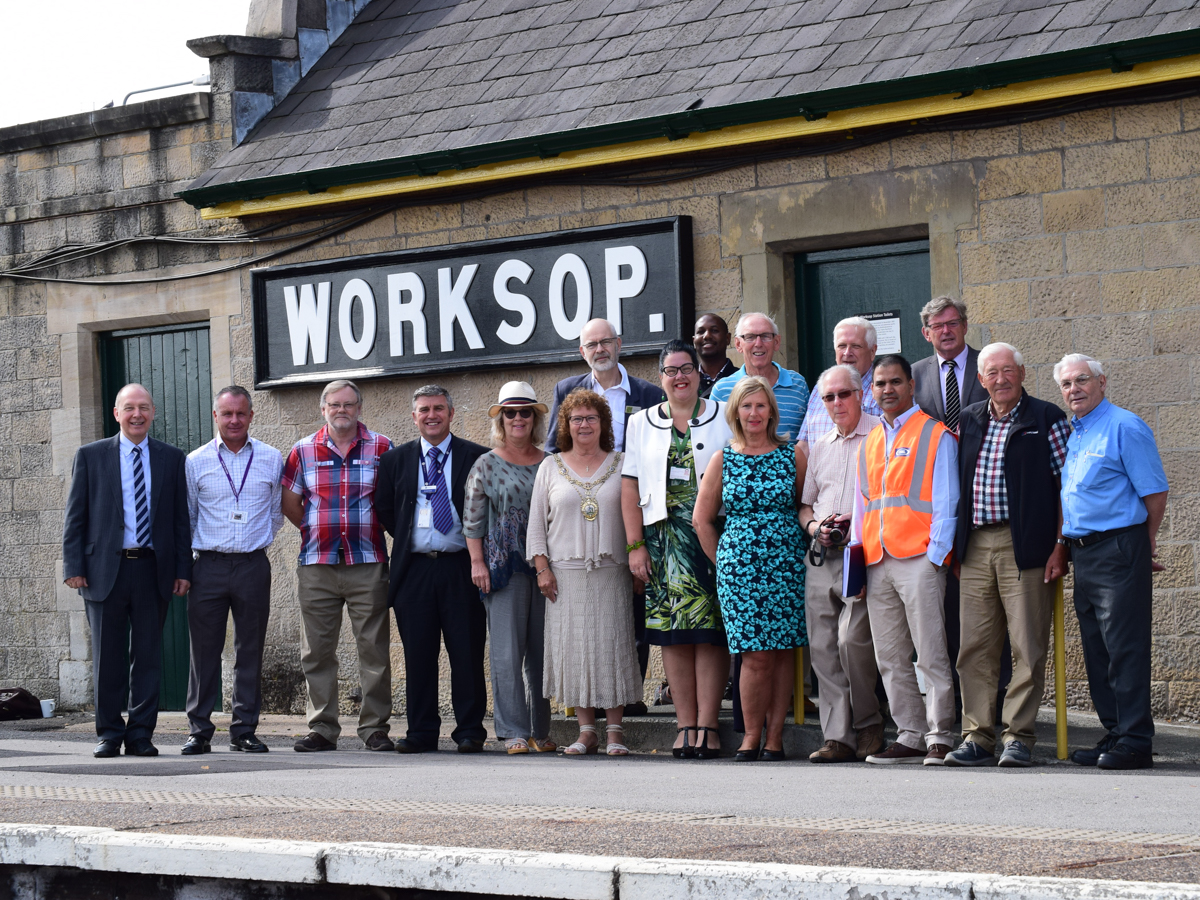 Representatives of the organisations involved in the refurbishment of Worksop Station gathered on Tuesday 17th July to celebrate the completion of the work and look forward to an exciting future for Worksop Railway Station.
Network Rail, supported by the Railways Heritage Trust, and contractors CML, has now completed an authentic restoration of the historic, grade 2-listed, Worksop railway station.The station canopies, roofs and windows have been carefully refurbished and repainted, as has the signal box, located at the Carlton Road crossing.

The Worksop Station project has captured the imagination of everyone involved. Network Rail allocated significant additional funding to complete the heritage detailing. Alan Smalley, a transport heritage specialist, specified and designed the Worksop running-in boards to original specifications and CML Site Manager, Darren Arno, personally worked on building the signs in his own time.

Rick Brand, Vice Chair of NNLCRP, said: “We are very grateful to Network Rail, the Railway Heritage Trust, Northern Rail and contractors CML, for completing these works so sympathetically. When Northern Rail is able to introduce its new services during 2019, Worksop Station will provide an even better service to commuters and leisure travellers alike.”

Worksop station is a gateway to the town from both the rail and road network; it is a potent symbol for the people of Worksop. The station is one of the few buildings in the town which provides a practical service every day to its people whilst having its roots embedded in the heritage of the area.

The new colour scheme is that originally used by The Great Central Railway (GCR) in England which came into being when the Manchester, Sheffield and Lincolnshire Railway changed its name in 1897 in anticipation of the opening in 1899 of its London Extension. The GCR was the first railway to be granted a coat of arms. The arms were granted on 25 February 1898. On 1st January 1923, the company was grouped into the London and North Eastern Railway (LNER).