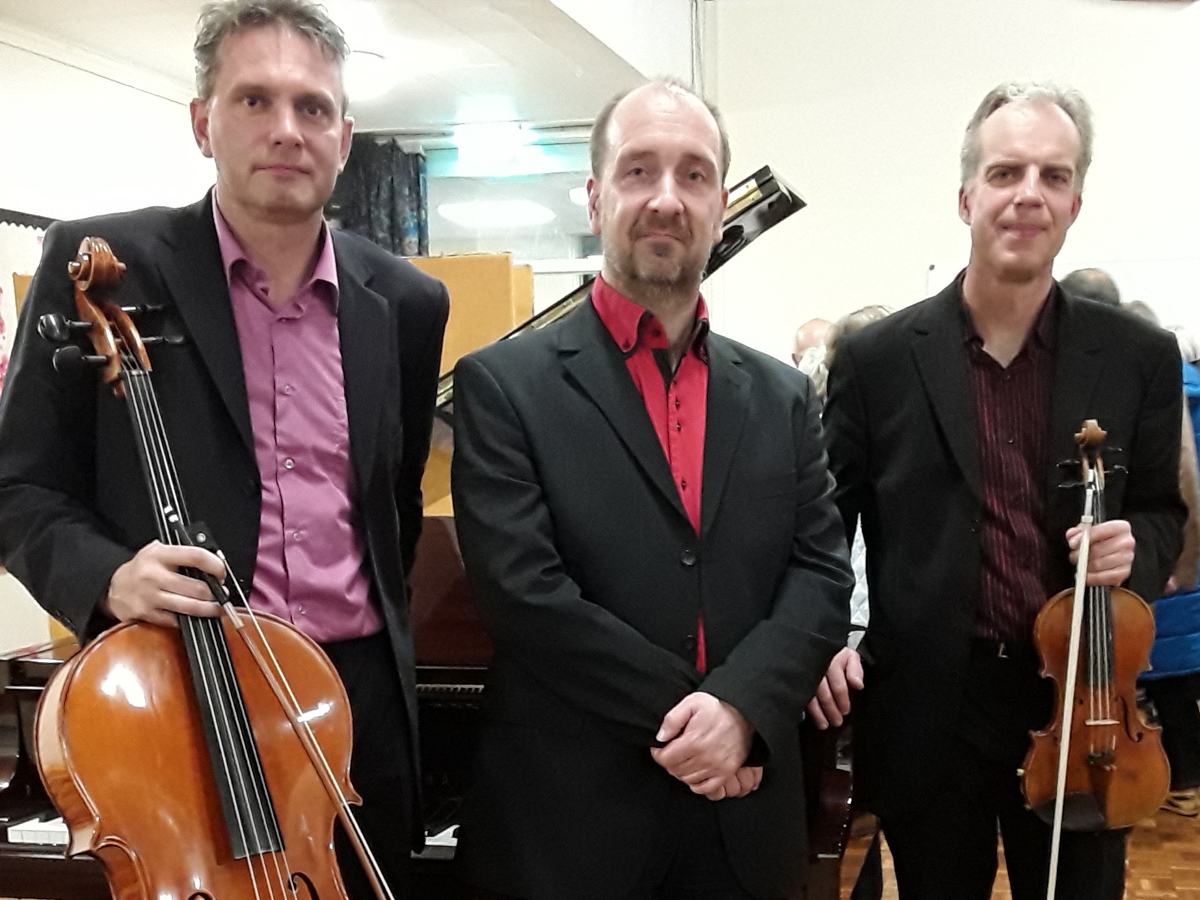 A packed audience at Tickhill Music Society was privileged to hear an outstanding performance at their November concert by the Trio Martinu of Prague. The Trio has been together for 25 years and it showed in the rapport between violin, cello and piano.

They started with a piece by their namesake, written in 1951 while he was in exile in New York. Martinu’s music has a reputation for being ‘difficult’, but the Trio succeeded in making it accessible and enjoyable.

To use a familiar phrase, this was followed by something entirely different, in the form of a trio by Mendelssohn. Although the piano took the lead, all three players displayed remarkable empathy in their interpretation of the piece.
The finale to the evening took the form of Beethoven’s Archduke trio. The programme note reminded us that

Beethoven played the piano part at the premiere in 1814 and received unflattering reviews for his playing, which was not helped by his increasing deafness. No such criticism could be levelled at the Martinu Trio, whose performance came as close as was possible to perfect ensemble playing. If that were not enough, the evening closed with the Trio playing an encore and evoking their homeland with a movement from Dvorak’s Dumky Trio. The audience was left in no doubt that they had witnessed an evening of very special music-making.
Review by Adrian Hattrell

Tickhill Music Society does not have a concert in January — their next concert takes place on Friday 8th February, at 7.00pm at St Mary’s School, St Mary’s Road, Tickhill.
Subscriptions for seven concerts costs £60.00; concession members (60 plus) £55.00. Subscription members for any four concerts pay £40.00.
Non-members pay £12.00 for each event at the door. Accompanied children (under 16) and students (aged 16 to 19) are admitted free of charge.