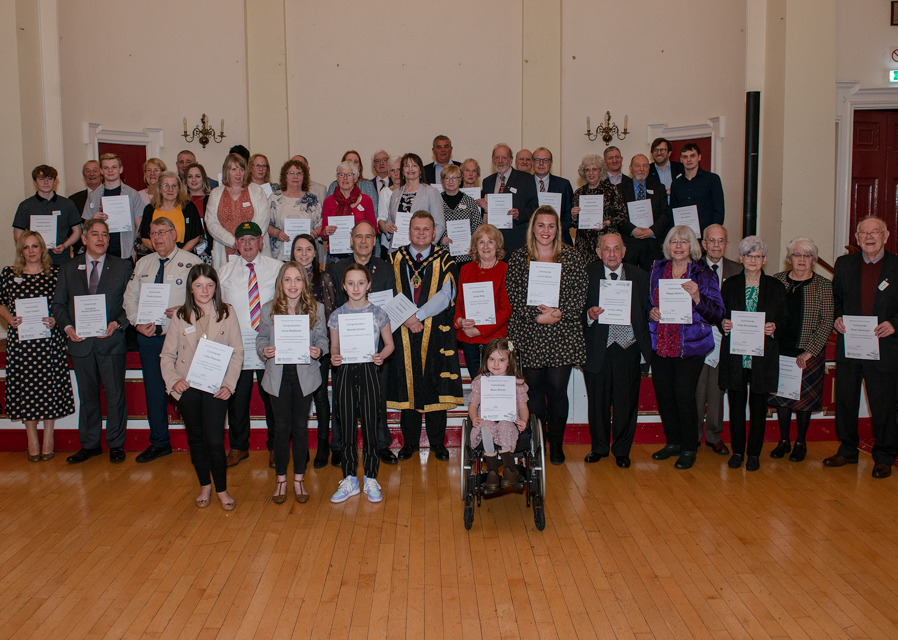 Bassetlaw District Council’s Achievers Awards returned in March after a three-year absence to recognise the accomplishments of people who have improved the lives of others in Bassetlaw.

This year’s awards acknowledged the personal achievements of individuals and groups, those who have dedicated their time and energies to improving their communities and those who have raised awareness and funds for charities.

The awards also recognise business achievements, sporting or group activities and those individuals who have overcome adversity to lead a normal life.

Nominations for the Achievers Awards were made by councillors, schools, community groups, Parish Councils and members of the public and all of the nominees were presented with certificates by the Chairman of Bassetlaw District Council, Jack Bowker, at Retford Town Hall.

Councillor Bowker said: “We are proud of all of our achievers and there are some truly inspirational and heart-warming stories of Bassetlaw people who have dedicated themselves to improving their communities, have helped others or have achieved personal success.”