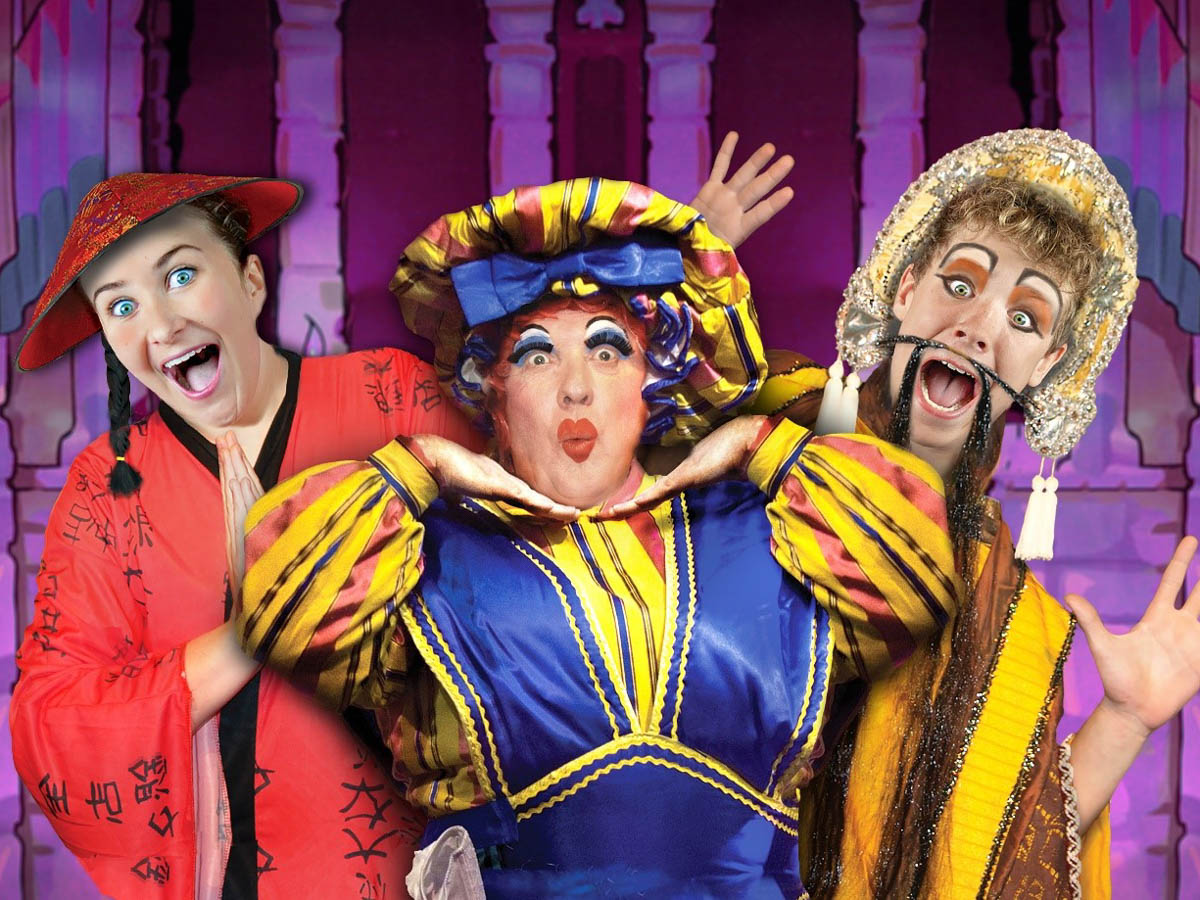 Aladdin flies by carpet to The Acorn!

The stage is set for a genie-us pantomime at Worksop’s Acorn Theatre this December, telling the magical, mystical tale of ‘Aladdin’. The fun-filled family show takes us to Old Peking, where poor peasant boy Aladdin finds fame and fortune, with the help of a magic lamp and a genius genie. But when his precious Princess Jasmine and his lucky lamp are stolen by the evil Abanazar, Aladdin and his friends must board their flying carpet on an action-packed adventure from China to Arabia. Pursued by potty policemen, goofy guards and man-eating sharks, will our hero be able to reclaim his lamp, rescue his princess and defeat wicked Abanazar?

The action-packed adventure is brought magically to life by The Young Theatre Company, whose acclaimed pantomimes have been thrilling sell-out audiences for 25 years. The talented cast of over 250 young performers, aged five to 18, are joined by the not so young but still well-loved panto dame David Cavell as the hilarious ‘Widow Twankey’. There’s even an appearance from the whacky, world-famous celebrity camel, Humphrey!

“Aladdin is full of magical surprises including a spectacular carpet flight sequence that has to be seen to be believed!” said director and choreographer Hayla Hawes. “It’s a fun-filled show stuffed with sparkling songs, crazy characters and non-stop laughter — it certainly promises Workop’s biggest ever pantomime, and our best yet!”

With an extended run due to popular demand, tickets are already flying out faster than a magic carpet, so book early to avoid disappointment. ‘Aladdin’ runs from Sunday 2nd to Sunday 9th December at The Acorn Theatre on Queen Street in Worksop. All tickets are £10.00 and available from the Acorn Box Office on 01909 501817, or book online at www.acorntheatre.net.